Airtel Thanks: Everything you need to know 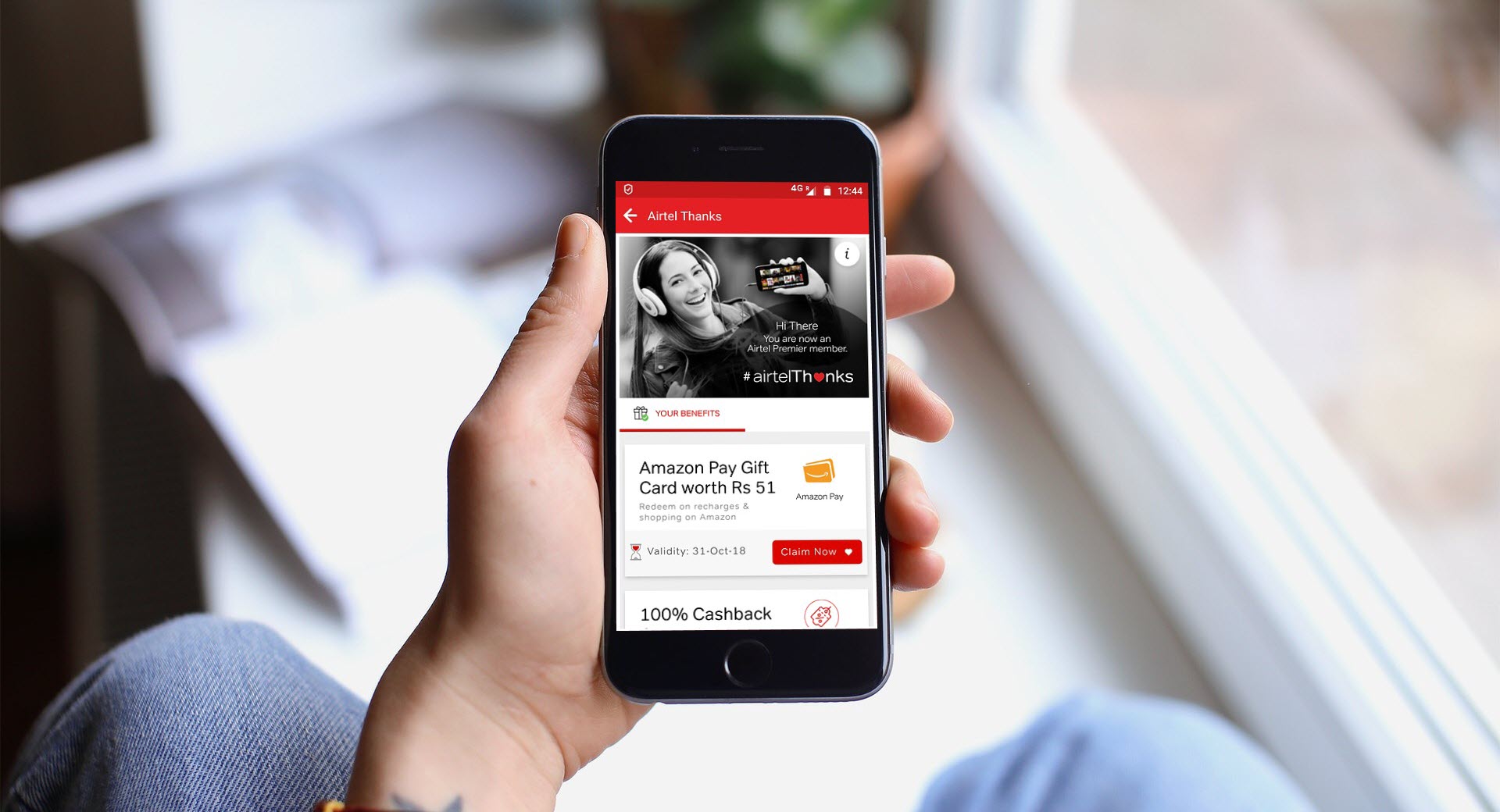 Airtel Thanks, a membership program for its smartphone customers, is being offered as a part of their 23rd-year celebrations. The program was announced in partnership with Amazon Pay on August 14, 2018.

One of the highly marketed perks of this offer was an Amazon Pay digital gift card worth Rs 51, which can be loaded as Amazon Pay balance.

Both prepaid and postpaid customers who use the SIM on a smartphone are eligible for Airtel Thanks offer — decided on the basis of current bill/recharge plan.

Prepaid customers who recharge with a bundled pack of INR 100 and postpaid customers on any infinity plan will be eligible for the Amazon Pay gift card and other deals of the Airtel Thanks offer.

The program will also be soon launched for select Broadband and DTH customers.

If a member who is eligible to the program changes his plan, their membership will be reviewed and if the plan change hampers their eligibility to the program, then Airtel will notify the customer within 4 hours of the change in plan.

What are the benefits? How to claim them? 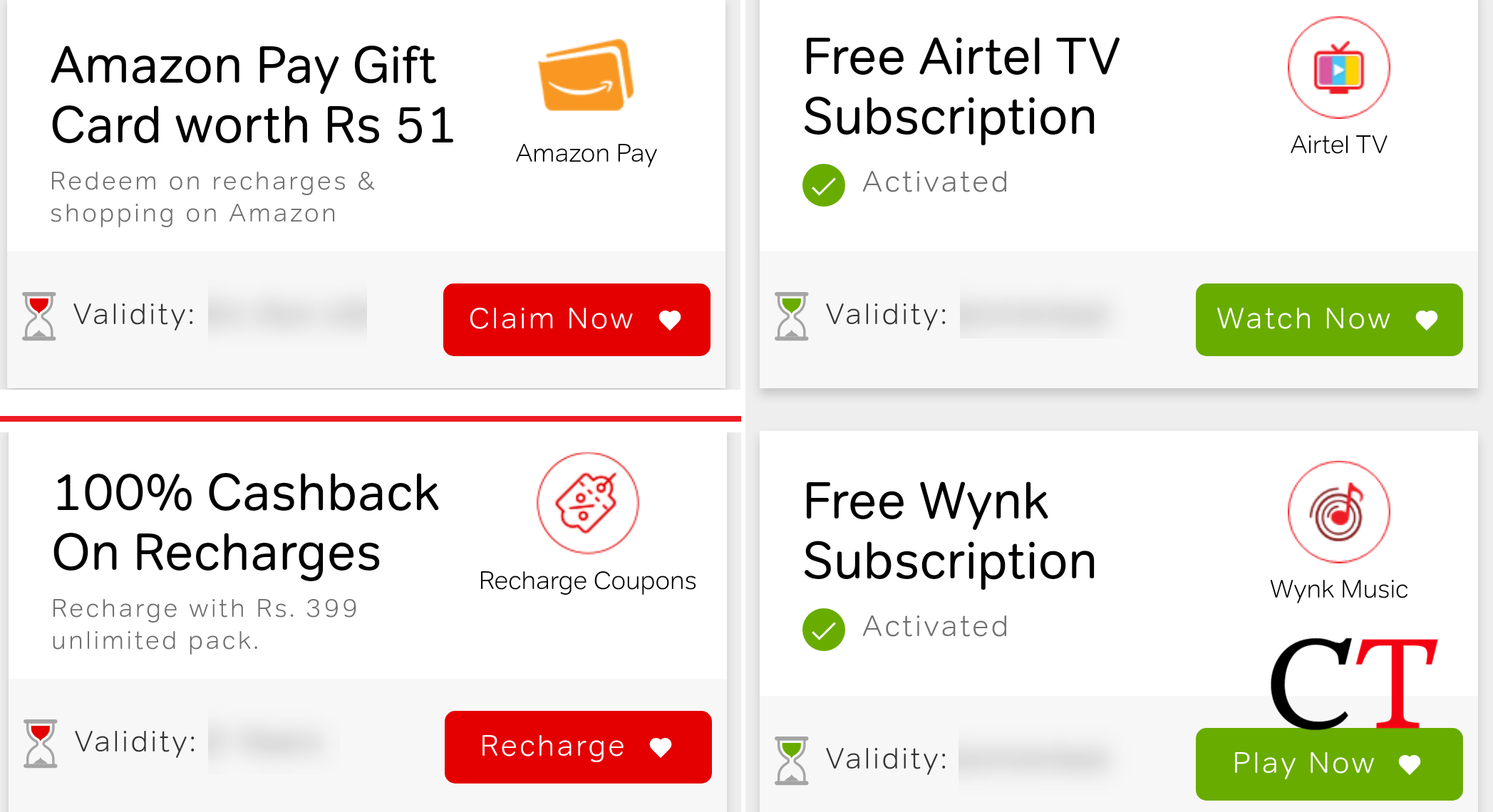 In addition to the INR 51 Amazon Pay balance, selected Airtel postpaid and prepaid customers will get the following benefits:

You can claim these benefits via the My Airtel app on your smartphone.

The Prime subscription will auto-renew for Android users after 12 months, that is unless you unsubscribe. Once that’s done, your Prime membership will expire after completion of this promotional 12-month offer. Membership doesn’t renew for iOS users.

The premium customer service gives you priority access to Airtel customer support with no IVR and zero wait time in connecting with the support staff. But given the huge number of customers in the country, this might not stay true for a long time.

Cashback is available to prepaid members of Airtel Thanks program on recharging with 399 or 448 unlimited recharge pack on My Airtel app.

How to avail the Amazon Pay gift card even if you’re not on the Airtel Thanks program? 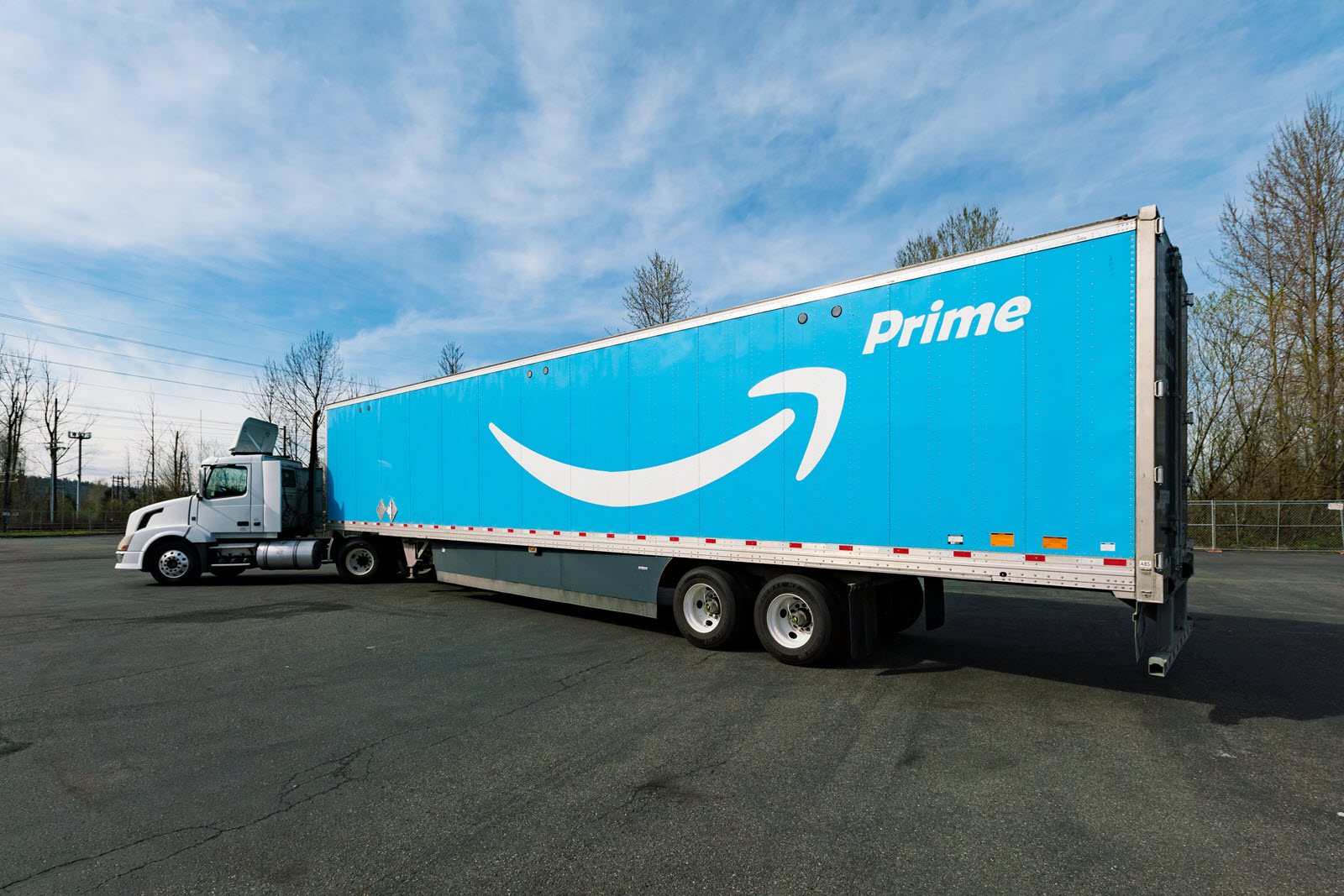 The digital gift card of INR 51 in value can be availed through the My Airtel app. Customers will need to open the app and click on the Airtel Thanks banner. The app is available on Android Play Store as well as iOS App Store.

If you want to avail the Amazon Pay digital gift card, you need to opt-in for a prepaid bundled pack of INR 100 or more or upgrade to an Infinity postpaid plan by September 14.

How can you join the Airtel Thanks program? 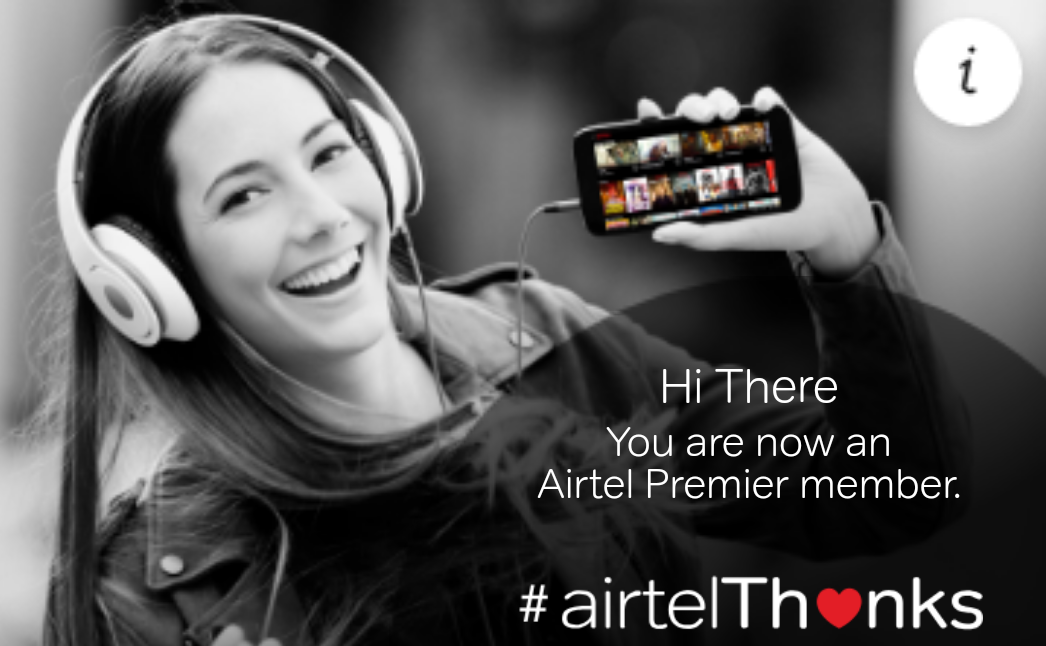 Airtel Premier membership or Airtel Thanks is an invite-only program for select prepaid and postpaid customers. The eligibility is decided on the following factors, among others:

What is Airtel Secure?

Airtel Secure is a device protection plan that covers your smartphone against accidental and liquid damage. If your smartphone is damaged accidentally, Airtel/OneAssist will pick-up the device from your doorstep, get it repaired from an authorised service centre and deliver it back to you.

The service is only available for devices purchased in India via authorised sales channels, for Indian citizens older than 18 years of age. Device age should also be less than 2 years as per the invoice.

If you’re changing your device, the membership is transferable to the new device via the My Airtel app. Plan cover and monthly charges will vary according to the device details.

If you’re a member, you’ll need to pay 10% of the insured charges whenever you send your device for repair, which can happen a maximum of one time during your membership tenure.

You can claim the service 15 days after the membership is activated. Claims for devices that have non-genuine parts or have been subject to unauthorised repairs will be rejected.

You will require to submit the following documents online while filing the claim or to the OneAssist team representative:

Apple customers will need to deactivate their Apple ID from the device and other relevant places before handing over the device for repair or replacement. If the Apple ID is not deactivated, the device will be returned unrepaired.

Theft and loss aren’t covered by Airtel Secure. You can check the status of your claim via the My Airtel app.

You can cancel your membership anytime via the My Airtel app or by sending an SMS, ‘STOP’ to 121 or calling 155223.

What is Data Secure?