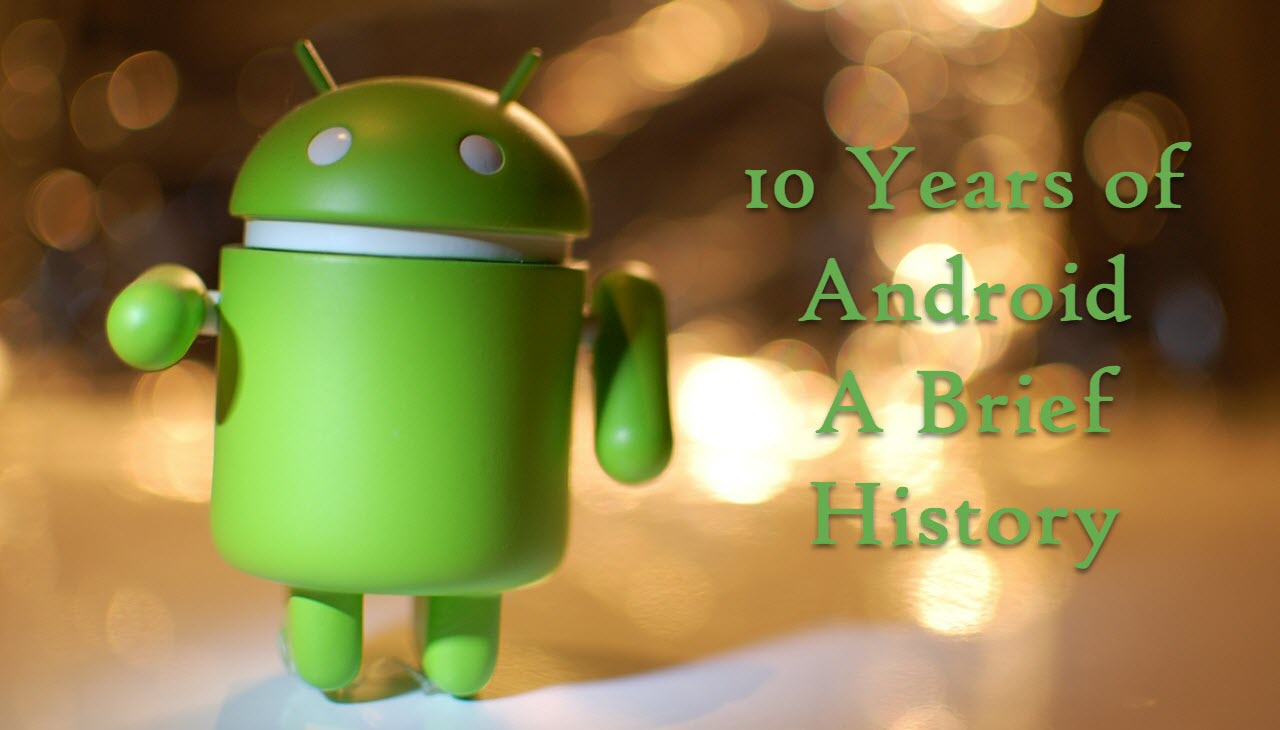 Google’s Android OS was introduced 10 years ago on October 22 with its first version 1.0 running on T-Mobile G1. We briefly take a look at the past decade of Android and how it has grown to north of 2 billion active devices worldwide today.

Android 1.0, which was launched with the Android Market (Google Play) wasn’t named by Google, but it did share a few features with the Android that you see and use today, like the pull-down notification screen, content sharing across apps and multitasking too.

But the first version also lacked features like voice search, NFC and turn-by-turn navigation, among others, while the latest Android version 9 ‘Pie’ uses a host of new features including using artificial intelligence.

As Android dominates the smartphone OS world with 88% of smartphones running on it (as of Q2 2018), we take a look at the history of Android from its early days as ‘cupcake’ to how it has become one of the widely used operating systems across smartphones as we go through the major improvements made over versions.

Updates: Android Q is officially Android 10 and the OS logo gets redesigned

Android 1.5 Cupcake was the first version of the OS that was named after a dessert by Google. With this, Google added virtual keyboards, customisation via home screen widgets, and the ability to share things directly from your phone.

It opened the gateway to full touchscreen devices, making it easier to capture, upload and share media as well as enhanced copy and paste ability of the device.

Android 1.6 Donut came with the very first Android search box. This enabled the user to search for anything from their device or the web directly via the search tool on the home screen. Support for varying screen sizes was also added in this update.

One of the most exciting Android updates at the time, version 2.0 Eclair came with support for Google Maps navigation, which really helped the smartphones become true to their ‘smart’ nature.

It was one of the first and, to date, one of the most important and used features on an Android smartphone. With the Android 2.0 Eclair update, turn-by-turn directions with a 3D view, voice guidance and traffic information were introduced — challenging the paid GPS navigation system services and rendering them obsolete over time.

This update also added speech-to-text that helped users input text into emails and messages using their voice. Interactive live wallpapers were also added to this update.

Android 2.2 Froyo reaffirmed the work started with Android 2.0. It enabled users to do more with just their voice. Following this update, Android smartphones were able to search, get directions, make notes, set alarms and do other tasks only via voice command from the user — the same way Google Assistant can help you today. 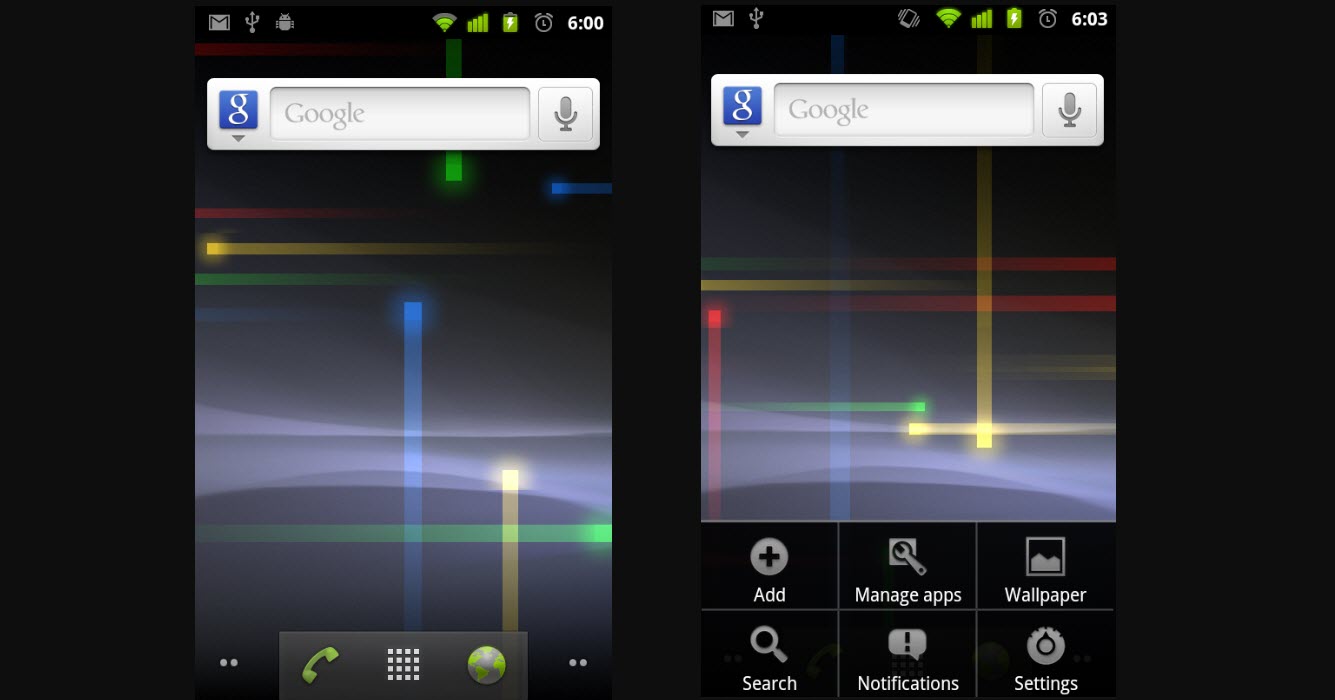 Android 2.3 Gingerbread brought forth the capability for users to utilise their smartphone’s battery life better — from knowing which active apps were consuming battery or is it your screen’s brightness that is hogging all of it.

According to Google, about 0.3% of Android devices currently run on Gingerbread versions 2.3.3 to 2.3.7.

Another Android update that made an impact in the world of gadgets. Android 3.0 Honeycomb brought the capabilities of the OS to tablets with a larger layout and richer animation.

A significant update, Android 4.0 Ice Cream Sandwich, was as well-received as its namesake is in most places. It brought with it a refreshed design and new features like app folders, favourite app tray and also added NFC support.

NFC payments started happening much later. Still, NFC on smartphones with Android 4.0 enabled them to exchange information among one another such as maps, videos, links and much more — place two phones together and the browser tab opened on one phone will be replicated on another.

This update also brought features from Honeycomb for tablets, like the ability to dismiss recent apps or notifications, to smartphones and made the UI intuitive.

According to Google, about 0.3% of Android devices currently run on Ice Cream Sandwich versions 4.0.3 to 4.0.4. 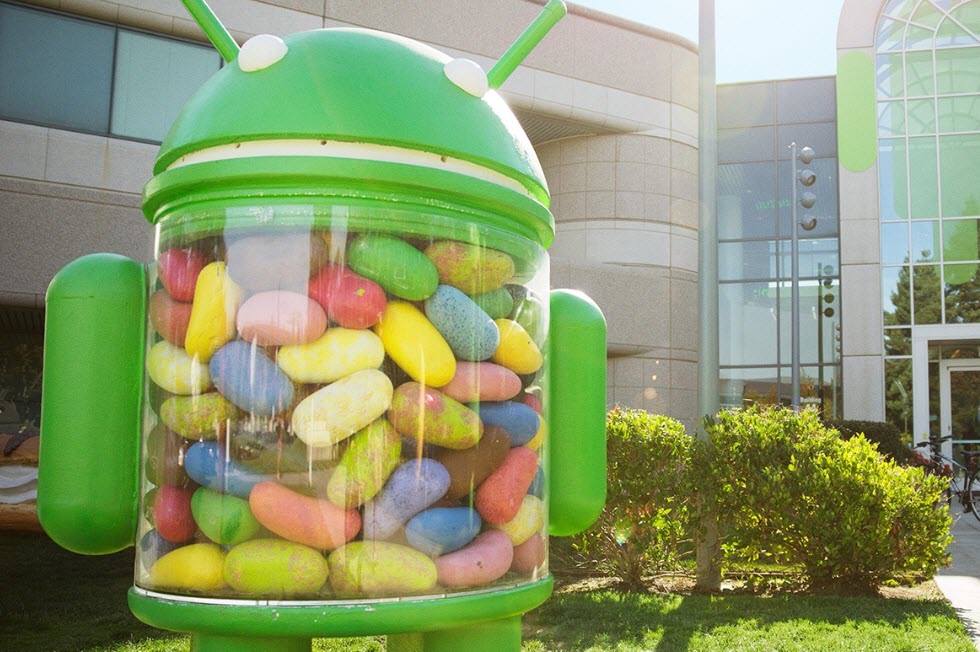 Google released the Assistant in one of its earlier forms with the Android 4.1 Jelly Bean update — Google Now. It helped you get the information you needed, such as daily weather updates in the morning as well as commuting time before you set off form home.

Notifications could also now be expanded to show more content and actions such as liking a post or blocking further notifications from the same app were also provided with the Jelly Bean update. 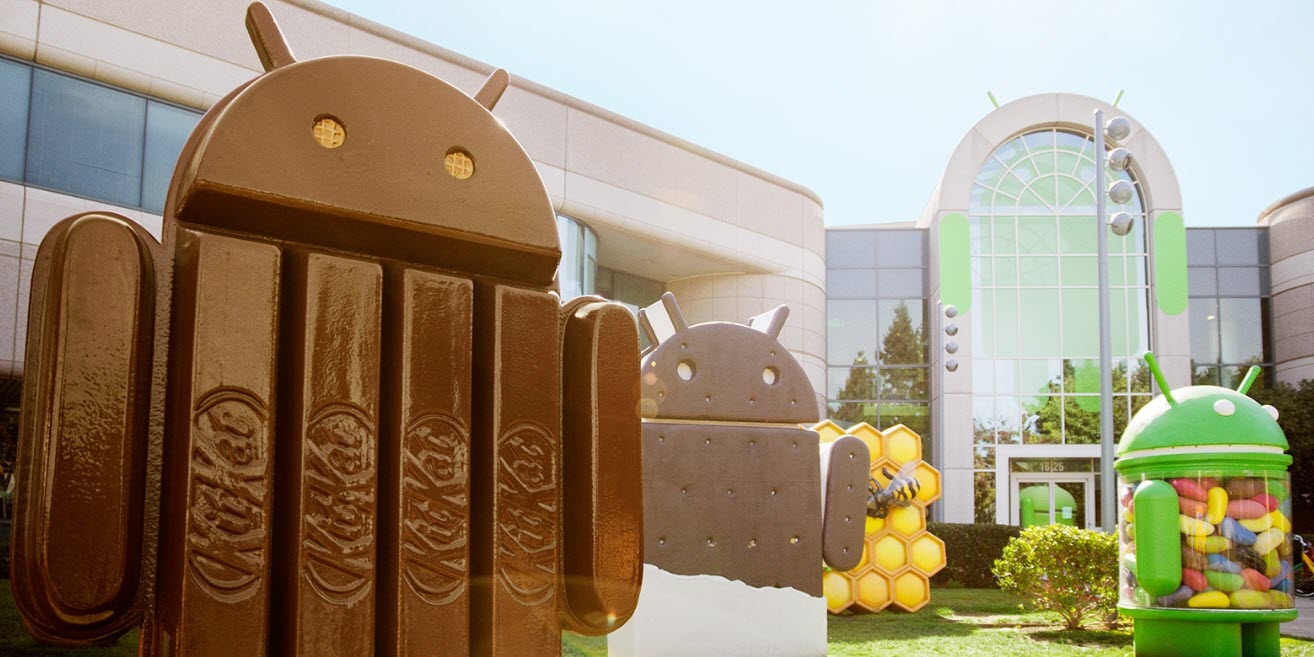 Android 4.4 KitKat is the OS update where ‘Ok Google’ was first introduced alongside some design modifications. This made it easier for users to launch voice search and command the smartphone to do other things via their voice without the need to tap a lot.

According to Google, about 7.8% of Android devices currently run on Kitkat version 4.4.

Android 5.0 Lollipop brought a new design to Android smartphones — several of those design elements can be seen in devices running Android 7 Nougat and a few even in Android 8 Oreo.

This update made the UI incrementally intuitive and made transitions seem smoother than before. It also enabled greater efficiency in cross-device compatibility as you could now log in to all with the same Google ID and start in another where you left off in one. 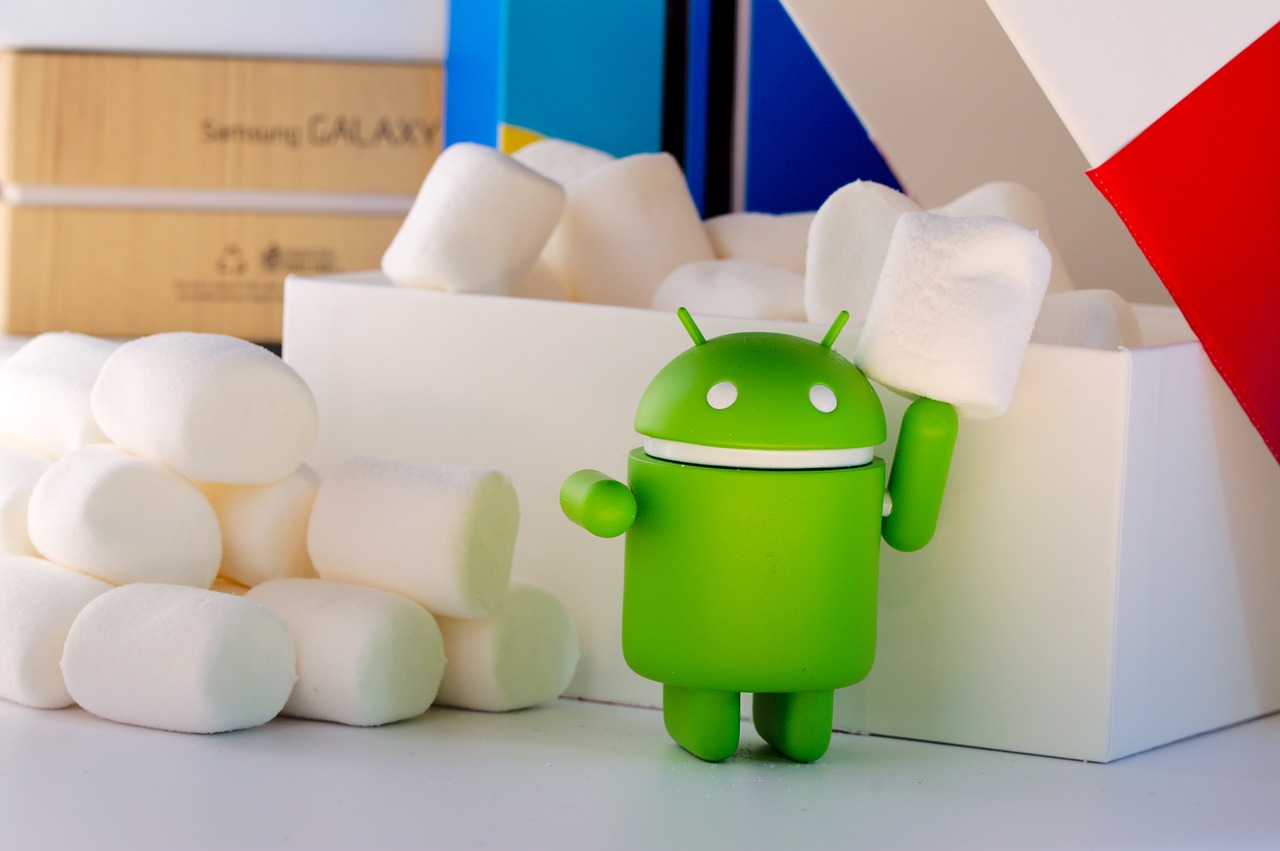 Google Assistant got even fancier with the Android 6.0 Marshmallow update. Users could now tap and hold the Home button to access Google Now features without having to leave their current active app.

The Marshmallow update also helped users save their battery better — that had started to be a nagging issue across Android users. It would put the device into a semi-sleep state when on standby, apps that weren’t used frequently impacted the battery lifeless and battery saving features like ‘Doze’ were also introduced.

App permissions also started to appear to help the users better understand what data was being used by specific apps.

According to Google, about 21.6% of Android devices currently run on Marshmallow version 6.0.

Android 7.0 Nougat was launched with majorly with improvements to the most popular features of smartphones like allowing users to multitask via a split-screen view that allowed them to open two apps at once and run them side by side.

Android 8.0 Oreo provided incremental updates and improved on the capabilities of the previous version by providing a seamless Android experience.

It also introduced features like picture-in-picture view, autofill and brought forward multiple swiping gestures to get small tasks like taking a screenshot or swiping up from home screen to see the list of complete apps.

Android 8.0 Oreo was also the first edition to be followed with a ‘Go’ edition, which is aimed to provide the latest Android experience to entry-level smartphones with low specifications.

The latest in of the lot that also features in the latest Google Pixel 3 and Pixel 3 XL devices, Android 9 Pie adds not only the power to harness artificial intelligence to your device but also cares more about the physical wellbeing of its users with Digital Wellbeing.

Digital wellbeing helps you understand your usage patterns and also of your family so that you can spend time on your smartphone more judiciously.

Artificial intelligence learns user behaviour on the go over some time and helps them by predicting the next tasks to prioritising battery consumption by apps — depending on what it learns from your usage pattern.

Android has had a decade of joyride — seeing both ups and lows while facing fierce competition from the likes of Apple’s iOS, Microsoft’s mobile Windows platform as well as several modded ROMs including the likes of Cyanogen (later renamed LineageOS) and others.

But as statistics show today, Google’s Android OS came out on top and currently enjoys the lions share of the smartphone market, credit to its open-source nature and continued advancement that resulted in an array of adopters of the operating system.