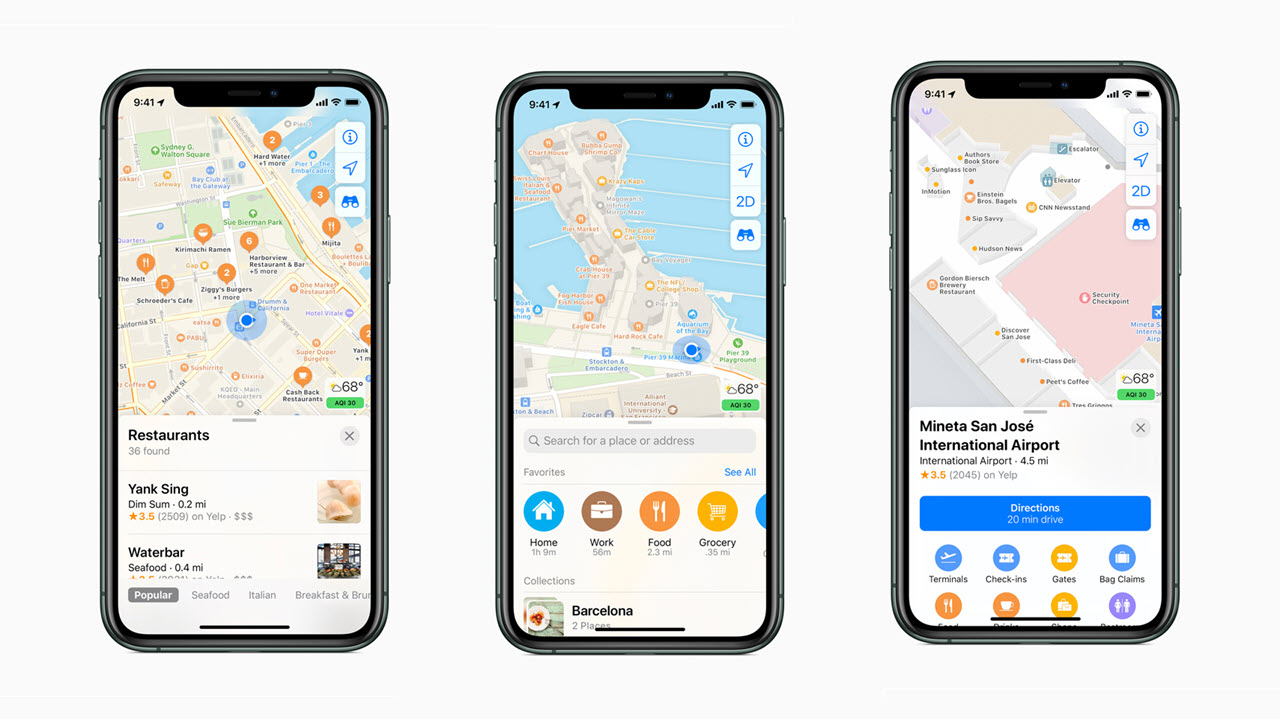 Apple Maps has been redesigned with a detailed land cover, precise addresses, better road coverage and pedestrian data, real-time transit, the ability to share ETAs, flight status, among several other features, many of which are already offered by Google Maps.

Apple’s Map app has received constant criticism since it was first launched and while Google’s product expanded its list of features by leaps and bounds, the Cupertino-based giant’s offering was stuck in the past, where no one wanted to go. Instead, Apple users flocked to its the rival Google’s offering.

However, Apple might have a one-up on Google in one regard — user privacy — if their claims are valid.

“We rebuilt the map from the ground up to reimagine how Maps enhances people’s lives all with privacy at its core. We set out to create the best and most private maps app on the planet that is reflective of how people explore the world today,” said Eddy Cue, Senior VP, Internet Software and Services, Apple.

Apple says that no sign-in is required to use its map app, which isn’t connected to the user’s Apple ID either. Features such as departure time suggestions are created via on-device algorithms. Any user data such as searches, routes and traffic information that is collected by Apple Maps is “associated with random identifiers and continually reset”.

The company also says that a user location data is obscured as 24 hours after a search is made the precise location where the search originated will be changed to a less precise one and data such as search terms or where the user travelled are not retained.

Currently, the redesigned Apple Maps is only available in USA and will roll out across Europe later this year.

In addition, the update also brings new features like ‘flyover’ that shows immersive 3D views of about 350 cities from above, using which users can check out the city and its landmark. You can learn more about the other updated Apple Maps features here.

In the News: Maze ransomware attackers threaten to expose data if not paid