Astronomers have found out signs of merging supermassive black holes 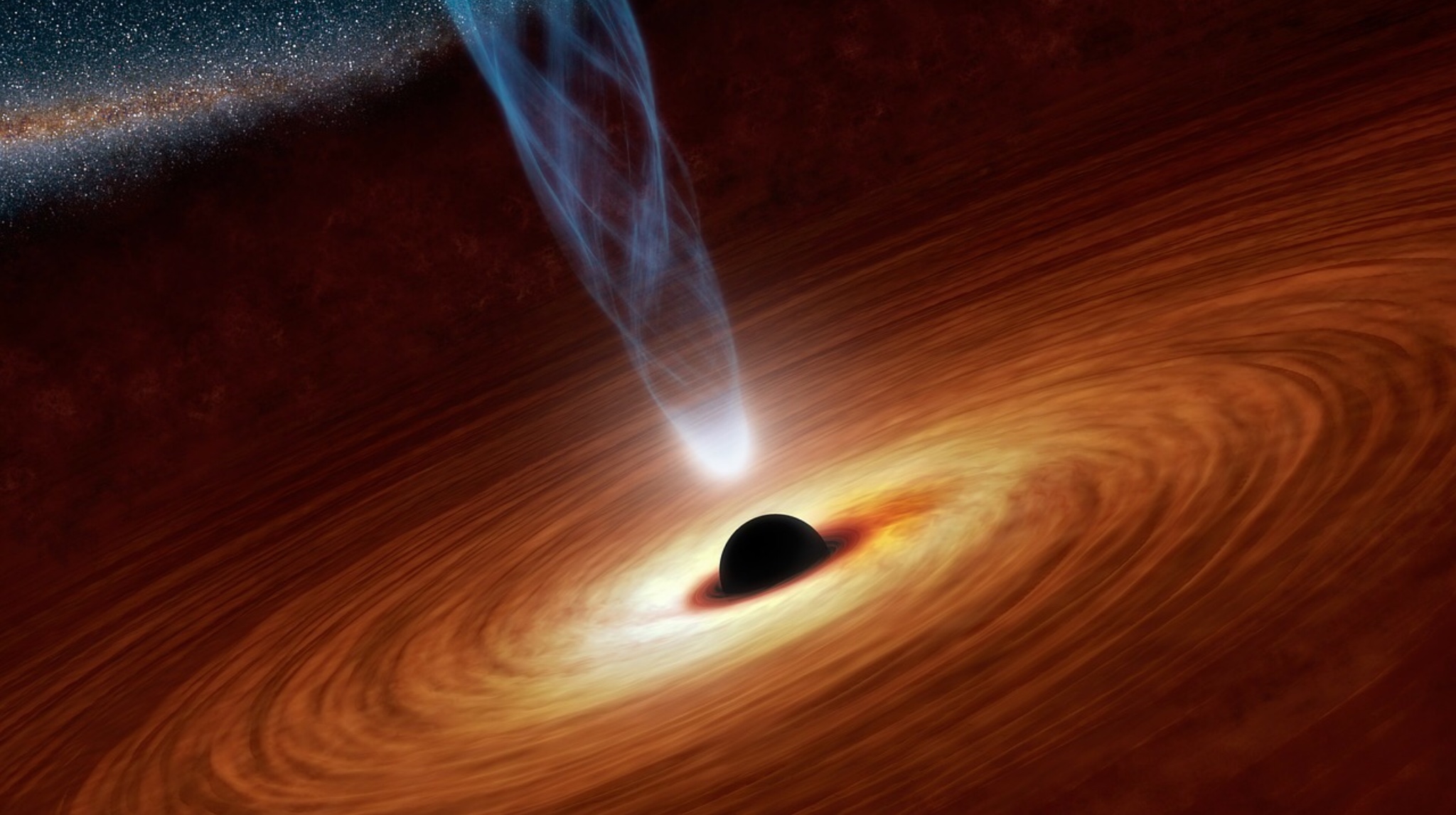 This confirms the current understanding of cosmological evolution — that galaxies and their associated black holes merge over time, forming bigger and bigger galaxies and black holes, said an international team of scientists led by astronomers from the University of Hertfordshire, UK.

For the research, published in the journal Monthly Notices of the Royal Astronomical Society, the team looked at radio maps of powerful jet sources and found signs that would usually be present when looking at black holes that are closely orbiting each other.

Supermassive black holes emit powerful jets. When supermassive binary black holes orbit, it causes the jet emanating from the nucleus of a galaxy to periodically change its direction.

Astronomers studied the direction that these jets are emitted in, and variances in these directions; they compared the direction of the jets with the one of the radio lobes (that store all the particles that ever went through the jet channels) to demonstrate that this method can be used to indicate the presence of supermassive binary black holes.

“We have studied the jets in different conditions for a long time with computer simulations. In this first systematic comparison to high-resolution radio maps of the most powerful radio sources, we were astonished to find signatures that were compatible with jet precession in three quarters of the sources,” said lead author Martin Krause, lecturer at the varsity.

A jet that always heads in the same direction only heats a limited amount of gas in its vicinity. However, jets from binary black holes change direction continuously.

Therefore, they can heat much more gas, suppressing the formation of stars much more efficiently, and thus contributing towards keeping the number of stars in galaxies within the observed limits, the astronomers explained.