In January of 2018, DJI unveiled another addition to the Mavic series, the DJI Mavic Air  — being smarter, lighter and smaller has proven to be a younger brother of sorts to the DJI Mavic Pro. While quite similar on paper, the two drones are significantly different in their own ways.

In this article, we’re going to compare the DJI Mavic Air and DJI Mavic pro over eight parameters. 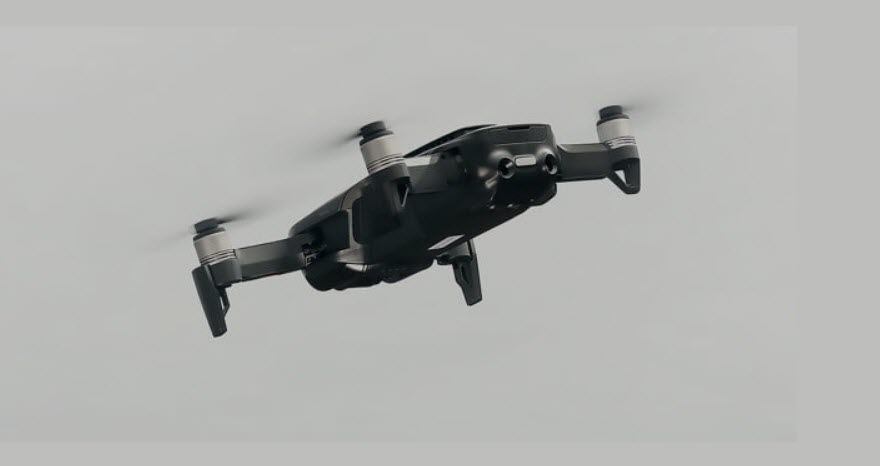 Being the smaller one of the two, while the DJI Mavic Air slightly loses out on flight time, it flies faster at a maximum speed of  68.4 km/h (in sports mode), which is seriously impressive for a drone this size. The DJI Mavic Pro, however, does not lag too far behind clocking about 65 km/h (again, in sports mode).

The cameras on both the drones are almost entirely identical, the exceptions being the 4K UHD (3840 x 2160) recording capacity of the Mavic Air and the ability to capture video on a higher frame-rate in FHD (120 fps).

The DJI Mavic Air also has a marginally less sharp camera (12 megapixels) than the Mavic Pro (12.7 megapixels). The camera on the Mavic Air can also capture still shots in HDR while the Pro has no such option.

The Mavic Air also has a better FOV (Field of View)  at 85° while the Mavic Pro only gets about 78.8°. Apart from these, every other thing is almost identical between these drones, including the camera gimbal.

The Mavic Air, when folded, is about the size of a smartphone allowing it to slide easily in your pocket. With its included folding controller, you can pop it in your backpack and go on an adventure at a moment’s notice. The Mavic Pro isn’t that much larger but definitely isn’t as portable as the  Mavic Air.

Both the drones offer an identical range of about 6.92 km laterally and a maximum height ceiling of 5000m, under ideal conditions and with a fully charged battery.

With no wind, the DJI Mavic Air can travel a distance of 10 km, and the DJI Mavic Pro can do up to 13 km. Remote controllers for both the drones have the same 2970mAh battery.

The biggest difference, however, comes when you look at the price tag. While the Mavic Pro retails at $999 the Mavic Air saves you some money at a retail price of $799, while offering almost the same (if not better) features.

Also, you get the option to buy the Mavic Air in a flashy red and black. So if your drone’s look is a concern, DJI has got your back.

But which one should you buy?

Both of these drones are awesome. They’re arguably the best drones on the market right now. While either one would be a great choice, different models are suited for different pilots.

That said, it’s worth noting that DJI also offers refurbished Mavic Pros at the same 799$ price point that the newly released Air sells. Though it might not sound appealing to get a refurbished drone, DJI ensures that they fly just as well.