Established Titles is a scam: Here’s why 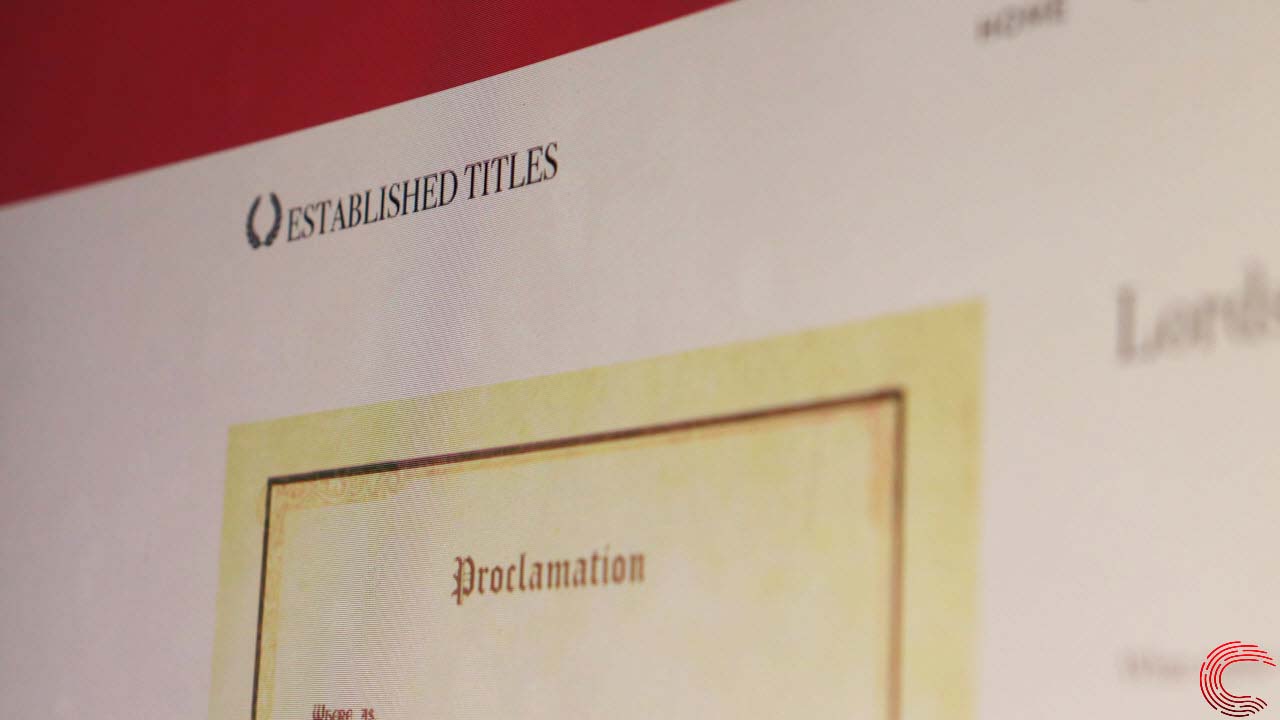 If you use YouTube, like most other people with internet access, you’re bound to come across someone who’s being sponsored by a company called Established Titles which claims to give out a one-square-foot plot of land that gives the buyer the right to call themselves a lord or lady and the money they spent goes to planting trees around the world.

Their rather aggressive marketing strategy on YouTube has seen nearly 50 or so big-time creators getting sponsored by the channel and promoting their products. This all went smoothly until a YouTube video from Scott Shafer was released on November 24, claiming that the entire thing is a scam.

Since then, several creators have dropped their sponsorships. A pandora’s box has been opened on similar companies like Kamikoto knives, which turned out to be related to Established Titles and is now also being accused of being a scam.

In the News: Pixel line-up gets built-in VPN, unified security controls and more

What is Established Titles, and what does it claim?

As mentioned before, Established Titles is a company claiming to give out small plots of land that bring with them the title of a lord or lady, depending on who’s buying the said plot.

The site offers three ‘packs’ called the “Lordship Pack”, “Ladyship Pack” and a “Couple Title Pack” that covers both a lord and a lady. The Lord and Lady packs let users choose between one, five or ten square foot of land to buy for $49.95. $209.95 and $349.95, respectively.

The couple title pack takes this a step further by letting buyers get more land, with the options being two, ten and 20 square feet of land coming in at $89.95, $359.95 and $394.95, respectively. The printed certificate is a $30 addition to all three packs.

Each pack includes the following:

The company claims that these packs are “based on a historic Scottish land ownership custom” where landowners are referred to as ‘Lairds’ — the Scottish term for a lord with the female equivalent being a lady. The company also says that you can use these titles on your identification documents “in most instances”.

In addition to giving away tiny plots of land in another country, they also claim that a tree is planted for each order, helping environmental conservation.

How is Established Titles a scam?

While this might seem mostly harmless, albeit expensive, there are suspicions around the claims that Established Title so boldly makes.

More specifically, these three claims are the most misleading:

Do Established Titles really give you a plot of land?

Established Titles does own nearly 200 acres of land in Scotland, with estates in Ardallie, Aberdeenshire, Dunfermline, Southwick, Dumfries and Galloway, Aberdeenshire, Wigtownshire, Eddleston. More information on these plots and their locations can be found on the company’s proof of land ownership page.

That said, what you, as the customer, are buying is a souvenir plot of land too small even to be registered with Scottish authorities. Instead, Established Titles itself maintains these records and hands out titles to customers.

According to the Scottish Land Registration Act of 2012 Section 22, a souvenir plot means a plot of land which:

This means that the plot of land you’ve bought essentially doesn’t exist under Scottish legislation. The law further states that “the buyer cannot acquire a real right of ownership in Scots law. Therefore, Buyers of the sale can’t become ‘owners’ of a souvenir plot.”

While the company claims that it’s not possible to build on the land you’ve bought because they’ve “pledged to conserve it forever in its natural state”, the reality is that you never buy any land. Established Titles still own the land and are ‘selling’ off tiny portions of it along with phoney titles that don’t mean anything.

Do you really become a lord by owning land in Scotland?

Established Titles clearly states that their certificates do not grant you peerages of the United Kingdom. They don’t make you a member of royalty. The claim that you can add Lord/Lady to your official documents where allowed is a replacement for Mr. or Ms.

The Court of Lord Lyon, Scotland’s highest authority regarding titles, clearly says that “ownership of a souvenir plot of land does not bring with it the right to any description such as ‘laird’, ‘lord’ or ‘lady’.” The Guardian has also reported the same.

You can become a lord or lady in Scotland, just not by a Black Friday deal on Established Titles. There are requirements to get a coat of arms and specific processes petitioners must go through.

The company doesn’t plant trees, instead outsourcing the task to two charities — OneTreePlanted and Trees for the Future.

The Established Titles website claims that over 2,065,630 trees have been planted by them so far via these charities in Scotland and around the world. Trees for the Future claims to have planted the exact number of trees on its website.

We couldn’t find any links between OneTreePlanted and Established Titles at the time of writing outside of the latter mentioning the charity on its website alongside Trees for the Future. We’ve reached out to OneTreePlanted for a comment and will update this report as soon as we hear back.

Established Titles itself is run by the CEO Katerina Yip, the Co-Founder and President at another company called Fail Ventures, and a board member at Galton Voysey and Trifecta Retail Ventures.

Fail Ventures is a venture capital firm that Yip co-founded with William Wolfram. Wolfram also founded two other companies — DealDash and Galton Voysey with the former heavily accused of scammy practices and deception and has been sued for the same.

Both of these companies, in addition to the aforementioned Kamikoto knives and Established Titles, are included in the six of 78 ventures funded by Fail Ventures and succeeded.

What do Established Titles say?

Not a lot. The first line in the company’s about us page reads, “Established Titles is a fun gift, meant for a good laugh and not to be taken too seriously.”

The company also posted an article named “Response to allegations from non-customers”, which implies that the entire thing is a joke, that the titles aren’t meant to be taken seriously and that customers can’t build or otherwise use the land they buy.