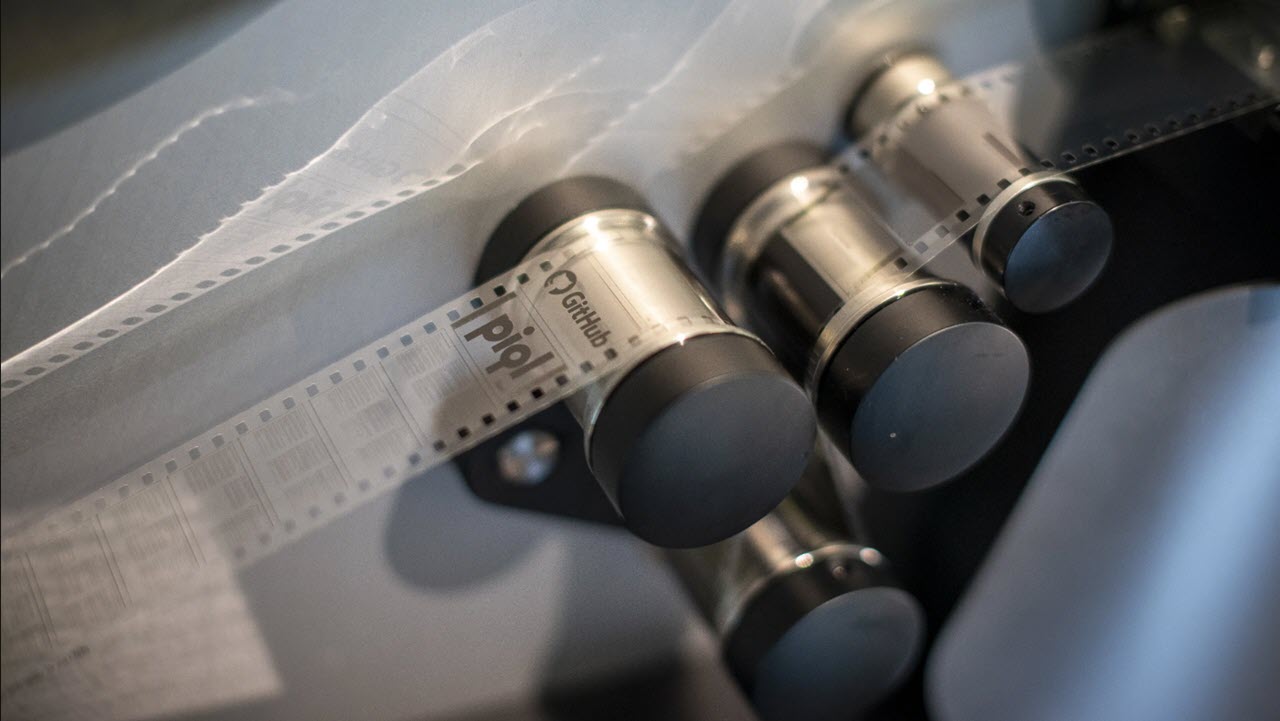 Github Arctic Code Vault, which was announced alongwith Github Archive Program at Github Universe 2019, with the aim of preserving all the available open-source codes, is now a reality. The company announced on Thursday that they took snapshots of all active public repositories on Github on February 2, 2020, and over the past months Piql worked on archiving the 21TB of data onto 186 reels of digital photosensitive archival film, called piqlFilm.

All this data has now made its way to the Arctic Code Vault, which is located in Svalbard, Norway — roughly 1000km from the north edge of the European mainland — and was deposited there on July 8, 2020. The vault is built to archive data for over a thousand years.

Every one of the 186 reels in the archive contains a copy of the ‘Guide to the Github Code Vault’ in five languages. One of them is a readable reel, called the Tech Tree, which includes technical history and the cultural context of the archive.

“The Tech Tree will consist primarily of existing works, selected to provide a detailed understanding of modern computing, open-source and its applications, modern software development, popular programming languages, etc. It will also include works which explain the many layers of technical foundations that make software possible: microprocessors, networking, electronics, semiconductors, and even pre-industrial technologies,” announced Julia Metcalf, Director of Strategic Programs at Github.

All the developers that contributed to the open-source software that has been stored in the Arctic Code Vault, will see a badge in the highlights section of the profile, designed to recognise their contribution to the program.

“This will allow the archive’s inheritors to better understand today’s world and its technologies, and may even help them recreate computers to use the archived software.”

According to the Microsoft-owned platform, the pandemic derailed their plans of personally escorting the archival films to the Arctic Vault. The code has been stored in a chamber under hundreds of meters of permafrost that is accessed via a decommissioned coal mine in the mountains near Longyearbyen, Svalbard.

In the News: Apple updates its coding terminology to avoid slavery references