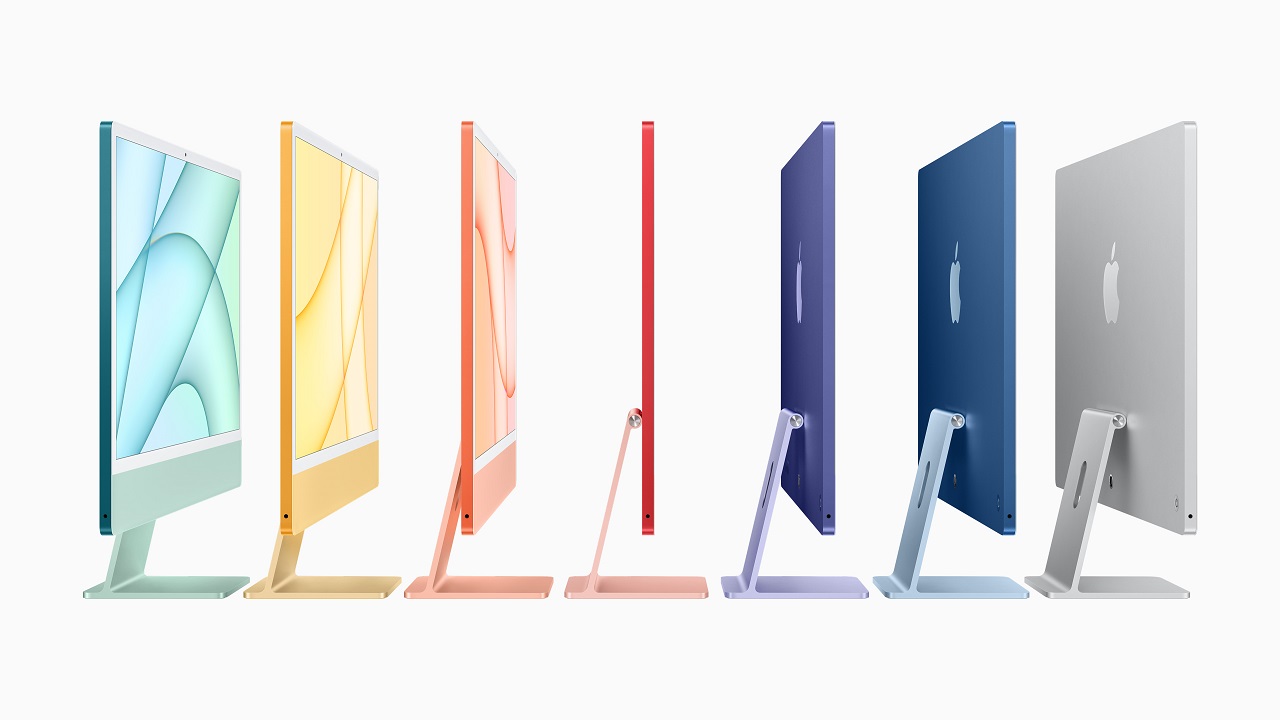 In its Spring Loaded event, Apple announced the next-gen iMac and iPad Pro Series, which are now powered by the M1 chip, as part of Apple’s transition to their silicon. This article lists everything you need to know about them.

Also, amongst other announcements, the Cupertino-giant unveiled Air Tags, the long-rumoured Tile-like tracking device, the next-generation Apple TV 4K with a redesigned Siri Remote and Purple colour for iPhone 12 and 12 Mini.

Apple Podcasts will also receive a redesign, along with the introduction of a new paid subscription. The new service will launch in 170 regions this May.

And lastly, for those who use the Apple Card, spouses will now be allowed to merge credit lines, and for interested households, Apple Card is now accessible to anyone older than 13. These new features are part of now what is called Apple Card Family.

If you keep up with rumours surrounding Apple, you may have read about the iPad Pro receiving a chip equivalent to the M1 in terms of performance.

While there wasn’t any announcement of an iPad-focussed chip, what Apple did unveil was the inclusion of Mac’s M1 chip with the iPad Pro series.

Among other hardware improvements, common to the two variants of the pro-tablet, there is now a Thunderbolt USB 4 port, which allows for faster data transfer and support for external displays of up to 6K resolution.

The iPad Pro’s cellular models now include support for 5G and can achieve claimed download speeds of 3.5Gbps, and mmWave versions in the US can reach up to 4Gbps.

While the camera system on the rear remains similar to the previous generation, users may notice computational improvements due to the introduction of Smart HDR 3.

Center Stage uses a wide field of view to capture more information and change the frame of a shot to deal with a person’s movement; whether this wide camera will improve Face ID performance is unknown.

Apart from their size, the only other difference between the 11-inch and 12.9 iPad Pro is the display technology used in the larger tablet.

It borrows aspects, like the million-to-one contrast ratio and local dimming zones from Apple’s Pro Display XDR and hence the name. The panel can now reach brightness levels of up to 1000 nits for full-screen content and 1600 nits of peak brightness.

Apple’s technical specifications still list the typical brightness as 600 nits, so users may only notice the higher levels in specific use cases, like when watched HDR-certified content.

Apart from this, no new iPad accessories were announced, except for a white colourway for the Magic Keyboard.

The tablets can be ordered starting 30th April and will be available in the second half of May.

Note: iPadOS 14.5, slated for release later this week, will bring support for Sony’s DualSense controller, new Xbox controllers, and improvements to Scribble, among other features.

Apple’s transition to Apple Silicon announced in June 2020 and slated to take place over the next two years, started with the M1 chip in MacBook Air, 13-inch MacBook Pro and Mac Mini.

The process continued with the unveiling of a redesigned iMac. Which now brings a 24-inch display, seven different colours and will start at USD 1299.

The new all-in-one has a 4.5K display (4480 x 2520) with support for TrueTone technology and can connect to an external monitor of up to 6K resolution via its Thunderbolt ports.

The front-facing camera received an update to a 1080p sensor which combines with the M1 chip’s ISP to provide consumers with a marked improvement in video performance. To go along with this, Apple is bringing its claimed studio-quality microphones to the new iMac and a six-speaker setup that supports their spatial audio feature for Dolby Atmos-certified content.

With the redesigned chassis that contains the M1 chip and a new thermal system, Apple claims an 85 per cent faster CPU — compared to last generation iMac –and graphical improvements in applications like Photoshop and Affinity Photo.

While the redesign looks like it will be a welcome change, some consumers may be unhappy about the inclusion of a power adapter that did not exist for the previous generation of iMac. This adapter includes an Ethernet port for wired connectivity.

iMacs can be ordered beginning April 30th and made available in the second half of May.