7 ISRO achievements in the 21st century you must check out 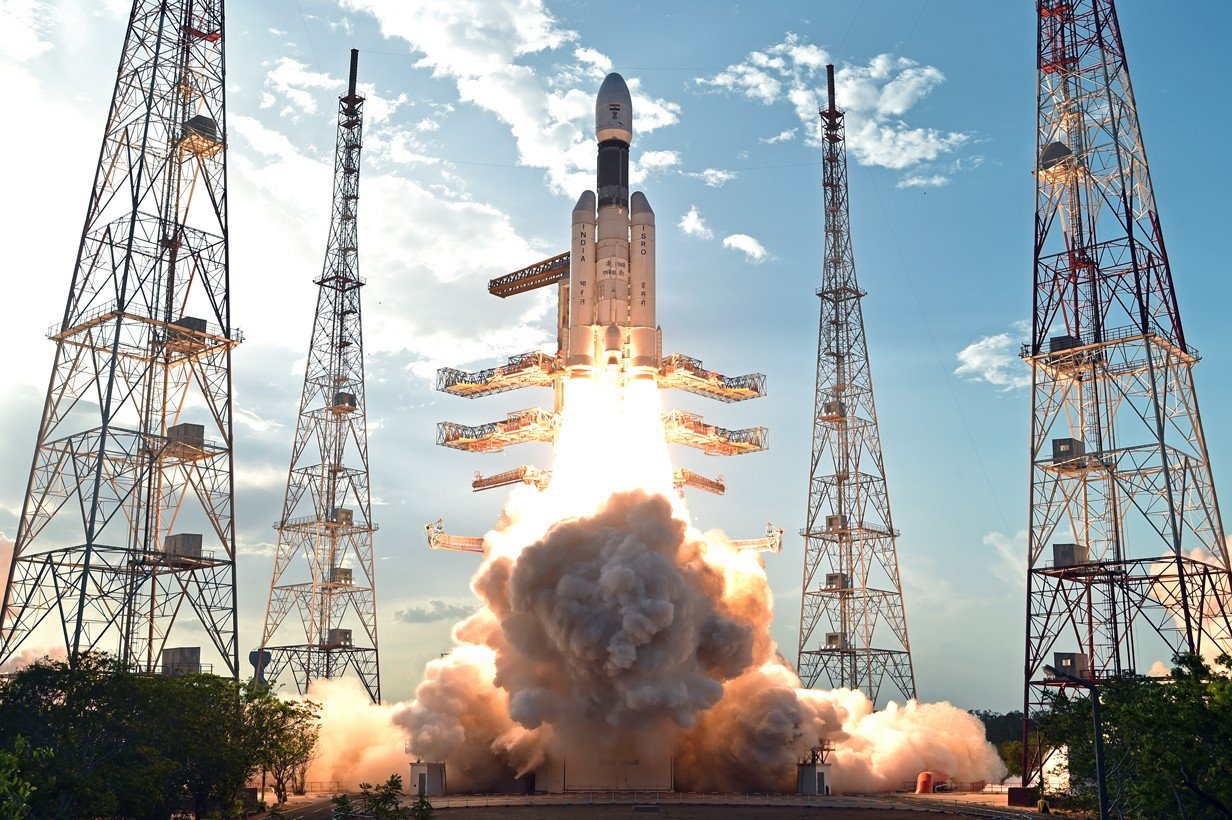 Indian Space Research Organisation (ISRO) is the premier government body dedicated to space research in India. It was established in 1969, with a mission to “provide the Nation space-based services and to develop the technologies to achieve the same independently.” ISRO is dedicated to bringing space services to the common man, and in the process, has become the world’s sixth-largest space agency.

Recently, ISRO has become the talk of the town with its Chandrayaan 2 mission which aims to place a lander on the south pole of the moon. Since its formation, ISRO has achieved some outstanding results, albeit some mission failures. We are bringing the seven most significant achievements of ISRO in the 21st century, including Chandrayaan 2. 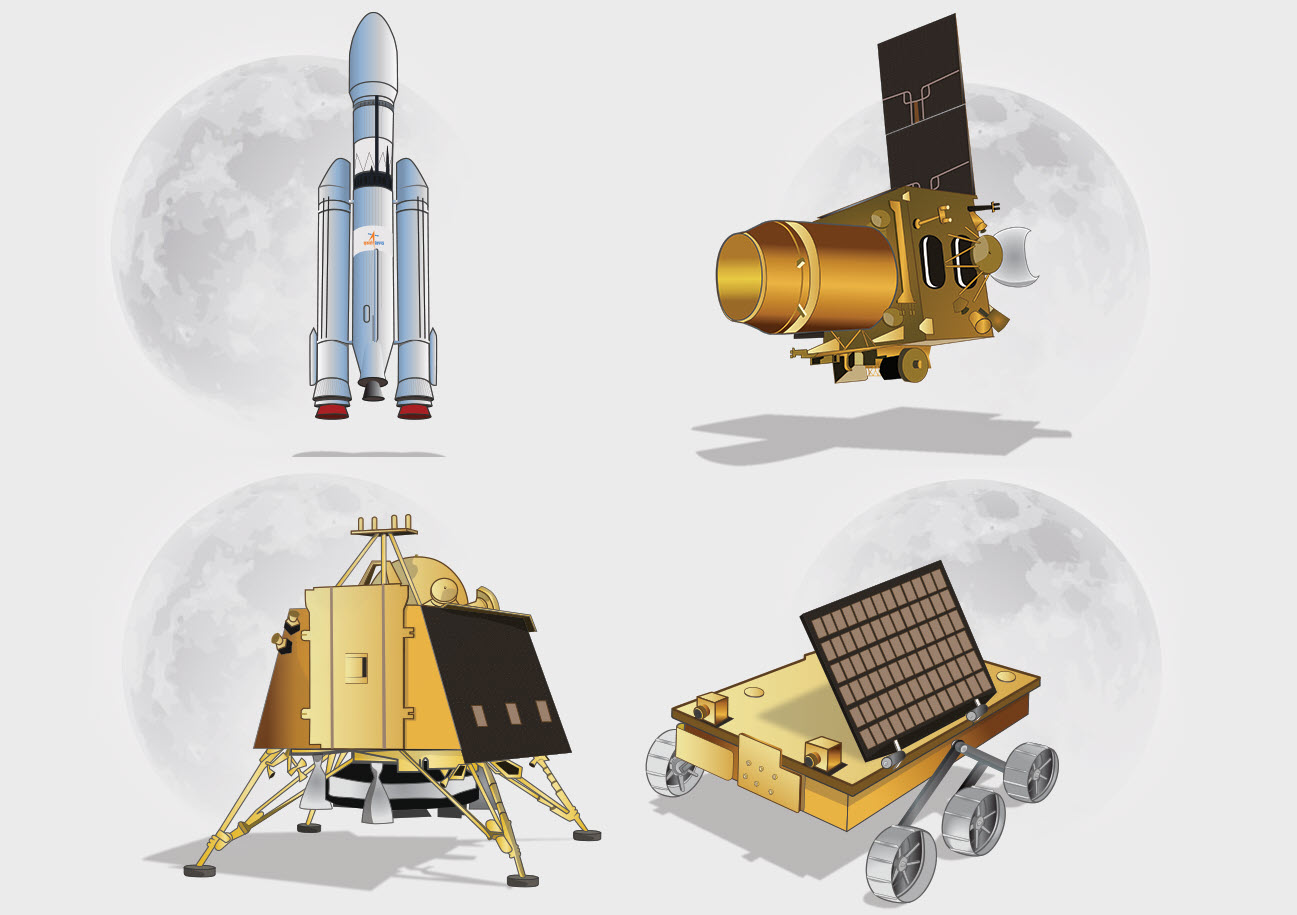 On July 22, 2019, the world was looking towards India as ISRO was preparing for the final launch of Chandrayaan 2. Chandrayaan 2, if successful, will accomplish what others were still dreaming for — to land on the moon’s southern polar region. Chandrayaan 2 plans to soft-land on the Southern Polar Region of the moon, September 6, 2019. A soft landing is a controlled landing resulting in zero damage to the lander. The Southern Region, much like the far side, is not yet explored.

The mission is tasked to conduct topographical studies as well as analysis of the minerals present on the surface. This mission will also analyse and extend the observations of Chandrayaan 1, namely the discovery of water molecules.

As per the latest updates from ISRO, the Second Lunar bound orbit manoeuvre was completed on August 21, 2019, and all the parameters are normal.

The mission was aboard the most powerful launcher of ISRO — Geosynchronous Satellite Launch Vehicle Mark-III (GSLV Mk-III), which is capable of launching 4-ton class satellites to the Geosynchronous Transfer Orbit (GTO).

The main objective of HysIS mission is to study and analyse the earth’s surface in two regions of the electromagnetic spectrum — visible and near-infrared (VNIR) as well as short infrared (SWIR).

On November 29, 2018, the mission was launched aboard the PSLV-C43 launcher along with thirty satellites from eight other countries.

The data from the satellite can find application in a wide variety of fields such as agriculture, forestry, geology, among others. 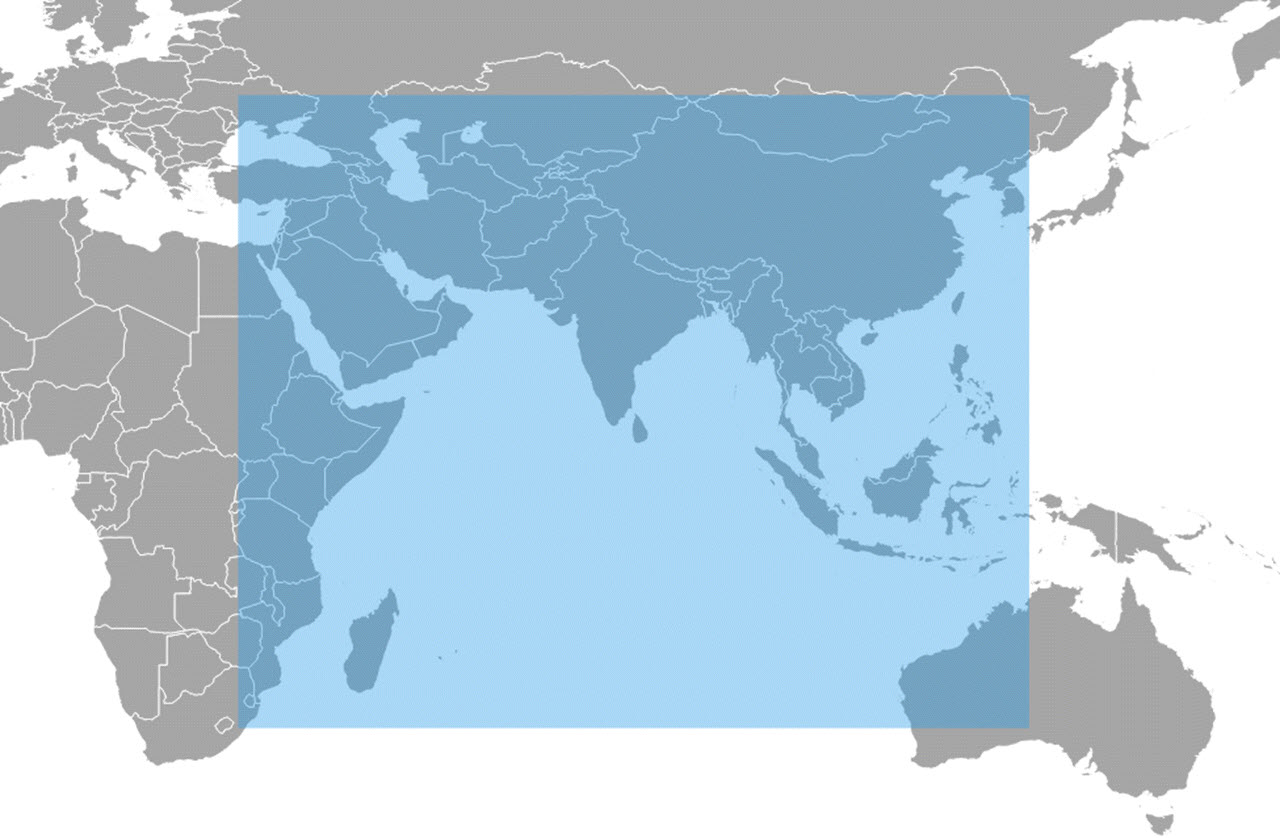 IRNSS is the indigenous navigation positioning system developed by ISRO and promises to provide a position accuracy of less than 20 m. It is India’s GPS and can primarily provide information up to 1500 km from Indian borders. Its Extended Service Area includes the primary service area and areas between Latitude 30 deg South to 50 deg North and Longitude 30 deg East to 130 deg East. Thus, as we can see, it still does not have global coverage, yet.

IRNSS works on two levels — one is the Standard Positioning Service (SPS) which is for all users, and the other is the Restricted Service (RS0, reserved for authorised users such as the military.

IRNSS is an eight satellite constellation of which three satellites are located in geostationary orbit and the remaining four in the geosynchronous orbits. Various launchers, including PSLV-C33, PSLV-C32, PSLV C-31, PSLV-C39 were used for launching the satellites.

Cartosat -2 Series Satellite weighs around 714 kg, and the combined weight of the rest of the satellites was 663 kg. The total weight was around 1378 kg. The two nanosatellites of ISRO — INS-1A and INS-1B — had have played a key role in providing an opportunity for carrying innovative payloads.

It was the thirty-ninth flight of the Polar Satellite Launch Vehicle (PSLV) and sixteenth flight in ‘XL’ configuration (using a reliable strap-on motor). 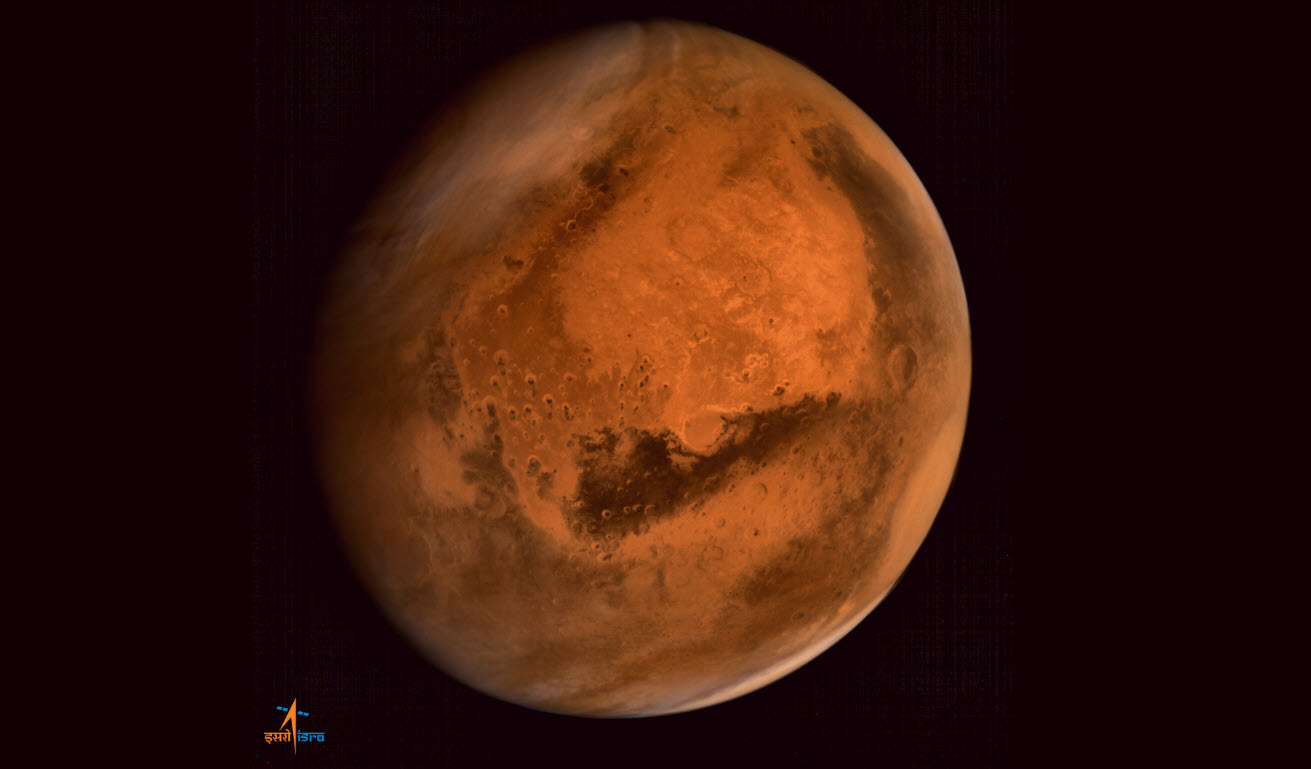 Image of Mars clicked from Mars colour camera (MCC), which is onboard ISRO’s Mars Orbiter Spacecraft

ISRO made it to the headlines with the launch of this mission. The mission was launched on November 5, 2013, with two sets of objectives — technological and scientific. The technological goals were related to the technical aspects of the spacecraft such as design, communication, navigation, orbit insertion as well as know-how to handle contingency situations. Whereas, the scientific objectives were related to the scientific study of Mars’ surface and atmosphere.

The payloads of the mission include:

The launch vehicle for the mission was PSLV-C25, and this was the twenty-fifth flight of PSLV. As per the latest update by ISRO, Mars Colour Camera has captured more than 980 images of the red planet and is the only artificial satellite to capture the full disc of Mars along with the far side of Deimos, in one image. 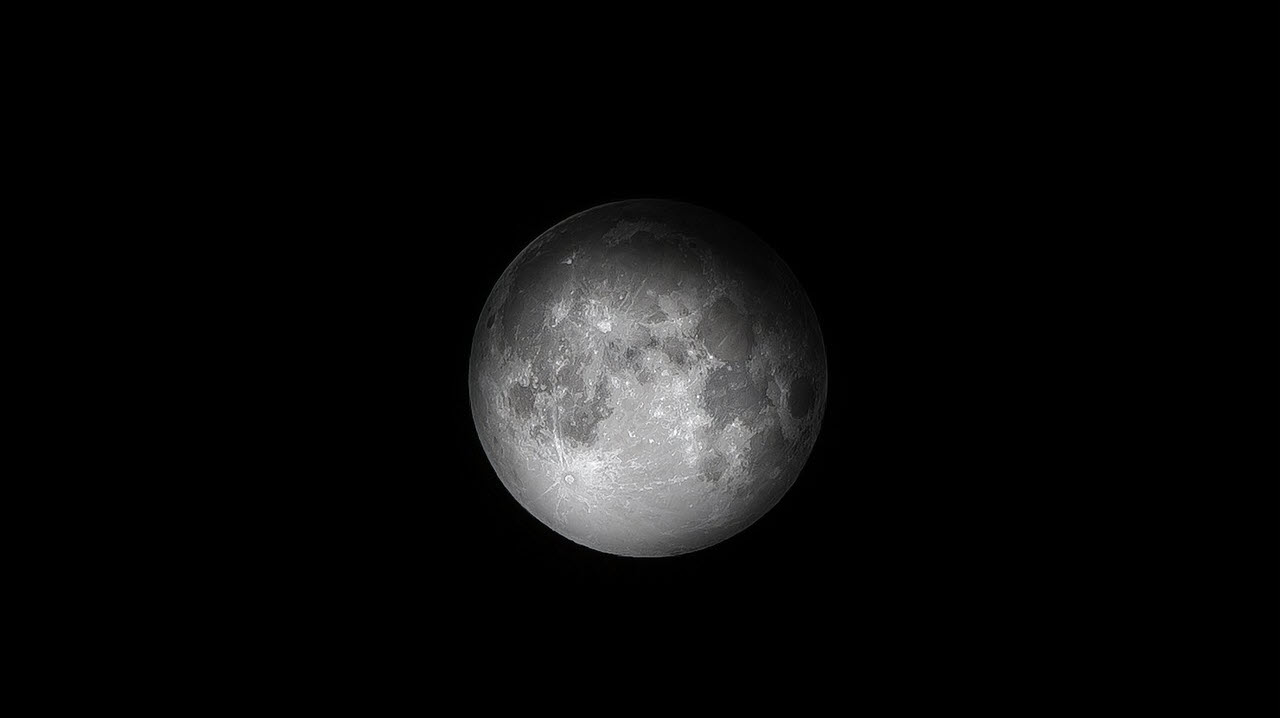 This mission was India’s first tryst with the Moon. The mission was launched on October 22, 2008, and worked reasonably well till August 29, 2009, when the communications were lost. The mission had eleven scientific instruments built in five countries apart from India, including USA, Germany, Sweden and Bulgaria.

Although planned for two years, the mission only completed 312 days, but the scientists say that the mission had already completed 95% of its objectives

The mission payloads were eleven in number, of which five were from India, and the remaining were from abroad. This mission will be known for discovering water on the Lunar surface. Along with that, the mission also helped scientists to study the impact of solar winds on a planetary body without a magnetic field. Furthermore, Chandrayaan-1 has detected titanium, along with calcium, magnesium, aluminium and iron, on the Moon.

The mission was aborad PSLV-C11 wit a combined liftoff weight of 1380 kg.

RISAT-2, launched in 2009, was the first satellite of the series. It was launched in the aftermath of the 2008 Mumbai attacks and primarily had military applications.

RISAT-1 was launched in 2012 and carried a Synthetic Aperture Radar (SAR) payload, which enables imaging of Earth’s surface in day or night irrespective of weather conditions. The satellite has applications in agriculture and disaster management.

RISAT-2B is the last of the three satellites and was launched on May 22, 2019. The data from the satellite is used in Disaster Management System.

Thus, we have seen the vital space missions of ISRO. ISRO has big plans for the upcoming years too. You can read about the future ISRO missions in our article here.

Let us know which ones are your favourite and the ones you’re looking forward to in the comments down below.