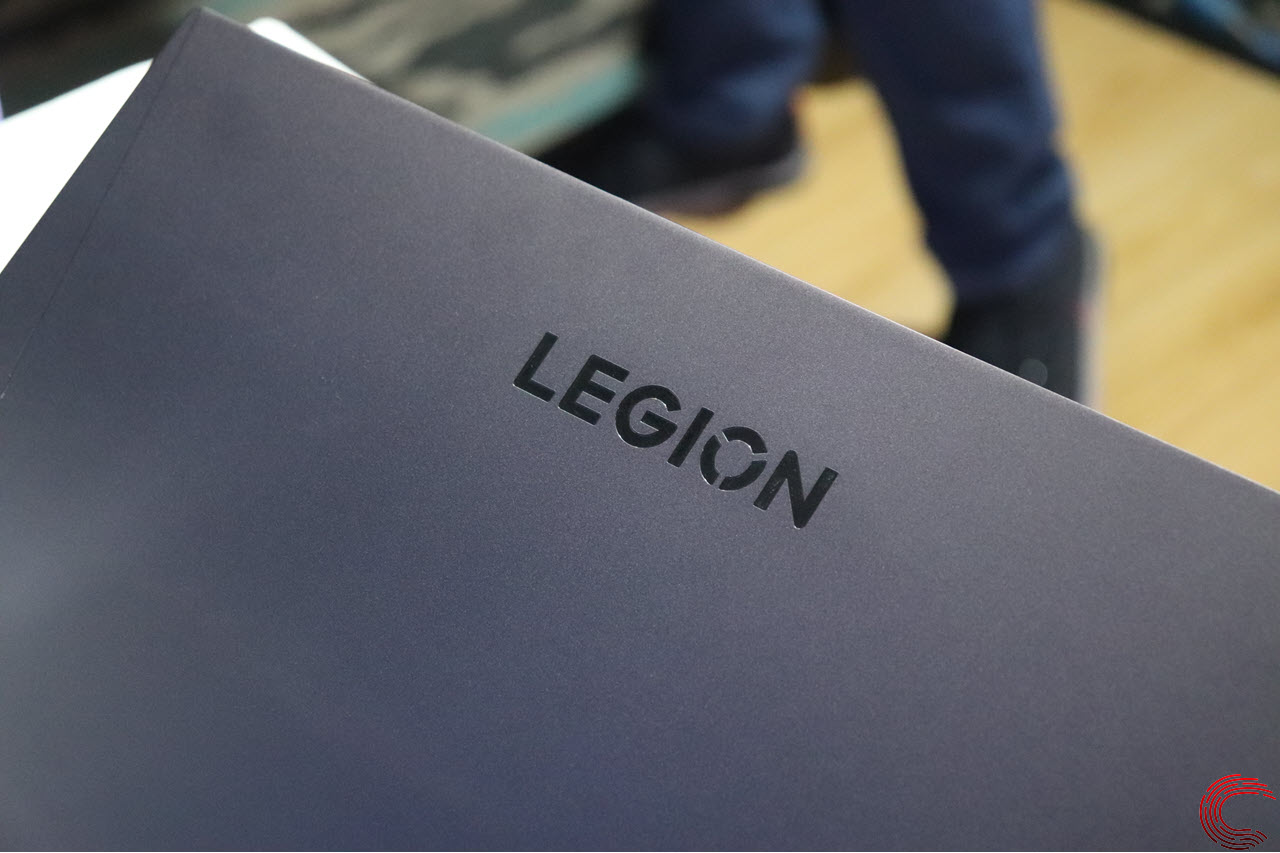 Coming back to offline events after a break of two years, Lenovo announced new laptops for its Yoga and Legion lineups. The company’s gaming-focussed arm, Legion, saw three new laptops with an IdeaPad gaming laptop in the mix.

The newly announced Legion devices include the Legion 5i, Legion 5i Pro and Legion Slim 7. The IdeaPad 3i got its 2022 refresh with updated design and internals. All four devices are powered by Intel’s 12th generation H series processors and max out at the RTX 3070 in terms of GPU.

The company was primarily focused on delivering better thermal performance thanks to its new Coldfront 4.0 cooling and decking out the laptops with better keyboards taken from the Thinkpad lineup.

The IdeaPad is the cheapest of Lenovo’s new refreshes and is the only device to come in two different size options — 15 and 16 inches. It’s a well-built machine, with the updated design taken from its elder sibling, the Legion 5i, meaning you get the signature ports on the back look with the device slightly extending beyond the screen.

One of the biggest changes, however, is in the keyboard. Lenovo is using a new TrueStrike keyboard derived from its Thinkpad lineup and updated with gaming in mind on all four of these newly refreshed laptops to up the typing experience, which seems to be working.

The keys are well stabilised, have just the right amount of travel, and the keyboard features swappable keycaps. They aren’t mechanical keys, however, so the tactile feedback isn’t quite what seasoned mechanical keyboards would expect, but it’s certainly suitable for a laptop at this price range.

The display isn’t exactly mindblowing in terms of resolution or brightness, coming at 1920 x 1080 and 300 nits, respectively, but it does a good job considering it’s rated 100% sRGB. You also get an anti-glare coating that removes a little bit of sharpness from the image but can be helpful in bright lighting conditions.

300 nits for run-of-the-mill gaming laptops is the standard, but the anti-glare coating makes the display seem a little less bright than it is in real life. Lenovo has, however, thrown in a 165Hz panel to compensate for the otherwise lacklustre display specs.

Lenovo claims up to eight hours of battery life from the 60Wh battery running everything. However, considering the internals, it doesn’t seem likely unless you turn the settings down, which will impact the laptop performance significantly.

Although Lenovo didn’t explicitly say there was a 3050Ti version of the laptop available, the test unit we got to play with did have a 3050Ti in it, suggesting that depending on your region, you might be able to spec it a little higher. There’s an optional Thunderbolt 4 port that’s only available on the RTX 3050 and RTX 3050Ti models.

Speaking of which, the port situation is a little bit sad for a gaming laptop. You get two USB 3.2 Gen 1 ports, one HDMI 2.0, ethernet and a headphone/microphone combo jack. If your laptop lives as part of a bigger setup, the RTX models will be of much higher appeal to you.

The IdeaPad 3i starts at ₹84,990 and is available for pre-orders starting July 13. The laptop will be available across Lenovo’s online and offline partners including Amazon starting from Amazon’s Prime Day sale on July 23.

The Legion 5i has the same anti-glare coating as the IdeaPad 3i and the same 300 nits brightness, which means it also loses out on some display clarity. However, the higher resolution does make up for the loss in sharpness. The display is also G-Sync compatible.

There’s also a new cooling solution named ColdFront 4.0 that’s supposed to better cool your laptop by predicting your usage patterns and cranking the fans accordingly. Lenovo has got these high-profile fans with thin blades to try and push as much air out of the device.

And that’s where the differences end. Other than being a higher specced version of the IdeaPad 3i, the Legion 5i doesn’t do a lot to stand out as a gaming laptop. However, that doesn’t mean it’s a bad thing. Lenovo has gone for a simple, sleek look all around the laptop, which means you won’t stand out as a party light in the middle of your workspace.

The keyboard is white backlit as well, which further adds to the muted look of the laptop. The typing experience is also more or less the same across all four laptops — good key travel, good feedback. Not anything out of the blue, but it’ll get the job done nicely.

One thing that stood out, and not in a good way, in the absence of an SD card reader on both the IdeaPad 3i and Legion 5i. The Legion Slim 7i is the only device with an SD card reader, which is a bummer for many users who buy powerful laptops to edit photos or videos on the go. Regardless, it’s something you’d expect from a laptop that costs over a lakh, a premium price point in the Indian market.

The Legion 5i starts at ₹1,44,990 and is available for pre-orders starting July 13. The laptop will be available across Lenovo’s online and offline partners including Amazon starting from Amazon’s Prime Day sale on July 23.

The ‘Pro’ version of the Legion 5i is an upgrade from the standard model that can be specced out to a Core i9 and RTX 3070, according to the company’s Asia Pacific gaming lead, Ian Tan. However, the demo laptop we tested out was running at the same specifications as the Legion 5i, and that’s what the spec sheet read as well.

Apart from the more powerful CPU and GPU combo, everything else on the ‘Pro’ model is practically the same. The only improvements you get are a four-zone RGB backlit keyboard and a better display.

This time, the display is a 16-inch 2560 x 1600 16:10 IPS panel taken from the Yoga series. The taller screen does help, and the higher resolution combined with the 500 nit brightness easily overcomes any loss in sharpness from the anti-glare screen. Dolby Vision and HDR 400 support are present as well.

There is also a variable refresh rate on display, meaning it’ll jump between 165Hz to 240Hz to conserve battery life, depending on your actions. Considering this machine can be specced out with the latest and greatest Intel has to offer, that feature should help extend the 80Wh battery.

The build quality is also slightly better, with anodised aluminium making up the top and bottom panels. It’s a nice laptop to hold.

The Legion 5i Pro starts at ₹1,64,990 and is available for pre-orders starting July 13. The laptop will be available across Lenovo’s online and offline partners including Amazon starting from Amazon’s Prime Day sale on July 23.

The Legion Slim 7i, as the name suggests, is the Legion line’s take on a thin and light gaming laptop, and they’ve gotten a lot right. The laptop features a Core i7-12700H, the same as its slightly more powerful siblings, the Legion 5i and 5i Pro.

The laptop also gets an RTX 3050Ti. Since the focus here was on providing a thin and light package, the GPU has been clocked down to only 95 watts, with the total TDP coming in at 125W. The DDR5 4800MHz RAM also stays, although only one slot is available for upgrades as 8GB RAM is already baked onto the motherboard.

Other improvements include the upgraded display unit from the Legion 5i Pro, a touch-style fingerprint sensor, better speakers (although they’re only 2W) and a 99.99Wh battery. An optional Mini LED upgrade is available for the device for users looking for better contrast on their displays.

The finish and build quality also differ from the rest of the lineup. Although the device uses the same anodised aluminium finish on both the top and bottom panels, it feels like a more solid and well-built package.

The I/O on this one is arguably the best from Tuesday’s entire lineup. There’s one Thunderbolt 4 and one USB-C 3.2 Gen 2 port, both of which support up to 135W power delivery. This is the only laptop in the lineup with an SD card reader. The webcam is also 1080p, an upgrade from the 720p webcams on the rest of the lineup.

Since the device is thinner as compared to the rest of the lineup, coming in at just 16.9mm thick, the keyboard feels a little different in terms of key travel and tactile feedback, but it’s just a matter of getting used to the thinner keys and different layout.

The Legion Slim 7i starts at ₹1,50,990 and is available for pre-orders starting July 13. The laptop will be available across Lenovo’s online and offline partners including Amazon starting from Amazon’s Prime Day sale on July 23.

In the News: Hackers are posing as Cybersecurity companies to trick victims