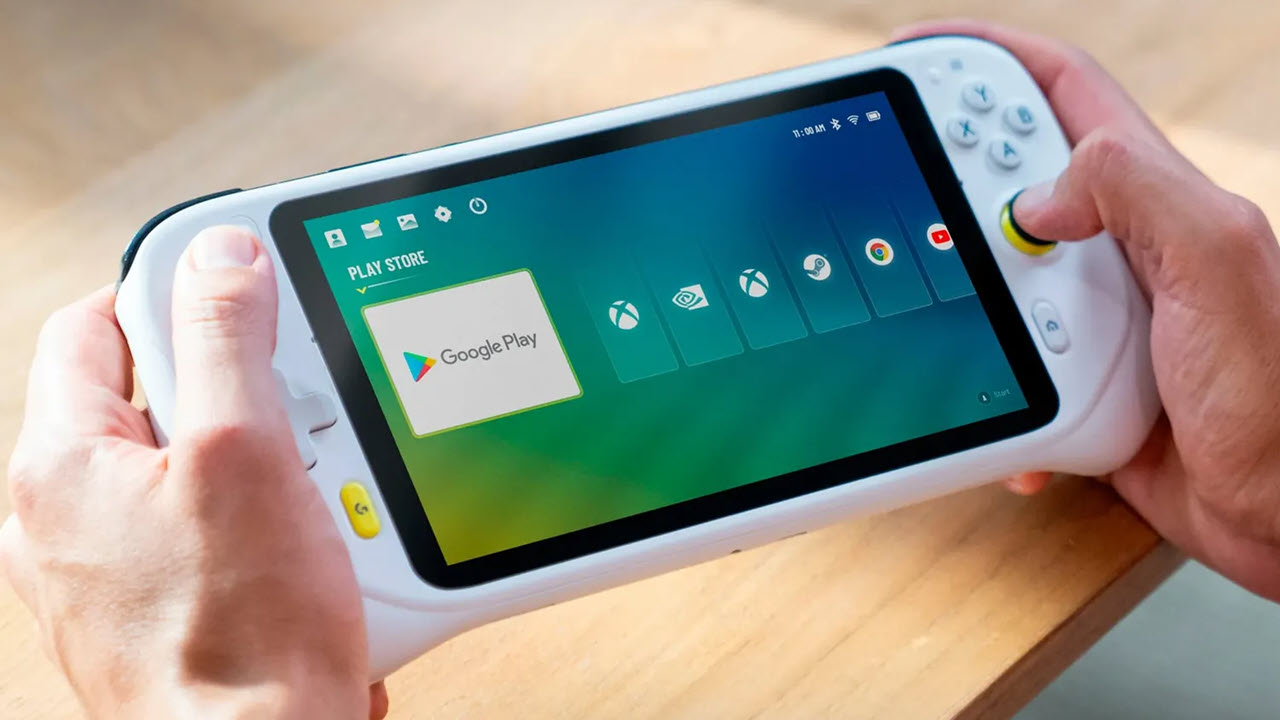 Logitech is about to release an upcoming cloud gaming-based handheld console that will reportedly support Android games. Logitech G and Tencent games announced a partnership on August 2, revealing their plans to make a dedicated handheld device. Android support wasn’t mentioned anywhere in the announcement, with the focus being placed on the device’s cloud gaming capabilities.

However, Twitter tipster Evan Blass has tweeted photos of the device that show access to the Google Play Store, along with Xbox Cloud Gaming and Nvidia’s GeForce Now. While the former two are already well-established cloud-based gaming services, native access to the Play Store means that the device will be able to run Android games on-device without an issue. Another leaked image showed the Chrome and YouTube apps, along with Xbox, Nvidia and Steam icons.

Logitech, having never had a device leaked before, quickly filed a DMCA complaint to get the pictures removed, pretty much confirming the authenticity of the leak.

In terms of physical appearance, the device seems similar to the Nintendo Switch, with off-position joysticks, a D-Pad and A, B, X, and Y buttons on each side. The front also has four more buttons for Logitech, Home, Menu and a Context Menu button with two bumpers and triggers on each side.

The console is expected to use Qualcomm’s G3x platform, announced last year. The chip was specifically announced for the Steam Decks and Nintendo Switches of the world, but only a Razer developer kit has used it so far,

The Adreno GPU inside features upgradable drivers for better game optimisation. You get a USB-C port that supports connections to AR or VR headsets and even a 4K monitor up to 144 FPS, in addition to supporting 10-bit HDR gaming. Lastly, there’s support for Variable Rate Shading and an in-built haptics engine. So you can expect the handheld to hold its own and then some.

That said, Logitech’s promising a launch later this year and is going against a new and competitive market filled with handheld devices that are changing PC and console gaming on the go.

In the News: Twitter Circle rolls out: Send tweets to up to 150 selected people