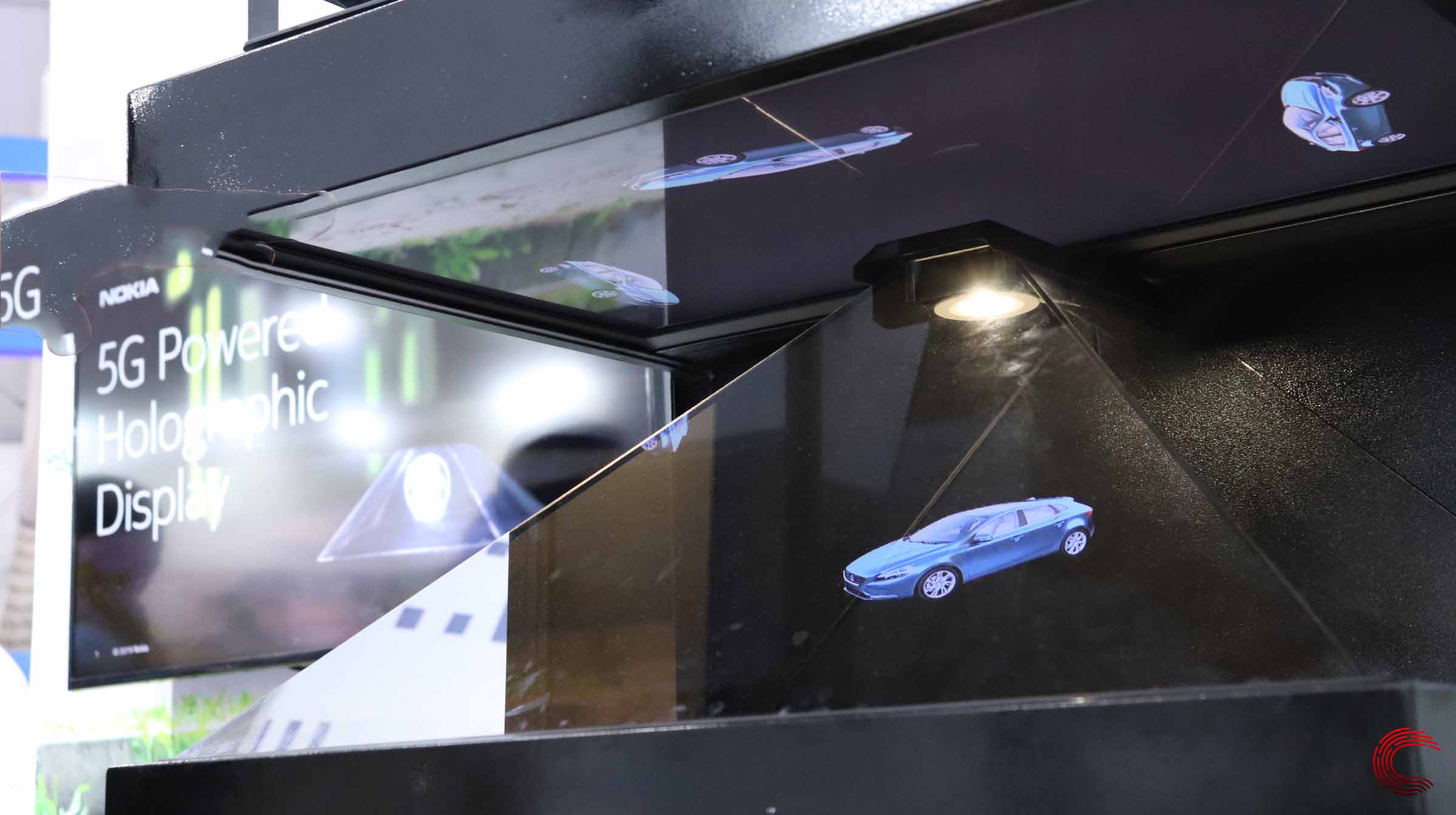 Nokia showcased the prototype of its new 5G Holographic technology at the India Mobile Congress 2019. The company has showcased two holographic display units — one small, which can be placed over the smartphone and one large version, which consisted of an inverted television over the glass prism.

The data is captured, in real-time and then processed over the 5G networks. The data placed in the application server and is live-streamed over 5G network onto the Qualcomm UE and then is transmitted into the hologram projector, where the live projections will be shown to the audience.

The whole setup integration will be done over the Nokia core network. As per the company, the data rate requirement for the entire process will be 1 Gbps. This holographic real-time projection will require intense data streaming capabilities and therefore requires 5G.

Challenges to the technology 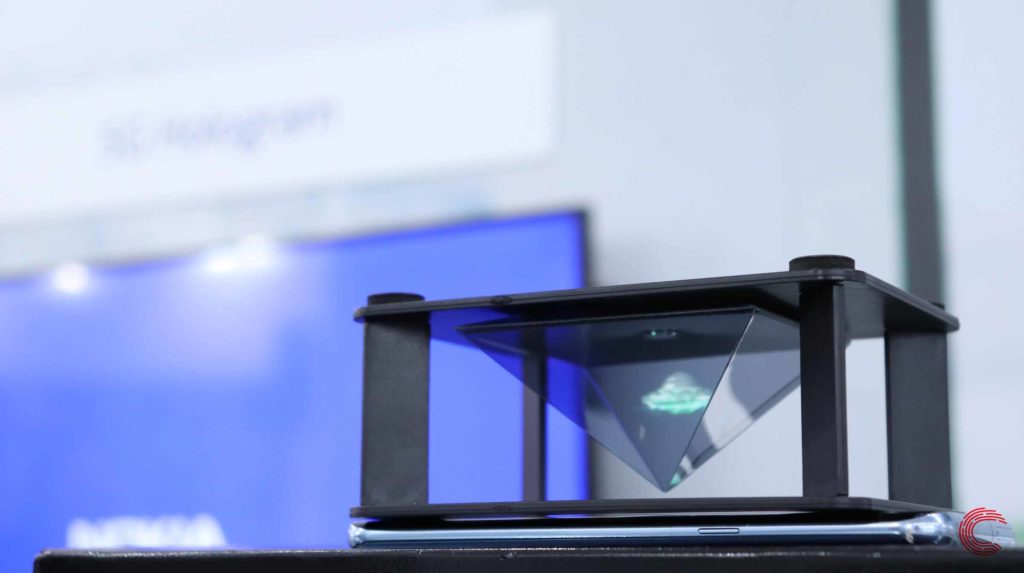 According to the company exhibitor at the IMC 2019, the only problem they told was the inability to display the technology more widely.

However, when you look at the data requirements and the current 5G situation across the world, it can be assumed that the technology will take at least a decade to reach its full potential.

In the News: Smart management solutions demonstrated by Huawei at IMC 2019

Prospects of the technology

Implementation of technology can help in the following.

Cost of the technology

As per the company exhibitors, the smaller version of the technology will cost around INR 200-300, whereas the larger version is still in prototype and the company refused to divulge the manufacturing and implementation cost.

In the News: Jio TV+ aims to bring home entertainment in a single 4K box by year-end