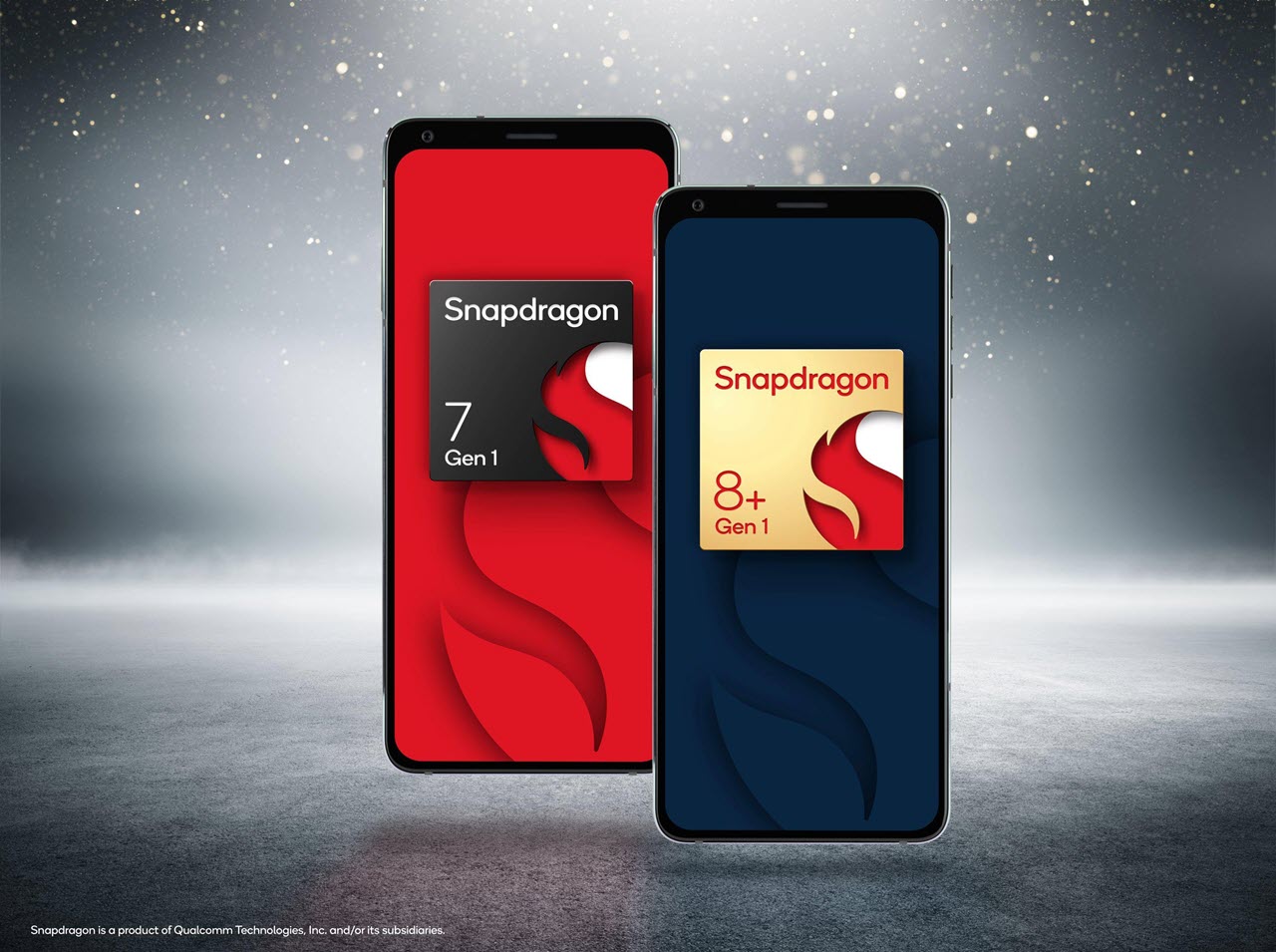 Qualcomm has announced two new chipsets at a China-exclusive launch, namely the Snapdragon 8 Plus Gen 1 and the Snapdragon 7 Gen 1. The former is supposed to be an improvement over the previous flagship, Snapdragon 8 Gen 1, which donned flagship phones across manufacturers.

Qualcomm reports that the new 8 Plus Gen 1 will offer 10% faster CPU performance and 10% faster CPU clock speed and will use 15% less power, which amounts to about one hour of extra gaming or 50 minutes of social media browsing.

Better sustained performance is also something the company is boasting about the new chip. Theoretically, it should be able to maintain its clock speed for longer while gaming or accessing 5G networks. This will, however, depend on how different manufacturers choose to cool the chip.

Overall, Qualcomm states up to 30% better power efficiency from both the GPU and CPU and 20% better AI performance per watt. The company hasn’t exactly explained where the extra performance and efficiency are coming from, and a lot of the features are shared with the original Snapdragon 8 Gen 1.

The company plans both the chips to coexist together, so chances are the newer, faster chip will exist as a premium option while the original maintains its position.

The other new chip, Snapdragon 7 Gen 1, seems aimed at gamers. The chip boasts a 20% graphics performance upgrade over the previous 7 series chipsets from Qualcomm. It also gets features like the “Adreno Frame Motion Engine”, making games appear smoother by interpolating frames in between.

However, the company suggests that gaming phone makers are choosing the more powerful 8 Plus Gen 1 instead, with Asus’ ROG and Black Shark both signing up for the chip in addition to Honor, iQOO, Lenovo, Motorola, Nubia, OnePlus, OPPO, OSOM, RealMe, RedMagic, Redmi, Vivo, Xiaomi, and ZTE. Devices containing the new chipset are expected in Q3 this year.

As for the Snapdragon 7 Gen 1, Honor Oppo and Xiaomi are the only brands listed who’ll be building devices around it, coming in Q2 of this year, much sooner than the Snapdragon 8 Plus Gen 1 devices.