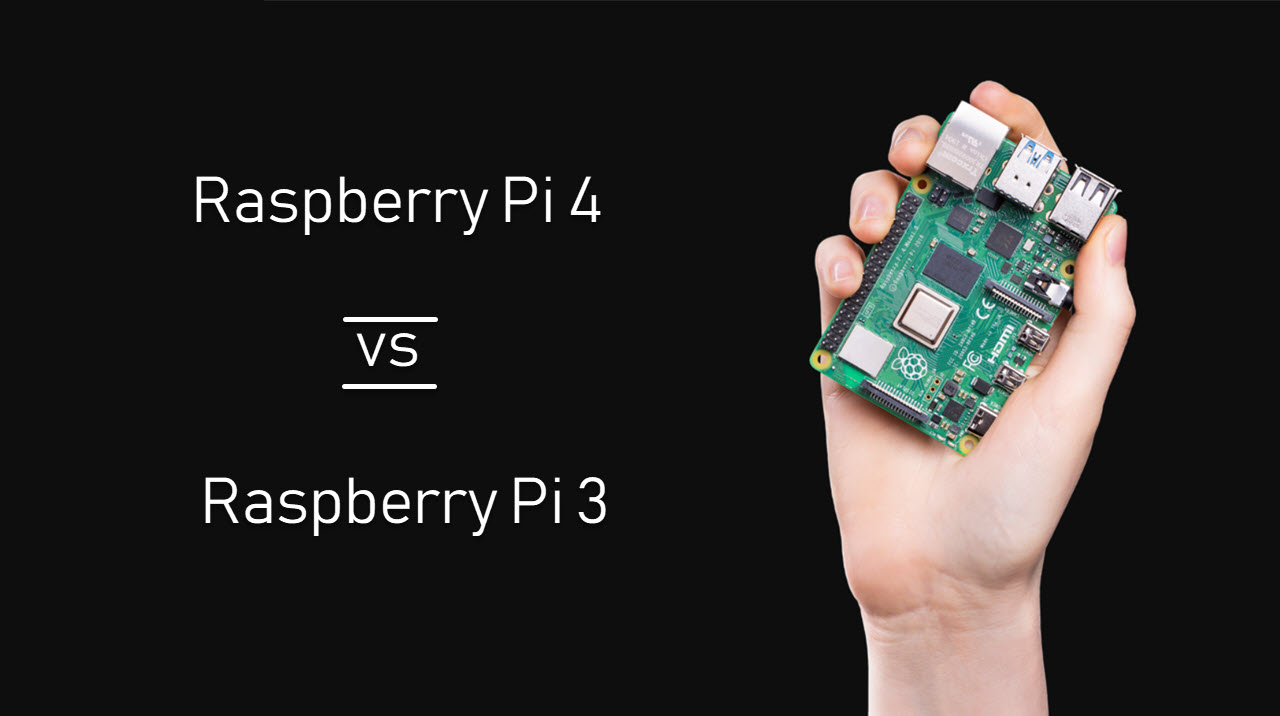 So the new Pi just dropped, and boy are we excited about it. But as all new things go, how does it stack up to its super successful elder sibling the Pi 3? Read on to find out.

The Raspberry Pi 4 has all the goodness from the Pi 3 and further builds upon it. First thing, the 40 pin GPIO header is entirely backwards compatible. This means that any old HATs that you have will continue to function normally.

Expanding on that, the flex connectors also follow suit. So your displays and camera modules will work just as fine. The device also features the same 2.4GHz and 5GHz 802.11b/g/n/ac Wi-Fi, and as always, there’s no onboard storage. You need to pop in your SD card.

Now let’s look at what has changed.

To begin with, the Pi 4 features the Broadcom BCM2711 SoC which has four 1.5GHz Cortex A72 CPU cores. This is a significant upgrade over the quad-core Cortex A53 CPU in the Raspberry Pi 3. 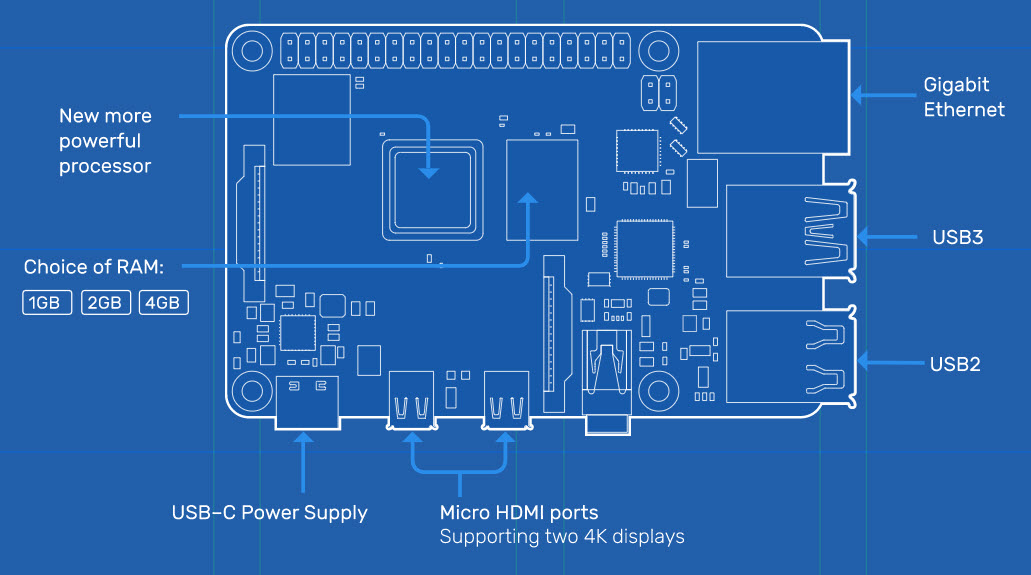 The RAM situation has also gotten a bit more interesting. Instead of shipping with just 1GB of RAM like it’s predecessors, the Pi 4 is now available in multiple RAM options including 1GB, 2GB and 4GB of DDR3 RAM. It seems like that promise of PC-Like performance is finally going to come true.

The most notable changes have probably been made in the IO of the board.

First up, it now has two USB3.0 ports. The Gigabit Ethernet stays the same. The power situation has also changed. You know get the USB-C port for power instead of the micro USB on Pi 3.

This also means that Pi 4 can maintain a higher current draw, which should help in terms of CPU performance. 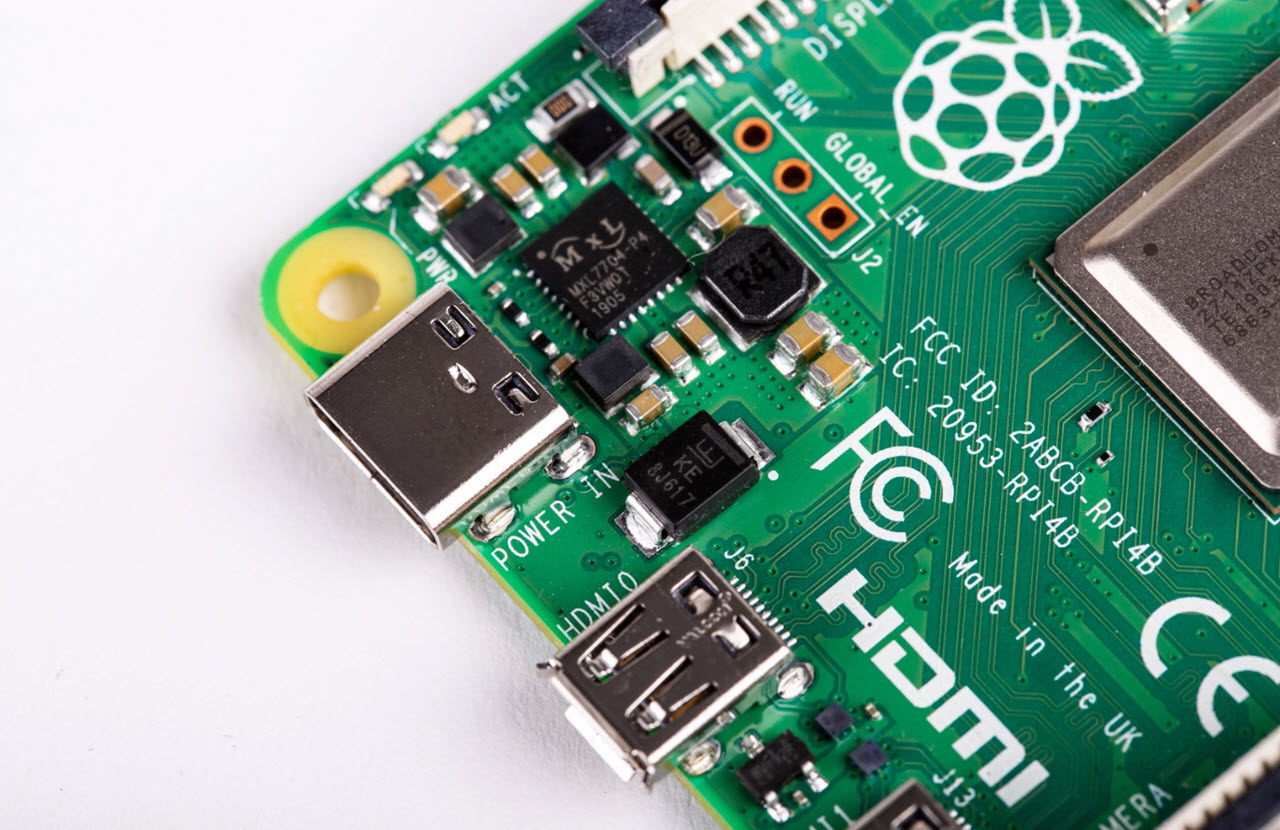 Another interesting take is the replacement of the full-size HDMI port on the Pi 3 with two micro HDMI ports. You can run dual 4K monitors off of it, but you’ll have to deal with an awkward cable selection (in my opinion).

Oh, and they kept the headphone jack around. It has the same old four-pole solution providing audio and composite video.

To support the Pi 4, a brand new version of Raspbian will be rolled out. This version will be based on the Debian 10 Buster release and will carry slight improvements to the OS, a modernised UI, Chromium 74 browser as well as an update to all other pre-existing applications.

While you still can run Raspbian Stretch on the Pi 4, it’ll be interesting to see how it compares with Raspbian Buster. Not to mention the host of other 3rd party OSs available.

The old graphics driver stack has also been replaced with the Messa V3D driver.

The new driver has a lot to offer. It allows for OpenGL-accelerated web browsing and desktop composition, and the ability to run 3D applications in a window under X.

It also helped eliminate roughly half of the lines of closed-source code in the platform.

Surprisingly, the price for the base model, the 1GB RAM variant, remains the same as the Pi 3 at $35. The 2GB and 4GB models are available for $45 and $55 respectively.

Compared to the previous generation, the price is just the same and helps the Raspberry Pi 4 maintain its predecessors’ position of being the super affordable credit card sized microcontroller/computer that’s available to everyone.

Also read: Can a Raspberry Pi replace your PC?