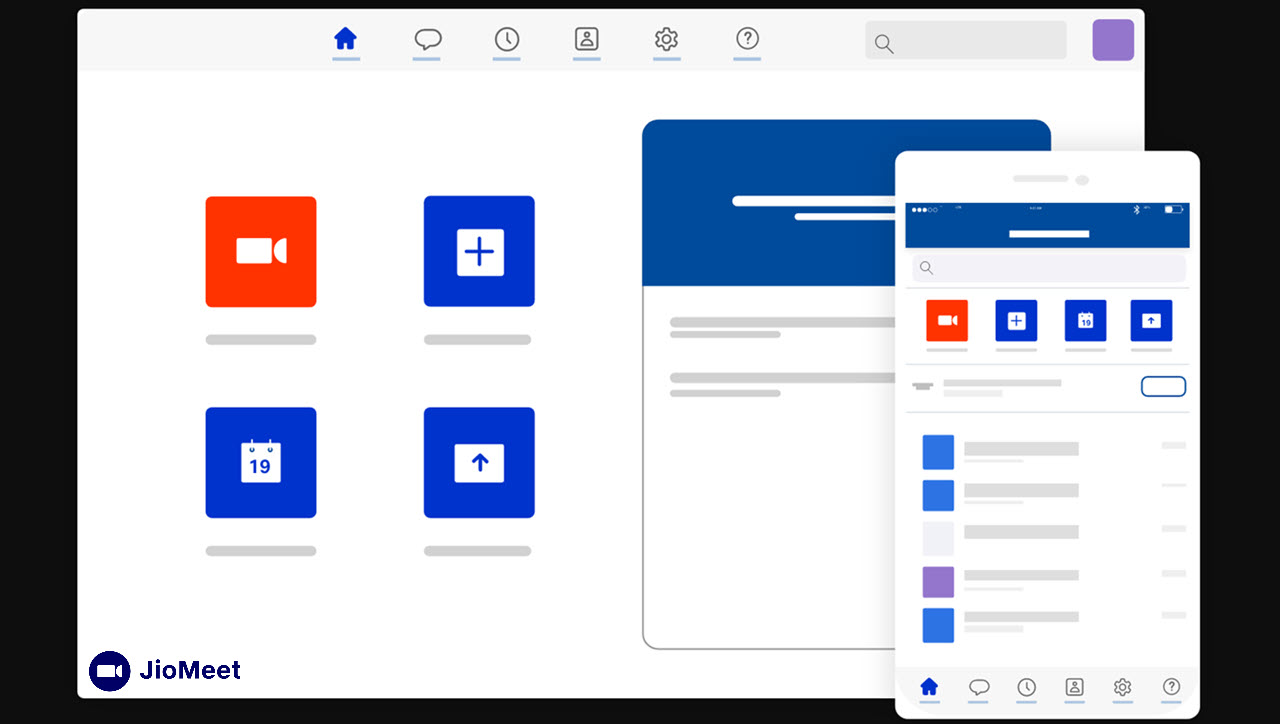 Reliance Jio’s name has been synonymous with telecom and internet market disruption in India and with the world moving towards remote working, education and any long-distance conversation aided by video calls, the company has also ventured into the video conferencing market with JioMeet.

Rivalled by the likes of Zoom, Google Meet, among others, JioMeet will offer unlimited free calls (at 720p) with the capability to add up to 100 users in a single call. It can be accessed on iOS, Android, Windows, macOS, directly via the browser and also has an Outlook plugin.

The JioMeet app was first announced in beta earlier this year in May and it’s unclear what work has been done by the developers of the app in the meantime.

While JioMeet looks and feels ok — more on its iOS app than Android — it’s largely because the app’s interface is a blatant copy of the popular Zoom app. It’s not only a few instances where JioMeet has copied Zoom’s interface but you’ll find several of them across the app.

Barring the icon colours, the Meet & Chat page for JioMeet and Zoom are almost identical as shown in the screenshot in the tweet below and it’s not limited to this one page.

If you go through the entire thread by Twitter user @shrinivassg, you’ll find multiple instances of how JioMeet is truly and quite literally a clone of the Zoom app.

Another Twitter user @akkatweets pointed out that the JioMeet app on iOS looks identical to the Zoom app, with even the same colour scheme.

While copying features and UI isn’t a new phenomenon — popular social networking website Facebook copied a slew of Snapchat’s features in 2016-17 across its products including Instagram and Whatsapp — in the tech industry, especially for the platforms built for consumers,

JioMeet doesn’t borrow features or UI from Zoom, but has just replicated it completely, making it seem more like a literal clone rather than a rival app.

As first reported by TechCrunch, JioMeet will also include password protection for all calls, multi-device login for up to five device, screen sharing and collaboration features and also a safe driving mode for using the app while commuting. While the website mentioned that all meetings are encrypted, the level of encryption is unclear.