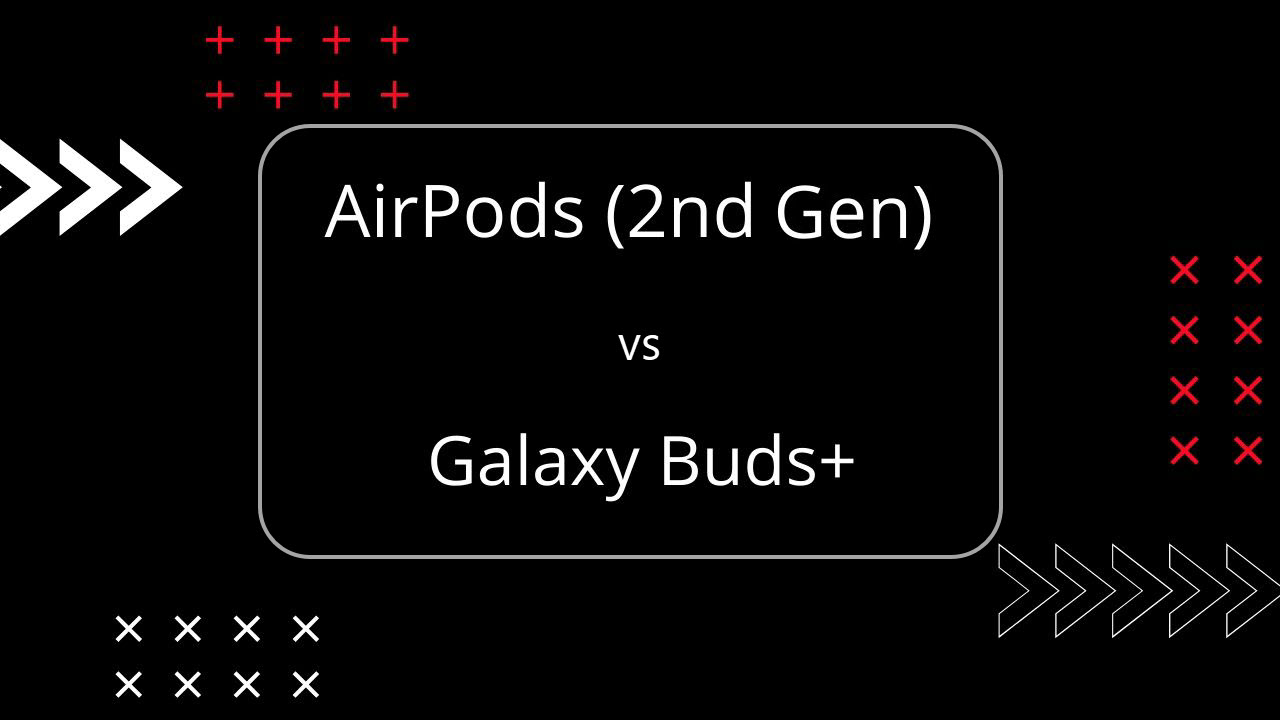 Samsung unveiled the next generation of the Galaxy S-series of smartphones on February 11 at their Unpacked 2020 event in San Francisco. In all the commotion around the new mobile devices, an incremental upgrade to the Galaxy Buds was somewhat lost. The Galaxy Buds+ comes with two headlining features, a tremendous increase in battery life and improved microphones.

Apple’s AirPods are arguably one of the best implementations of truly wireless technology and have been the recommended go-to device for Apple users. On the Android side of things, though, because of the vast number of options available, choosing a device is not always straightforward.

But is this trend of Apple users having a go-to product in the AirPods and Android users remaining confused going to end with the Samsung Buds+. In this article, we pit these against the AirPods to see how they stack up against each other and help you decide which of the two might suit your needs better. 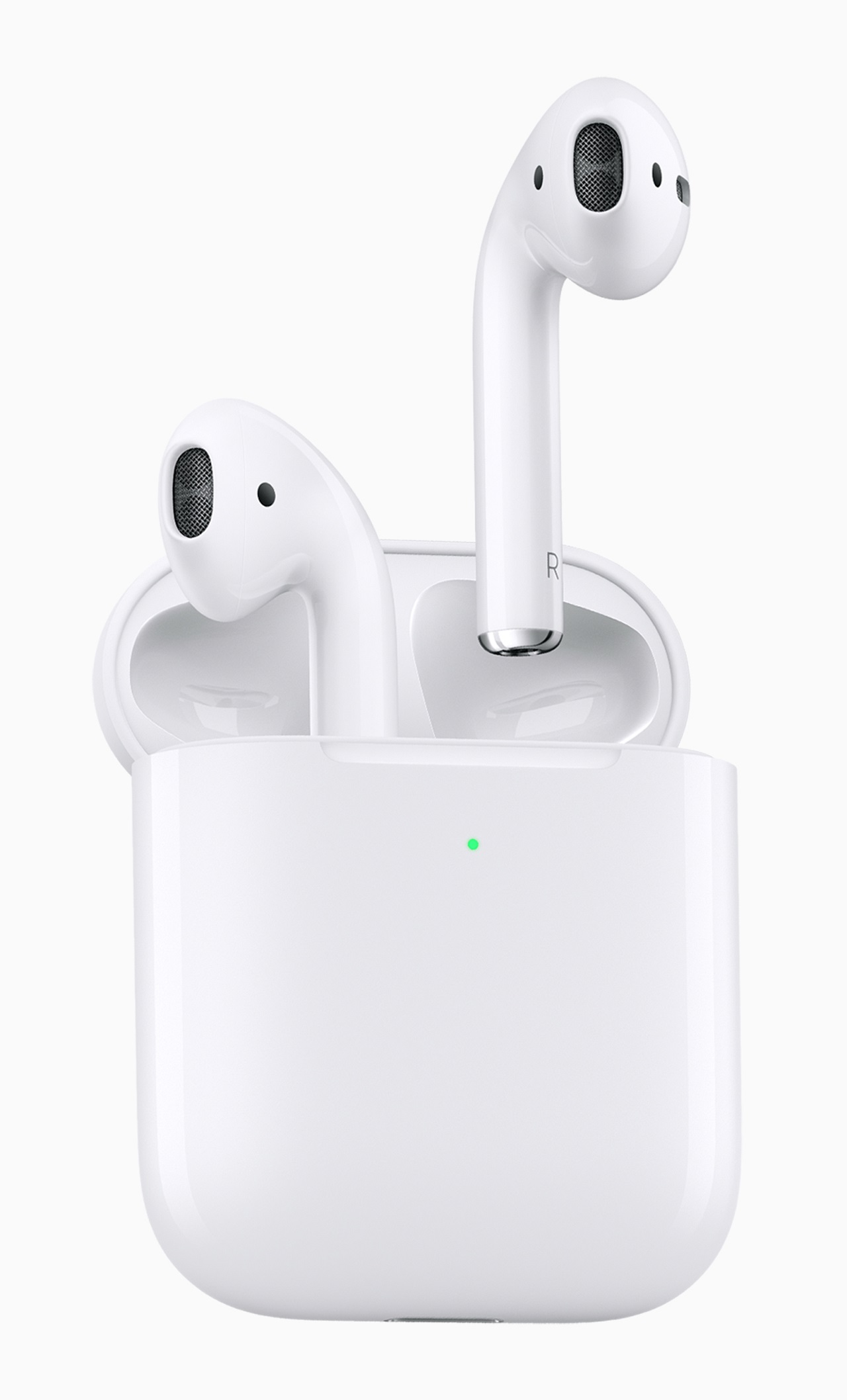 Between the two devices, the AirPods have a unique design showcased by its extended stem — these contain the beamforming microphones of the earpiece. The Galaxy Buds+, on the other hand, has a rather simple in-ear style design; very similar to last year’s Buds.

Apple’s AirPods are designed in a one-size-fits-all manner — a bane for many of its users and a huge turn off for its interested buyers. The Buds+ feature a design that sits deeper inside your ear canal and makes a better seal thanks to its rubber tips, which can help in improving your listening experience.

While both the cases are fairly small in size and portable enough to stuff in a pocket, Apple’s case is the better of the two. Not only is it smaller and fits comfortably in the pocket, but it can also provide 24 additional hours of battery life. Compared to this, Samsung’s only provides an additional 11 hours. 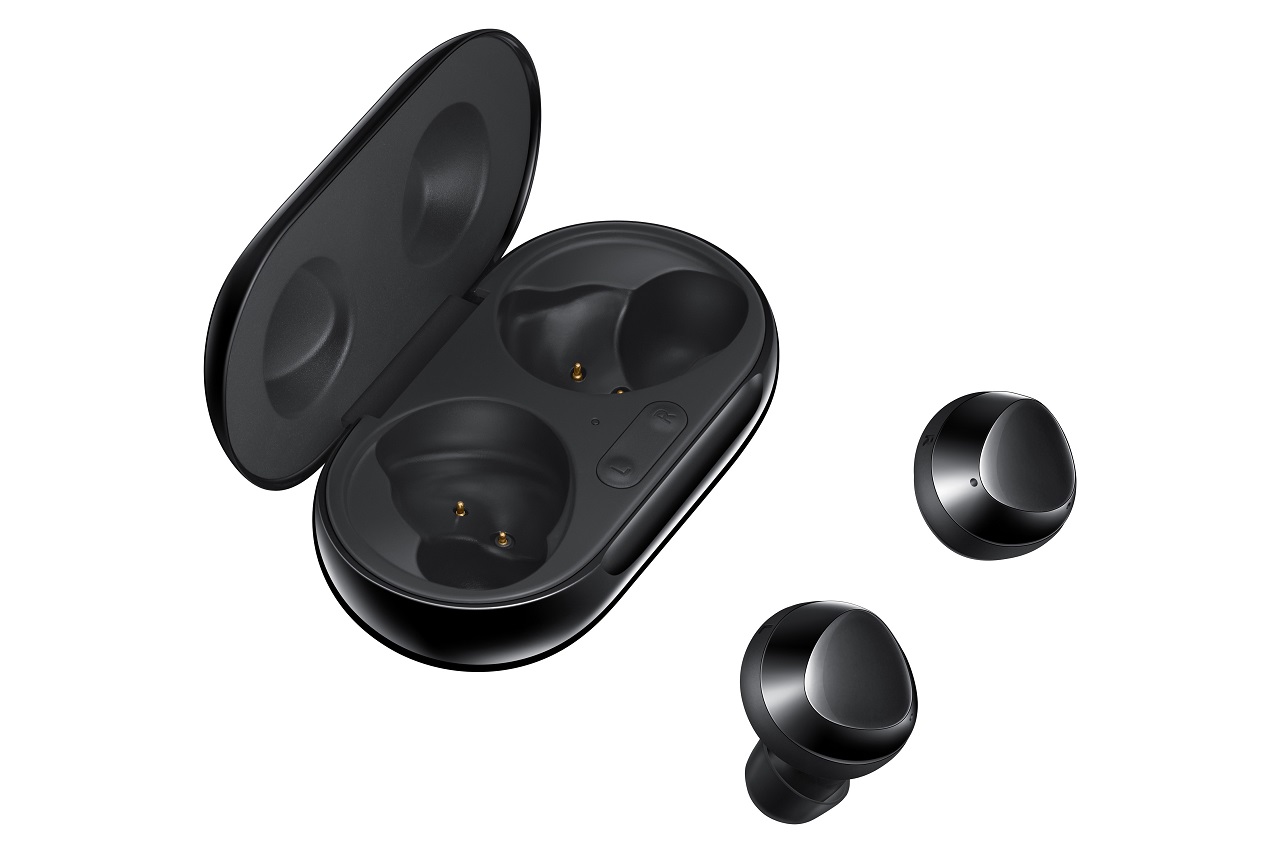 The companies offer cases that support wireless charging, but if you prefer a wired connection, Samsung provides a USB Type-C port whereas Apple includes its proprietary Lightning connector.

Both of them have a glossy finish on their outer surface, this is highly susceptible to scratches and unforeseen damage, so if you plan on carrying them around in your pocket, keep this in mind.

A gripe for Apple’s consumers has always been that the AirPods are only available in White. Samsung devices have always been contrary to this with several colour options and the Buds+ come in three different ones, namely Blue, Black and White. 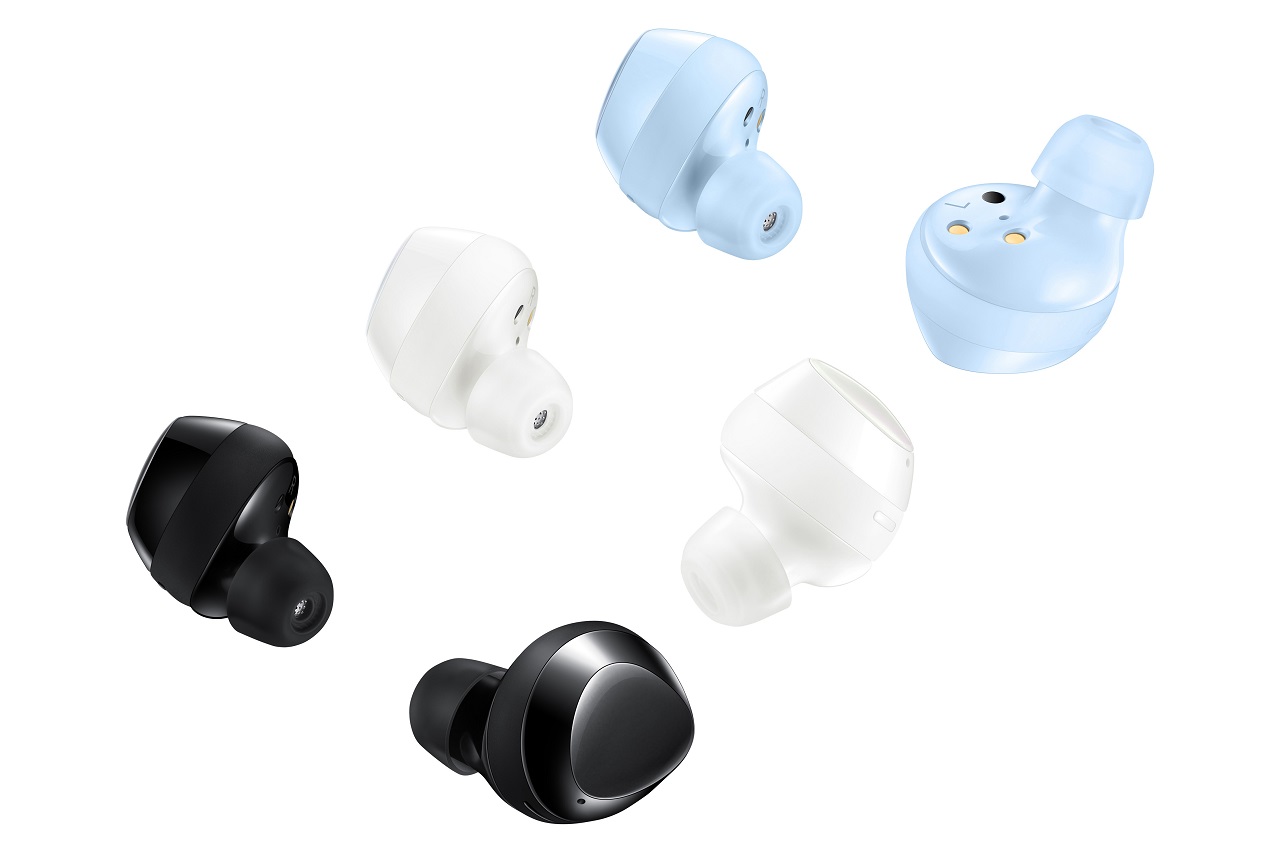 Although, if you are willing to pay a premium, you can purchase a customised pair of AirPods from ColorWare, or get skins from stores like Qstomize and Skinit.

The AirPods have been known to provide a soundstage that is often lacking in bass, the Galaxy Buds+ — tuned by AKG — do not sound a lot better than the AirPods. The improvement in audio quality is likely owed to the better seal that it forms because of its ear tips.

During their announcement, Samsung directed attention towards the improved microphone performance of the Buds+. They said this was due to an external microphone added to the device. But as reported by The Verge, the beamforming microphone technology that Apple uses still holds the upper hand.

The AirPods are rated to last for five hours if listening to audio or three if you are on a call. The case, as mentioned before, provides an additional 24 hours. The Buds+, on the other hand, have been marketed to offer a staggering 11 hours on a single charge, but the case only has enough capacity to provide one full charge to the earphones.

If you are ever in a pinch, both devices support fast charging to a certain extent. Fifteen minutes with a cable provides you with three hours of listening or two hours of talk time on the AirPods. The Galaxy Buds+, on the other hand, will give you one hour of listening time if charged for three minutes using either the ‘powershare’ feature, wireless charging or a wired connection.

Fundamentally, the second-generation AirPods are not that different from the first, except for one significant change — the H1 chip. This new addition uses software to improve not only the audio quality but also increase pairing speeds across linked devices. It also brings the capability to have Siri always listening, which can be a boon since the AirPods do not feature any buttons to control volume. 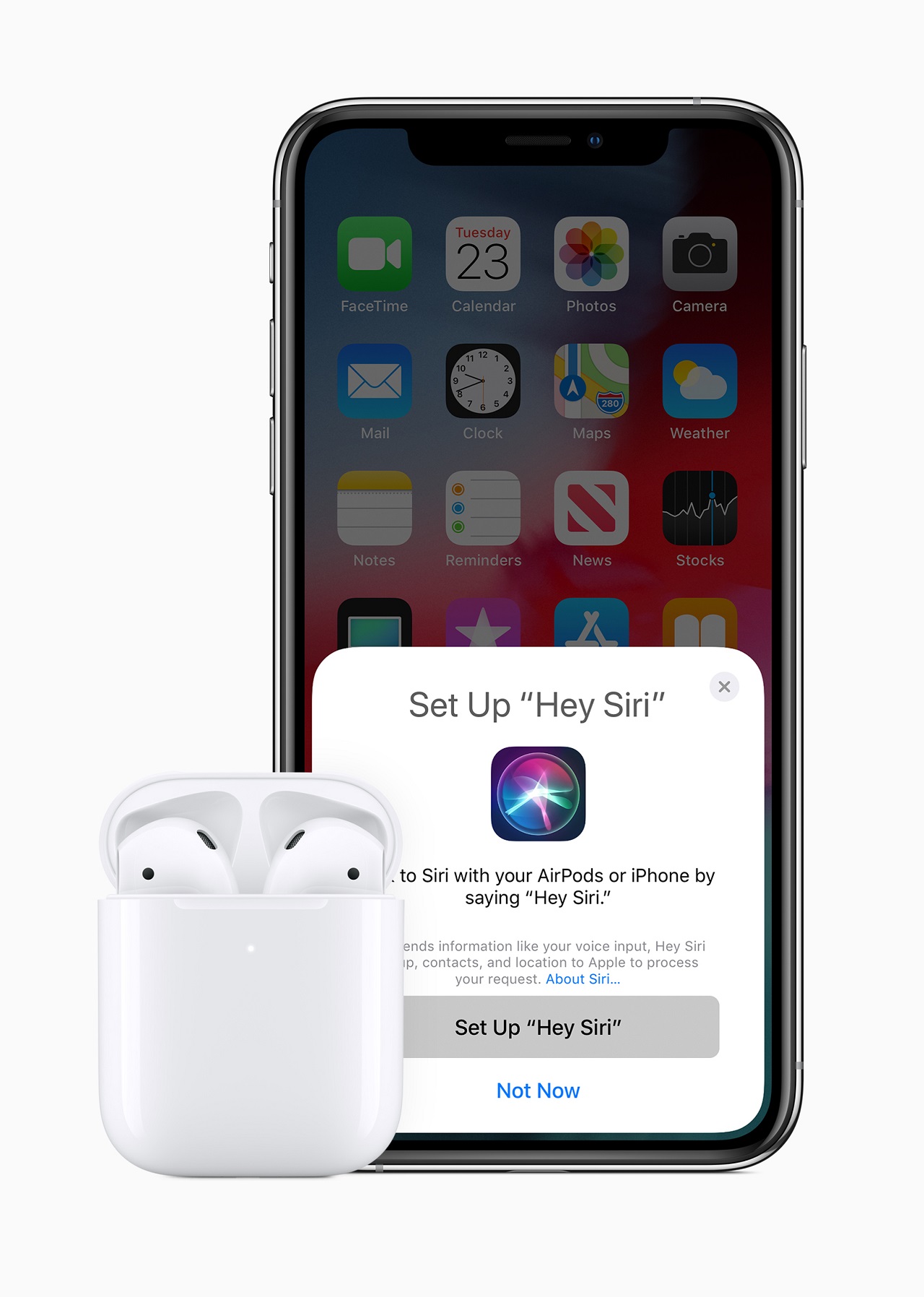 Unlike the AirPods, the Buds+ feature a variety of software features, all of which can be controlled with its companion application — available on the Play Store and the App Store. The notable ones being, a feature that allows users to choose the amount of ambient sound that the earphones will let in — enabling you to hear your surroundings — and a certain degree of equaliser-like control.

The touchpad on Samsung’s earbuds can be used to control volume, playback and certain shortcuts — some functions aren’t available on iOS. For example, if you use Samsung’s earbuds with an Android device, you can set a long press on the touchpad to launch Spotify — the app will then play music from its suggested playlists, which is a great way to explore. The capacitive buttons on the AirPods can only be used to play, pause, and skip tracks or trigger Siri. Both devices support answering and ending calls.

Both devices feature the ability to seamlessly switch between audio sources, i.e. any devices that are linked with your Apple ID or Samsung Account can be instantly paired with, altogether avoiding the traditional menus.

Both devices support the SBC and AAC codec, with the Samsung introducing an additional ‘scalable codec’ which works only with their Galaxy-line of smartphones.

What do you get inside the box?

The second-generation AirPods are sold in two configurations, for $159 you get a wired charging case whereas for $199 you get one that also supports wireless charging. Both of these come with just a Lightning to USB A cable.

The Galaxy Buds+ will be available for $149, and you can currently order them online, or buy them in-store, starting March 6. Samsung includes a wireless charging case for no additional cost. The box also includes various sizes of wingtips and ear tips to suit your needs. A USB-C to USB-A cable is included for charging.

With the number of options that are available on the market right now, choosing one device can be quite tricky. But with the Buds+, Samsung may have found a sweet spot, not only for Android but also for iOS users. Like always, if you are an Apple user and integration within their ecosystem is of high importance to you, the AirPods are the way to go. Although, if you use an Android device or are an iOS user who is open to other systems, with the value the Buds+ offer, they look like a better bet than AirPods.