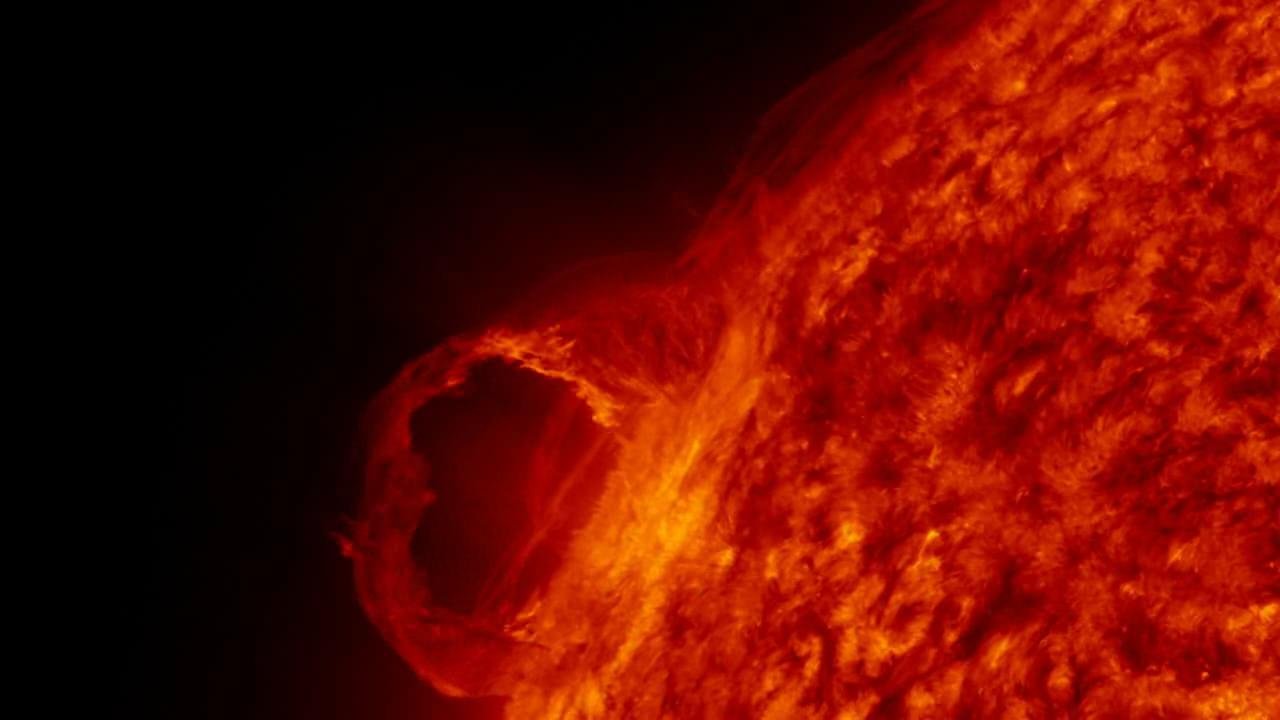 Solar flares cause these high-frequency radiations. A solar flare is caused due to twisted magnetic field lines that are formed due to the rotation of the sun. These field lines are like stretched rubber bands. Once they get twisted enough, large amounts of magnetic energy are released, which mainly consists of electromagnetic radiation and charged particles. These charged particles are responsible for the beautiful Aurora Borealis, also known as Northern Lights.

There are four main categories of solar flares, namely B, C, M, and X rated flares.

When there is a shift from one category to the other, there is a ten-fold increase in energy radiated. Solar flares are measured in terms or ergs, and a usual solar flare is of the order 10^30 ergs. They are visible in white light, but for better imaging of these flares, ultraviolet sensors are used.

How solar radiation affects us?

Apart from that, solar flares are detrimental to humans as well. Solar flares are known to cause cancer, eye, and skin damage. This is the reason why the WHO has recommended to wear sunglasses that filter out harmful UV radiation.

Sometimes these solar flares are accompanied by coronal mass ejections (CMEs), which cause power loss in a large area. One such incident occurred in 1989 in Quebec, Canada.