What is Tableau? How is it different? Why is it used?

Starting a new business or expanding an existing one can be hectic, and with all the hustle going around, it is more likely to miss out on crucial statistical data. Tableau is one such software that ensures this never happens.

Founded in 2003 by Christain Chabot, Pat Hanrahan and Chris Stolte from Stanford University, Tableau is a business intelligence (BI) platform that helps analyse data easily and effectively. It was built keeping in mind the need for an easy to use and interactive data visualisation tools, and as a testament to its success, the platform has garnered a lot of fans in the BI industry. It helps in forming a well descriptive and exciting graphical representation of collected data and statistical information. Such a visual layout makes it easy to understand the data quickly, even without any technical knowledge.

It can extract data from excel, PDF, Oracle,  Amazon Web services or Google cloud SQL and many other database sources. Such gathered data is then presented in the form of tables, charts, maps, dashboard and stories by data analysts or data engineers with the help of Tableau Desktop.

Tableau is not just limited to the BI industry but finds its applications in hospitals as well as for journalists, who this software during the Fukushima earthquake in 2011 off the coast of the Japanese Pacific to measure the extent and activity of the earthquake. Even after Hurricane Harvey, rescue teams and volunteers were able to pinpoint most affected locations with the help of Tableau Public.

Today Tableau software is helping governments around the world to formulate strategies to fight the corona pandemic, by providing up-to-date and accurate data analysis in the form of graphs, dashboards, maps, among others. 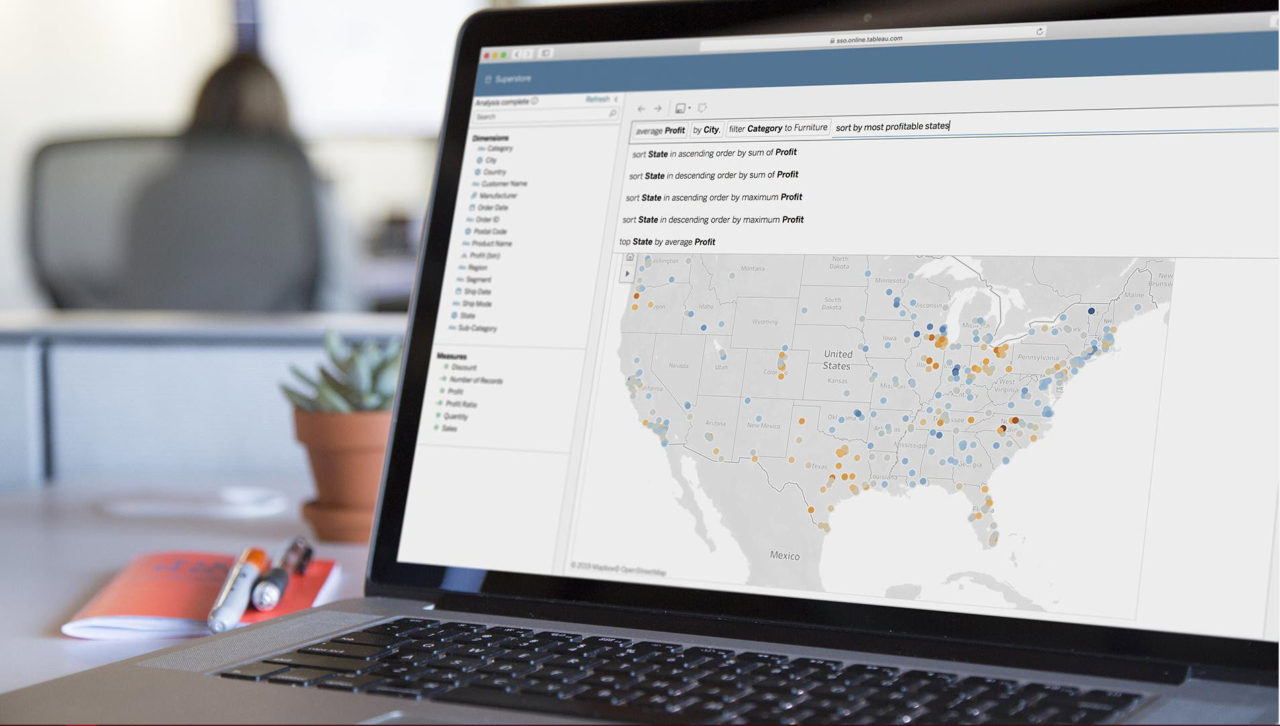 On June 10, 2019, Tableau was acquired by SalesForce — an American cloud-based software company— under the leadership of President and CEO Adam Selipsky, who had been heading the company since August 2016 after Tableau’s long-time CEO and co-founder Christian Chabot passed over the baton and limited his duties to the Chairman of the Board of Directors at the company.

Selipsky, who is known for his contribution in the growth of Amazon Web Services, took the reins of the company during a crucial time as Tableau faced a sharp downward turn because of various reasons—underdeveloped high-priced cloud products, low-security protocols, and stiff competition from companies like Microsoft Power BI, QlikView, among several others.

In the business world, earning money is undoubtedly not a child’s play but controversies, they just come in handy. And Tableau too had its share of rough rides with some, if not many.

One such Controversy which prompted Tableau to update its data policy was surrounding the WikiLeaks. On November 28 2010, when the world was amazed by the illegal publication of confidential cables of the US State Department by WikiLeaks. Tableau, like other information providers did what it does well.

Tableau made a visualisation of the leaked data public on its platform. Due to which it got strong-armed by the US Social Security Agency. After warnings of dire consequences by the agency, Tableau removed the visualisation from its platform. Through the company claimed that it did so on the request of Senator Joe Lieberman.

Commenting on this incident Tableau’s Chief Marketing officer Elissa Fink said, “Our terms of service require that people using Tableau Public do not upload, post, email, transmit or otherwise make available any content that they do not have the right to make available. Furthermore, if we receive a complaint about a particular set of data, we retain the right to investigate the situation and remove any offending data, if necessary.”

The response by the company was given in 2011 When Tableau undertook two significant changes along with the creation of an advisory board to navigate future situations that push the boundaries of given policies.

And another controversy Tableau was in, was more of a rivalry driven. When Tableau in 2016 suggested Microsoft, the areas of improvement with its visualisation tool Power BI. Which Microsoft responded by highlighting the advantages of its tool over Tableau.

Also read: The rise and fall of Google Chrome: Should you use it anymore? 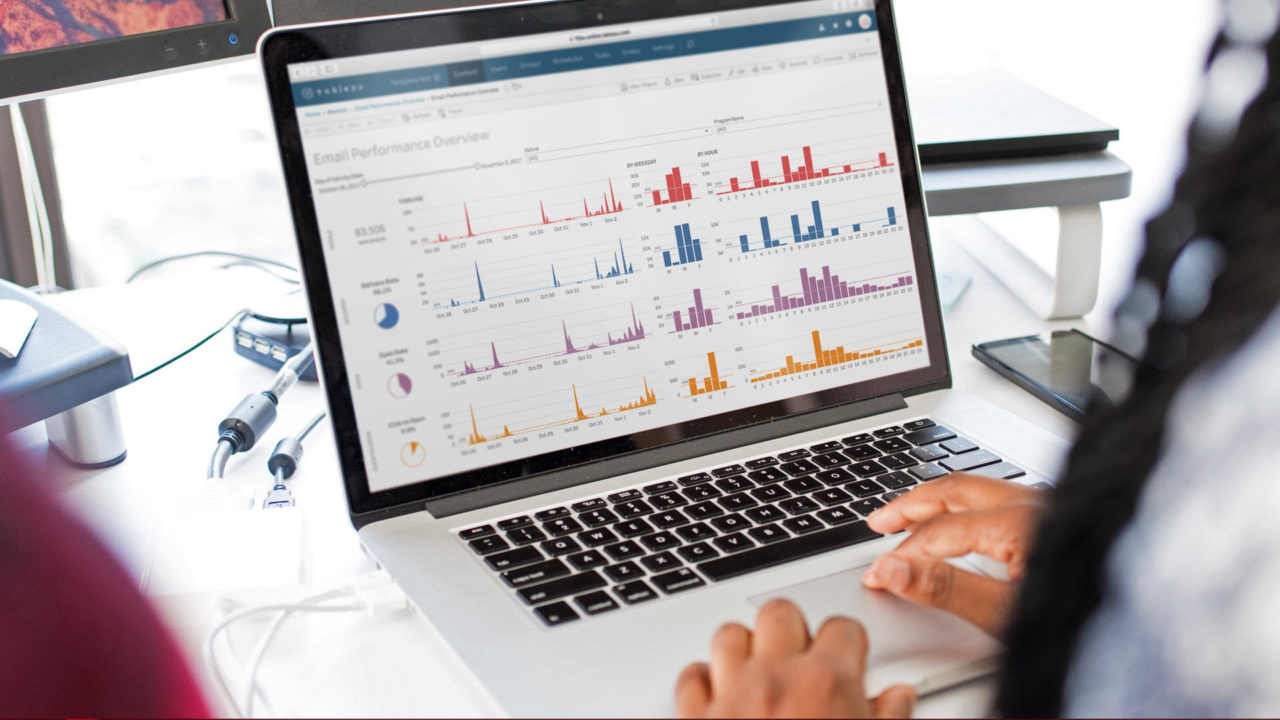 In the Tableau Product Suite, there are two sections of tools — developer and sharing — that help in creating a visual report, dashboard, charts as well as sharing these interactive reports.

Rolled out in 2004, it is the main development tool in the tableau software suite, which enables coding and customisation of reports. With Tableau Desktop, you can connect with numerous amount of data sources, like local systems, cloud databases, cloud applications, and even big data. It helps in creating visualisations and dashboards that are to be shared on online servers, where users can find the answer to there questions.

The Tableau Desktop has two versions, namely Tableau Desktop— personal and professional. This classification helps in determining the limitations to access the database and distributing channels.

Launched in 2010, it is also a developer tool. The only way it is different from the Tableau desktop, there is no privacy of data. Also, the workbook can not be saved in the system; it has to be published in Tableau Server if you want to access it again. There are data sources connectivity limitations, this all makes it unfavourable for proprietary business data.

Came in July 2013, it is an online sharing tool of Tableau which is hosted in the cloud. But it is hosted off-premise, which can result in security challenges for certain organisations. The workbook created by Tableau Desktop is published here.

It is to be noted that if a user has accessibility to Tableau Desktop, then also he needs a separate user license for Tableau Online.

It is an enterprise-level sharing tool. It is used to share databases and workbooks within the organisation and provides reliability as well as security. Same as Tableau online, it also requires additional user licenses to be used by the enterprise, even if the user holds a Tableau desktop license.

There is no licensing requirement for Tableau Reader; most of all, this tool comes free. It allows the user to view the visualisation and workbook created by him using Tableau— Desktop or Public. Interaction using filters is possible with Tableau Reader.

How is Tableau different from other BI tools?

Below we have compared Tableau with three of the popular BI tools, For a better understanding of Tableau.

Why is Tableau used?

Tableau was not the first visualisation tool to be introduced in the market. But with a steady pace and notable features, it did climb the ladder. And has become one of the most trusted analytical tools. Tableau is embedded with noteworthy features and gives a wide array of uses some of those are as follows: