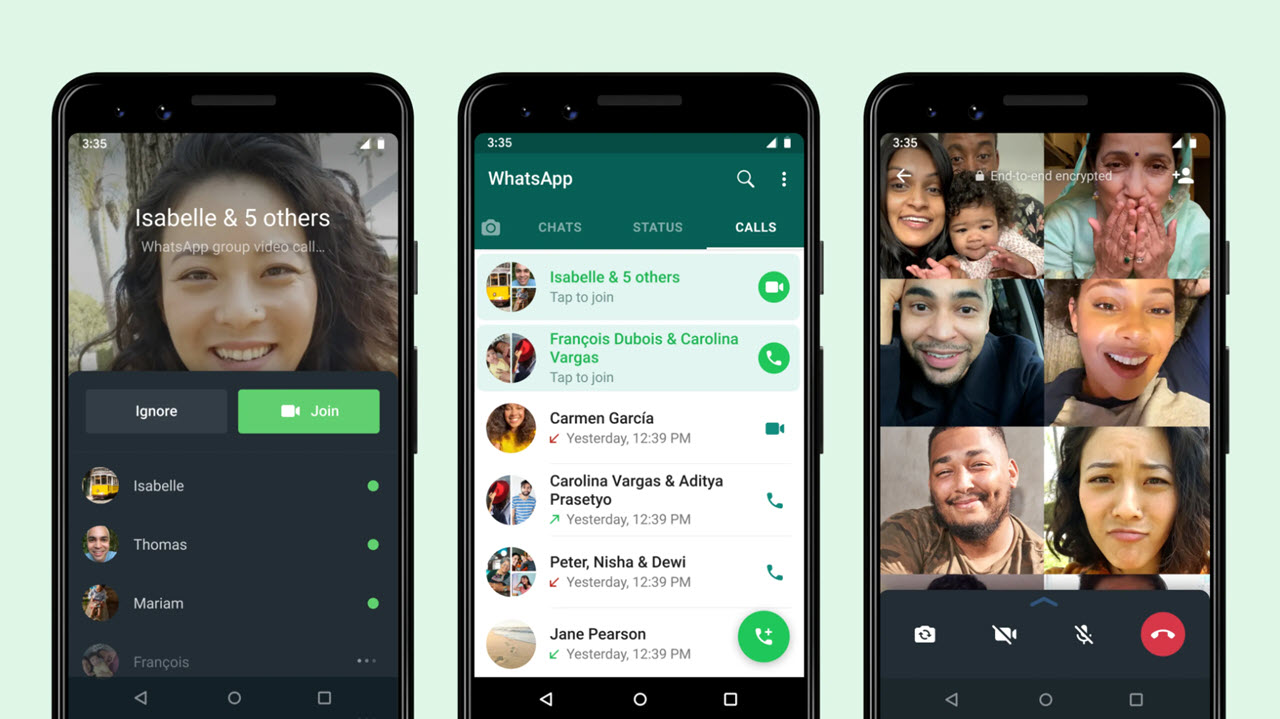 People can now join missed video group calls on Whatsapp if they’re still ongoing after an update rolled out by the company on Monday.

Whatsapp video calls support up to eight members on call at once, and the new update will allow people to join a video group call as and when they’re available instead of having to jump in at the time they’re called.

Moreover, the update will also allow people to drop in from a group video call mid-way and then join back later if the call is still ongoing — similar to popular video calling apps such as Google Meet and Zoom.

When rejoining a missed call, people can see who is already on the active call and invited but hasn’t joined yet in the call info screen that now appears when trying to join a call.

To join a missed video group call on Whatsapp, you can check out the Calls tab on the app and if the call is ongoing, tap on the missed call that you’d like to join and confirm with another tap on the call info screen.

“Joinable calls reduce the burden of answering a group call as it starts, and brings the spontaneity and ease of in-person conversations to group calling on WhatsApp. Now, if someone in your group misses a call when the phone rings, they can still join whenever they like,” Whatsapp announced on Monday.

In the News: Valve unveils the Steam Deck at $399; everything you need to know