Whatsapp now lets you message yourself 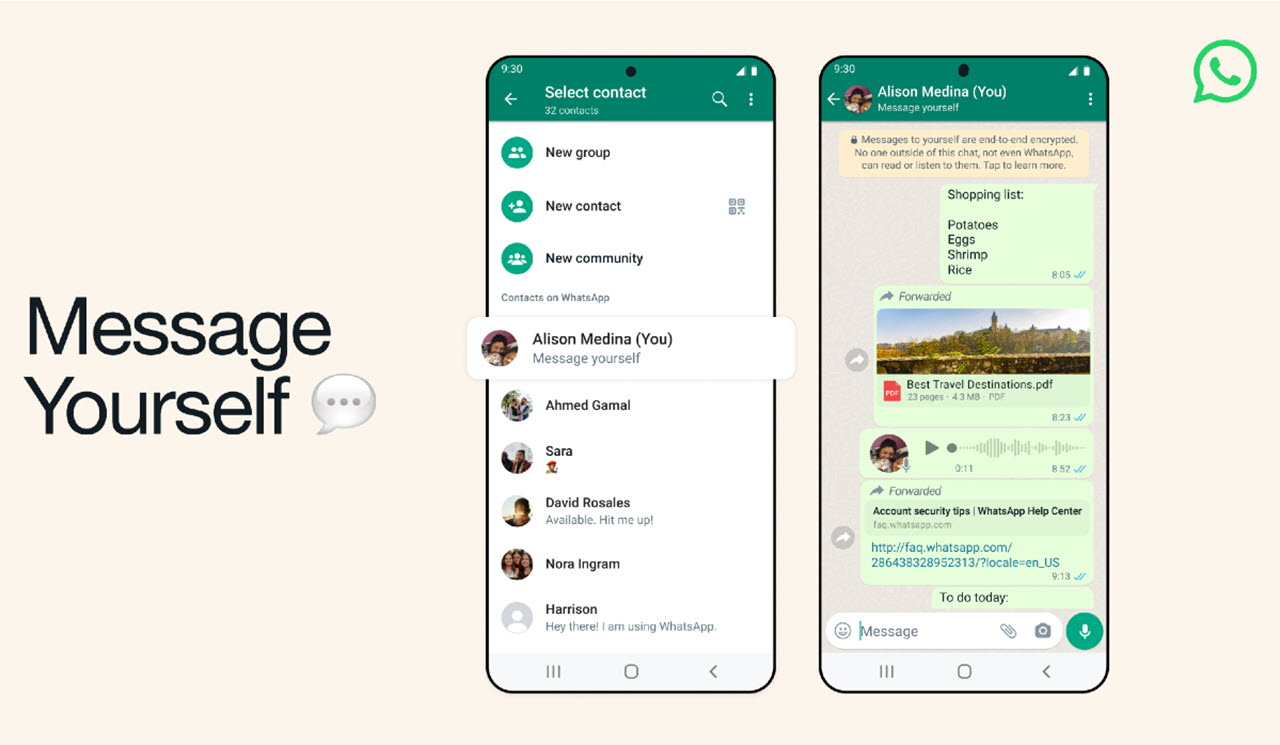 Messaging yourself a handy piece of information can help a lot, and Whatsapp is finally allowing users to do so. The Meta-owned messaging platform announced on Monday that users can now send themselves messages by launching a feature called ‘Message Yourself’.

Users will see their own contact show up on the top of the contact list when they start a new chat. Tapping this will take them to the chat screen, just like starting a chat with any other contact on your phone. Users can also pin these chats on top of their messages list to make them easily accessible.

The feature will be rolling out to all users on Android and iOS in the coming weeks. It has been in the works for some time, initially rolling out for some users in a beta test held in late October, as reported by WABetaInfo. The feature, however, seems ready, considering its global rollout.

While WhatsApp may be the latest to implement the feature, the competition has had it for a while. Signal has a similar feature named “Note to Self” that lets users create messages for personal use. Signal doesn’t, however, show the user’s contact right on top of the contacts list. Users must search for the “Note for Self” contact and start the process.

Slack, another messaging app targeted towards workspaces, also lets users do the same with a similar feature called “Jot something down”. Slack’s implementation, however, is arguably the best, making it extremely easy to access one’s own messages and any files uploaded.

Telegram, on the other hand, allows users to save individual messages, which can be bookmarked, alongside any notes and reminders sent in a chat. All these messages are then accessible from the top of the respective chat itself.