Is Amazon’s Astro really the Astro we know? 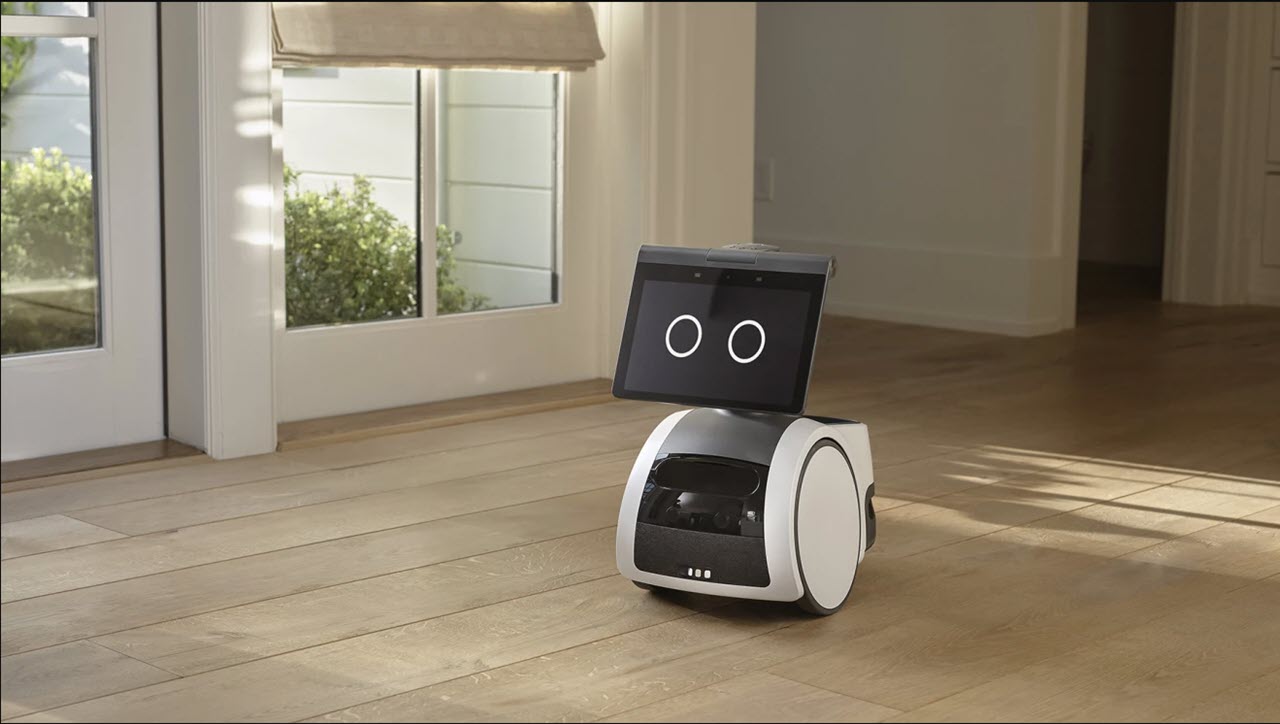 Amazon unveiled its new and long rumoured smart assistant on wheels, Astro. The $999 robot is essentially Alexa on wheels with a load of other features and sensors added. However, the company’s most ambitious smart home product doesn’t come without its caveats, one of which could be a privacy nightmare.

The robot is available as a Day 1 Edition product that you have to get an invitation to buy. The company claims the robot can do just about anything you’d expect a home robot to do, including mapping your house, recognising people and even delivering items to them, and then do the usual home assistant things like playing music or telling you the weather.

Astro can also be used for video calls, thanks to what’s essentially a 10-inch Echo Smart display used as the robots ‘face’ and the main interface. There are a bunch of sensors hidden away in the bezel that help the robot do the many tasks that users may demand.

While the Astro may not be as futuristic as the 1962 cartoon from which Amazon has derived its name, it’s still a pretty neat package at first sight. The robot stands about two feet high and weighs over 20 pounds or about 10 kilograms. The main drive wheels are 12 inches in diameter, with a caster wheel at the back to help balance the robot.

All this gives the robot the free ability to move around in any direction it pleases, reaching speeds up to one meter a second. There are five motors inside, one for each wheel, one to raise or lower the periscope camera and two to tilt and twist the screen.

There’s a 5MP camera in the bezel and a secondary 1080p periscope camera with a 132° diagonal field of view. The screen is 1280×800, which should be good enough given the 10.1-inch screen size. You get dual-band WiFi, a USB-C port and a 2.1 speaker system with a passive bass radiator.

There’s also a host of processors inside, all for different purposes, including two Qualcomm QCS605s, one Qualcomm SDA660 and a processor with Amazon AZ1 Neural Edge.

The robot is also available with a 6-month free Ring Protect Pro subscription trial using which users can schedule patrols, investigate detected events and automatically save clips to the cloud. The clips stay online for 60 days.

Of course, being a home assistant, the robot relies heavily on facial recognition and user behaviour. Amazon says a majority of processing happens locally on the robot, with only some data securely sent to the cloud to allow users to control Astro from its mobile app.

However, according to leaked internal documents obtained by Motherboard, the new robot’s person recognition system is heavily flawed, according to two sources who worked on the project. The robot was referred to as ‘Vesta’ in these documents, Amazon’s codename for Astro.

As reported by Vice, one source who has worked on the project has labelled it a disaster “that’s not ready for release”. “They break themselves and will almost certainly fall downstairs in real-world users’ homes. In addition, it’s also (in my opinion) a privacy nightmare that is an indictment of our society and how we trade privacy for convenience with devices like Vesta.”

The same source also didn’t have much praise for Astro’s facial recognition system as well. The facial recognition works poorly, which is a problem especially considering Astro will follow anyone around if they don’t recognise the person.

For the device to work well, it has to collect data about its users’ behaviour and their home. A document explaining Amazon’s “social robotics” policy clearly states that “Vesta needs to learn customer behaviour.”

Amazon is also marketing this device as helpful when caring for the elderly, which according to another source, is “at best, absurdist nonsense and marketing and, at worst, potentially dangerous for anyone who’d rely on it for accessibility purposes.”

In the News: iOS still vulnerable to zero days; Apple apologises for delay