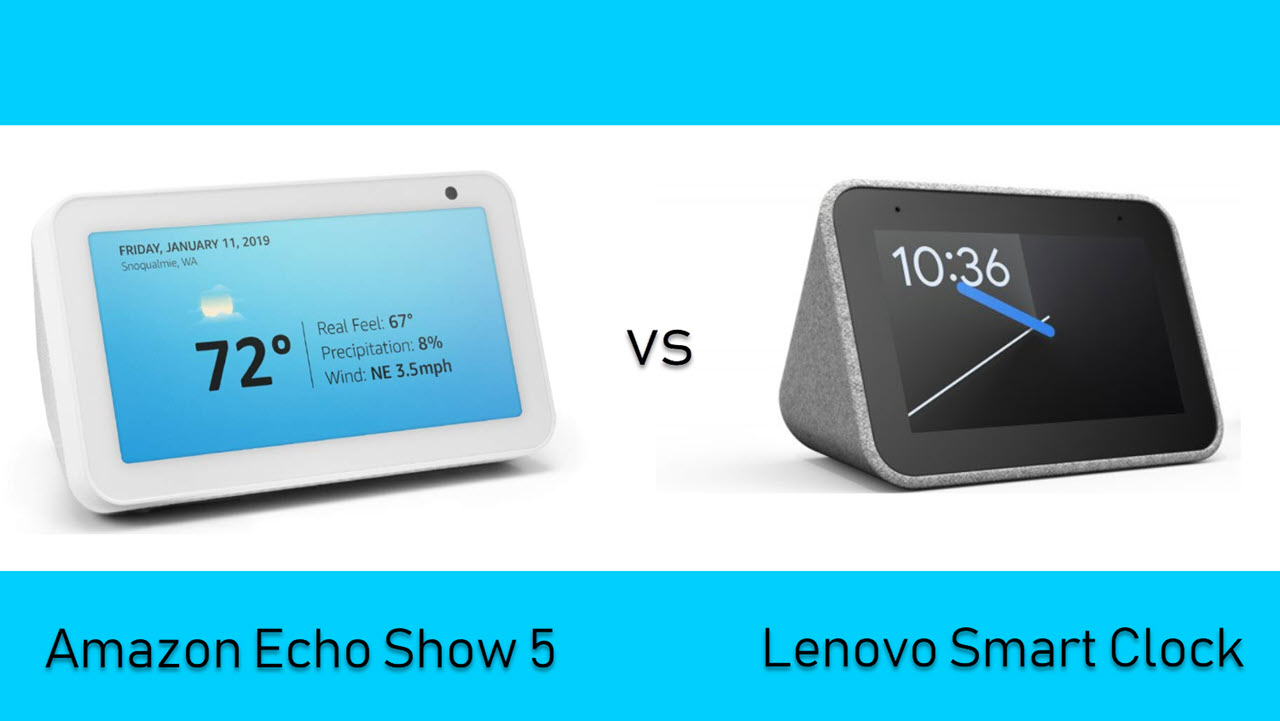 An old bedside companion, alarm clocks, are becoming obsolete with smartphones coming to the aide but the tech world saw the decline of alarm clocks as an opportunity to upgrade them. With the advent of technology alarm clocks may be on their way out with the arrival of smart displays that also function as a clock when on standby.

The smart displays that we’re going to talk about are small enough to sit on your bedside table and can do more than what your traditional alarm clock can do, making them a viable replacement, especially if you’re into the concept of having a smart home.

The smart clocks-cum-assistants that we’ll be comparing in this article for the place on your bedside table are going to be Amazon’s Echo Show and Lenovo Smart Clock with the Google Assistant.

Talking about the design, if you have ever come across the Echo Spot and seen how tiny and compact it is, both of these devices are similar to that in terms of feel. They have a rectangular display with an extension in the back and in terms of size the Echo Show 5 is the larger of the two with a 5.5-inch display against the 4-inch one on the Lenovo Smart Clock. 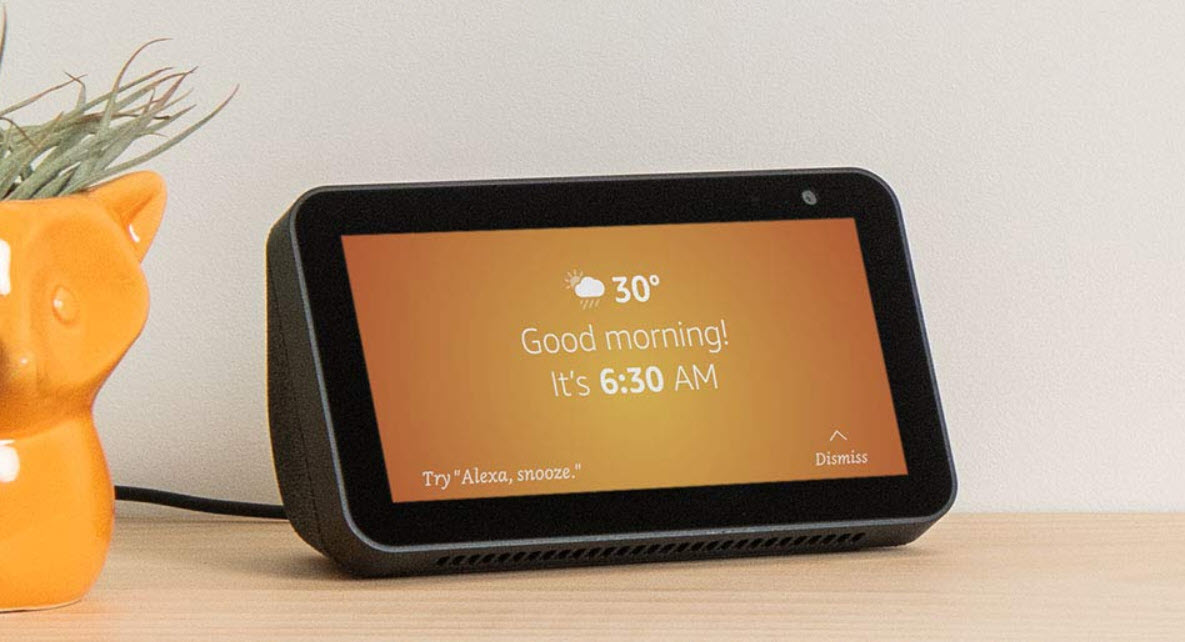 Both devices have a cloth texture on the back, and this makes them blend into the environment of your house without any issues. They come with physical switches to mute the microphones, but the Echo has a physical shutter for its camera too (the Lenovo Smart Clock has no camera).

Now that the way they look and feel is out of the way let us talk about the features these devices offer. Our first observation is that the experience that Lenovo offers is more bare bones and more like an alarm clock than the Echo Show 5 which has all the bits and pieces of features that makes Alexa so robust with just the added ability to function as an alarm clock.

The Echo Show 5 in this criteria completely outdoes the Smart Clock as it can not only help with smart home functionalities ( controlling lights and the like of it) but it can also playback video which the smart clock cannot do. 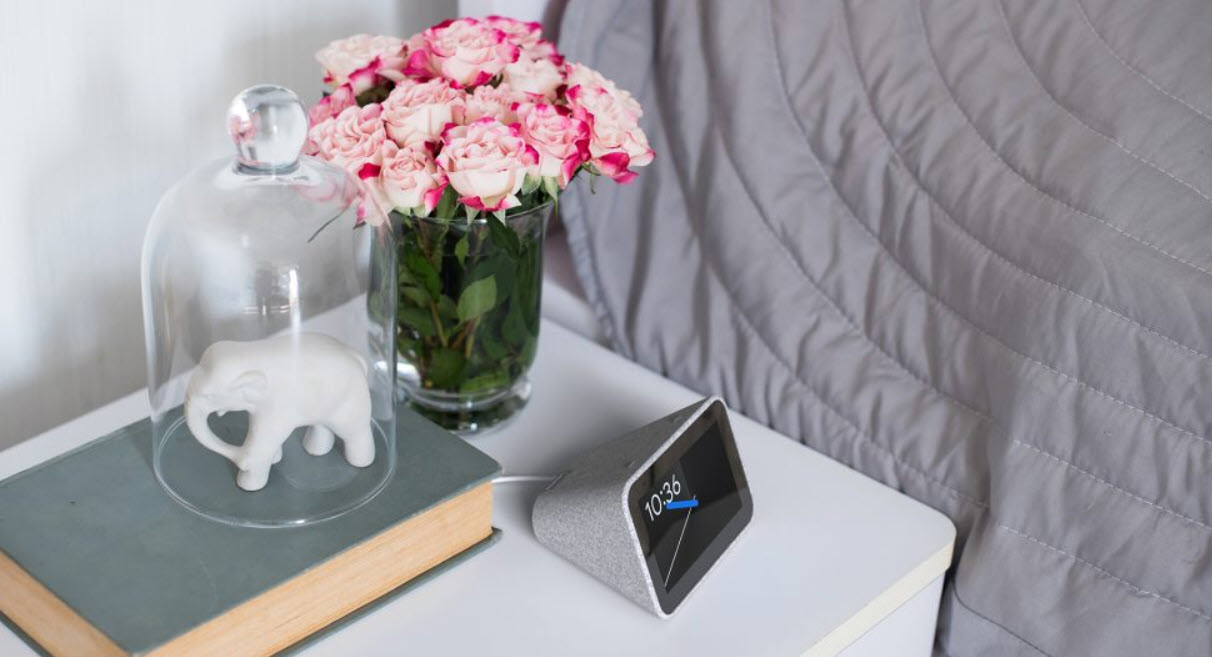 Things like weather, reminders, calendar events can be viewed upon both devices, but the Echo allows for more interactions.

The Lenovo Smart Clock and the Echo Show 5, both get considerably loud for their size, but Show 5 does sound better than the 6-watt speaker used in the Smart Clock. Show 5 can also connect to other speakers via Bluetooth or an AUX cable. Both displays can play music via their voice assistant.

The Lenovo Smart Clock can link with Nest camera equipment and can show you their feed but the Echo Show 5, on the other hand, can not only do this but with the in-built camera and microphone can also let you have a two-way conversation if your set up uses hardware manufactured by Ring. 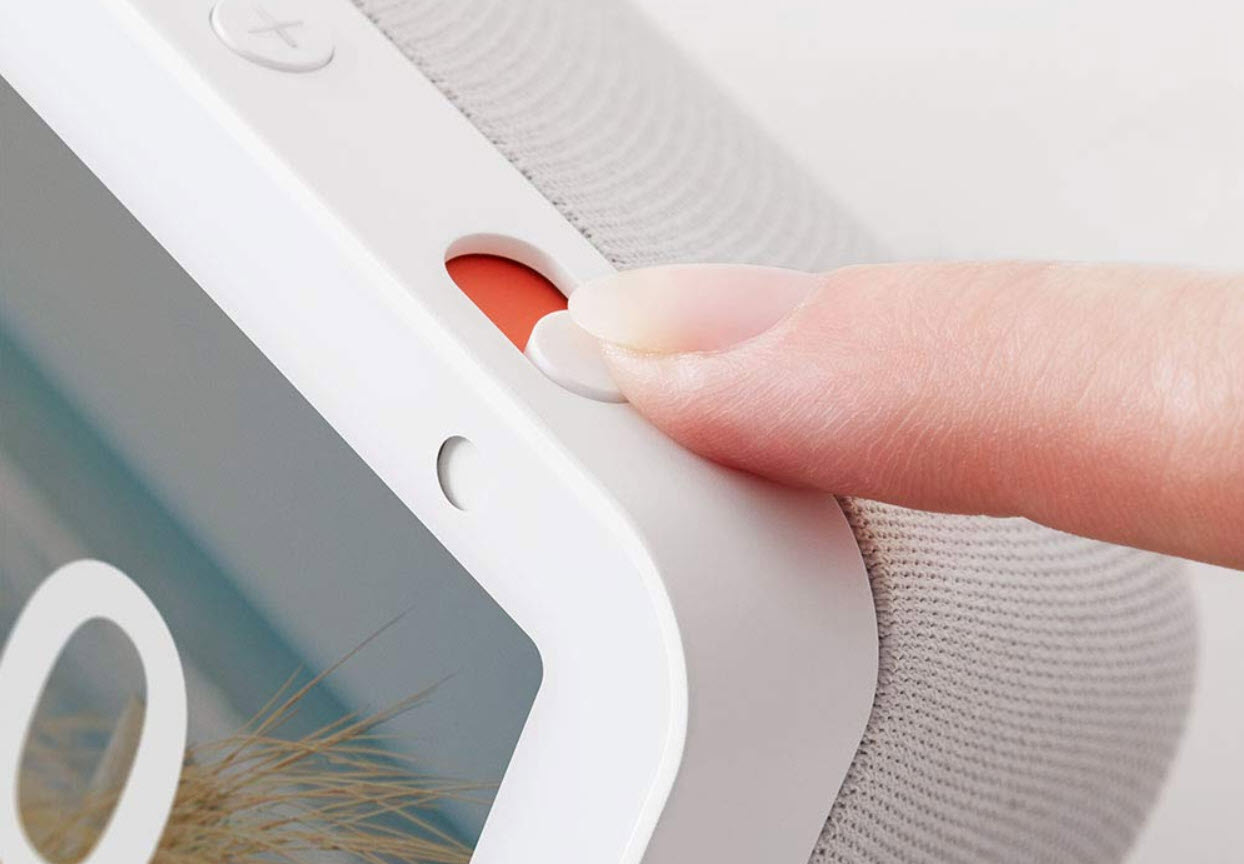 Physical button to close the camera on the Echo Show 5

The Amazon Echo Show 5 also sports a physical switch to close the camera and virtual toggles for closing the camera and microphone too. Lenovo’s smart clock misses out on these crucial features.

Both of these devices are being touted as smart clocks and to live up to that moniker, Amazon and Lenovo have added a ‘Sunrise’ alarm clock feature which gradually increases the brightness of the display to wake the user up rather than directly blast an alarm tone at them.

The Echo Show 5 retails for $89, and the Smart Clock is available for $79. To put it simply, for $10 more you can get a more capable device, which can play videos, control your smart home devices, facilitate conversations between different Alexa devices within the household and a slew of other actions with Alexa Skills.

Echo Show 5 is the device to pick unless you want to seriously detach yourself from electronics in which case the less functional and more simple Smart Clock should be your choice. However, if you’re going for the Echo Show 5, you should strongly consider giving this article by Will Oremus for OneZero (Medium’s tech and science publication) a read before you embark on a journey with smart tech supported by Amazon’s Alexa.