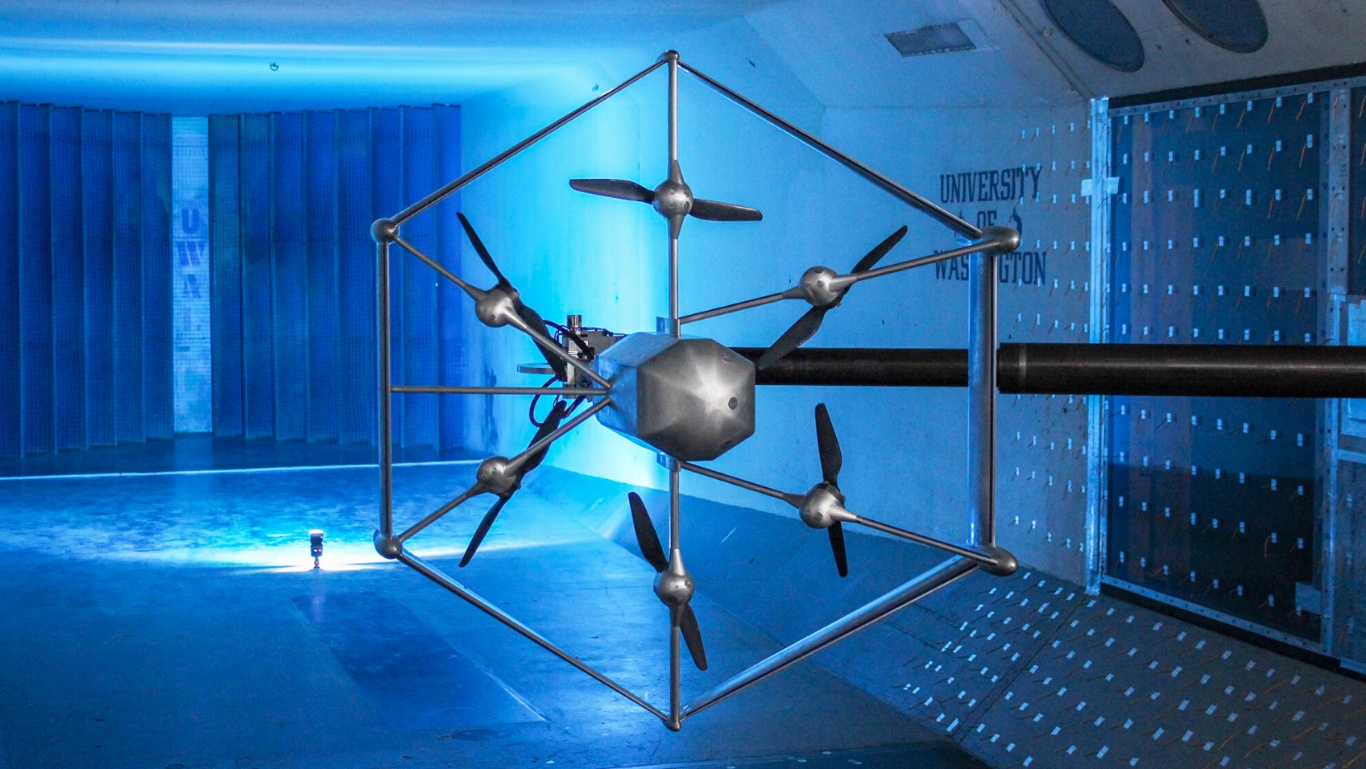 The company aims to deliver products within 60 minutes with drones, carrying a maximum payload of 5 lbs (roughly 2.26 kg). Amazon says that about 85% of its orders are below that weight.

Amazon’s drones have gone through several iterations, and while the company is currently using MK27-2 drones (pictured above), the next-gen MK30 drones will be introduced in 2024.

MK30 will be smaller, lighter, and have more range, temperature tolerance, safety features, and the ability to fly in light rain. Prime Air’s flight science team is also working on reducing the noise from the next-gen drone by 25%.

According to the FAA, Amazon’s drones can have an empty weight of 87 pounds and five pounds of payload. In addition, Amazon can only deliver using drones in an area within 3.73 miles of its Prime Air Drone Delivery Center (PADCC) in College Station, Texas, and within 4 miles of its PADCC in Lockeford, California. Both of these eligible delivery areas are divided into four sectors.

For both places, drone deliveries can only happen during the daytime, five days a week. Moreover, the frequency of drone delivery flights is capped at 50 per day, and only one drone can operate in each sector simultaneously — four can operate at once in each city.

Only the people within the drone delivery area are eligible for Prime Air drone deliveries. Once the order is placed, the customers will receive the estimated delivery time alongwith tracking information and will apparently also need to look out for the drop in their backyard.

“The promise of drone delivery has often felt like science fiction, and we’ve been working for almost a decade to make it a reality. We’ve built fully electric drones that can deliver packages under 5 pounds to customers in less than an hour, from click to delivery,” Amazon announced.

FAA has also approved Amazon to test its drone operations at the Pendleton Unmanned Aircraft Systems in Pendleton, Oregon, where the company is allowed approximately 48 test flights per day and 250 operating days per year.

In the News: Hackers are using Google Ads to impersonate popular programs