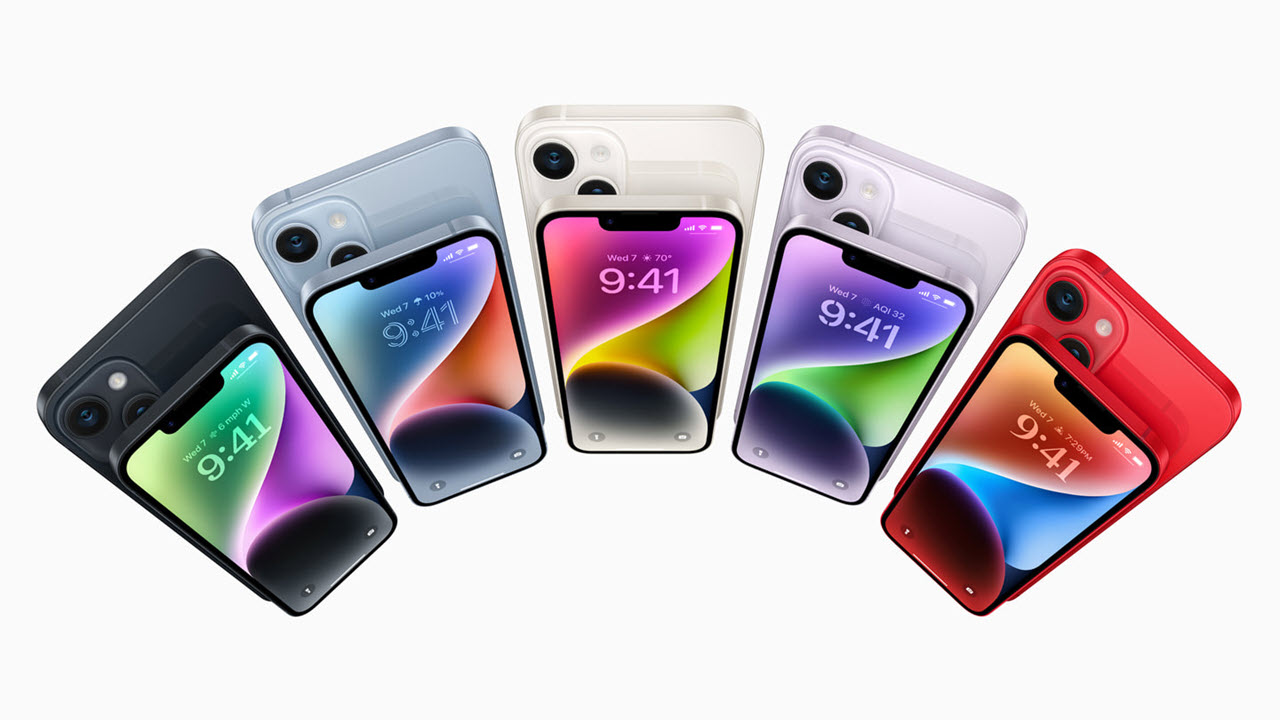 Apple has announced the iPhone 14, iPhone 14 Plus — still coming with a notch for everything, including the face sensor that other companies can pull off sans the notch — at Apple’s All Out event.

The newly released iPhone 14 is powered by the A15 Bionic processor that features 6-core CPU with two high-performance and four efficiency cores. Apple iPhone 14 Pro runs on the new A16 Bionic. As rumoured, Apple has gone with an older processor in the non-Pro lineup in a bid to drive enthusiasts further towards their more expensive and now more powerful lineup.

Apple iPhone 14 also features a 12MP primary sensor with an f1.5 aperture. The front camera is a 12MP unit with an f1.8 aperture with autofocus included for the first time. The phone’s thermal design is also touted to increase efficiency. As for the Max series, you get upgraded cameras, namely a 48MP main camera, a 12MP ultrawide camera and a 3x telephoto camera.

Other camera features common between the two phones include the Action Mode, which stabilises moving videos with a gimble-like effect, improved TrueTone flash, cinematic mode, end-to-end Dolby Vision HDR and both phones get the TrueDepth camera for better low-life performance.

The phones will also feature satellite connectivity, including a feature that’ll guide people to connect with a satellite. The company claims that it can take less than 15 seconds to send a message with a clear view of the sky. Apple has also developed a short message algorithm that reduces the message size three times. It’ll also allow people to integrate multiple eSims in the USA via AT&T, T-Mobile and Verizon.

The phone comes with a ceramic shield display design that’s supposed to be stronger than any other material in use. The frame is aerospace aluminium with water resistance. The phone will be available in black, red, blue, grey and off-white.

In the News: AirPods Pro gets a refresh with stronger noise cancellation