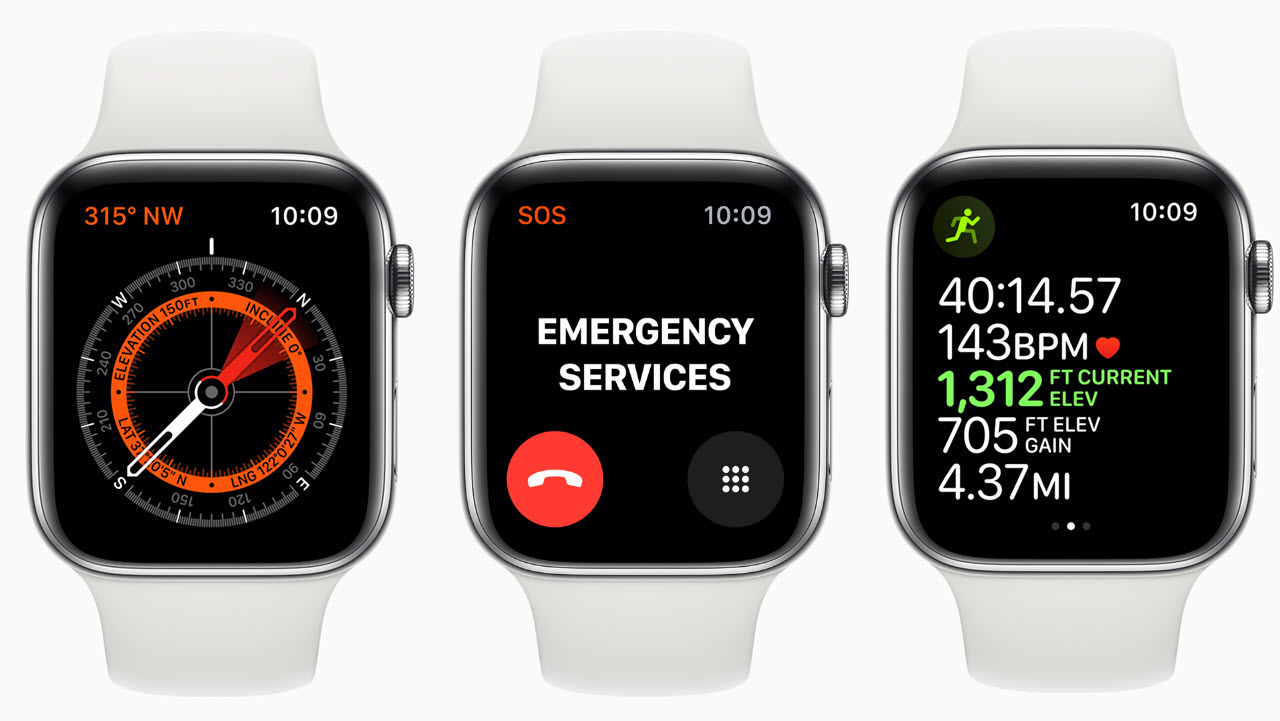 The Apple Watch underwent a major overhaul last year, and at Apple’s annual keynote event in Cupertino, California, on Tuesday Watch Series 5 was unveiled with incremental improvements on the previous generation with features such as an always-on retina display, built-in compass and international emergency calling (on the cellular model), which works in over 150 countries.

The built-in compass and updated Maps will show users the heading, incline, latitude, longitude and current elevation; and the compass can also be added as a watch face.

Read on to find out more about the new device, the various styles it is available in and its pricing.

Last year we saw Apple make some significant cosmetic changes to its smartwatch. The case sizes were increased to 40mm and 44mm, and the bezels were reduced — making the timepiece look and feel the best it ever had. The glass flowed into the frame of the device and the slight change in the bottom made it feel slimmer and a lot sleeker.

The Series 5 continues with this design language and further improves upon it with its upgraded internals.

This year the Apple Watch will be available in four different finishes, these are aluminium, stainless steel, ceramic — which is making a return — and brand new titanium. 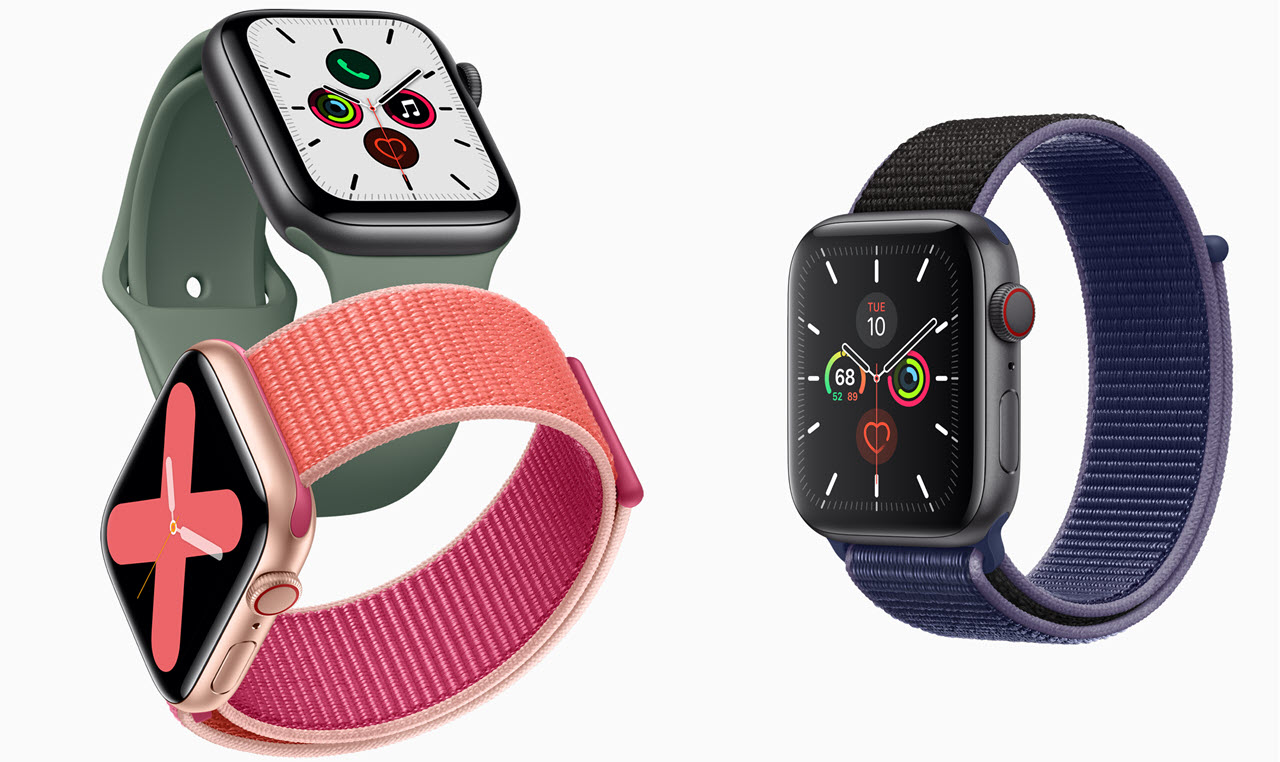 The traditional space grey, gold and silver options will be available in an aluminium case which is now made with 100% recycled material.

There are three different colour options for the stainless steel case as well, namely the normal Stainless Steel, a Gold Stainless Steel and Space Black option.

The white Ceramic which was not available with the Series 4 is making a comeback, and the new titanium case will have two unique finishes of its own, a brushed titanium case and a Space Black Titanium case.

Until now, consumers who picked up an Apple Watch were forced to choose from the company’s fixed catalogue and then had to spend more to get a band of their choice. But starting now, anyone who buys a Series 5 will be allowed to customise their purchase to their liking with the Apple Watch Studio.

This service is already available on Apple’s website and will make its way to their retail stores soon. It will not be available in all countries where the device is sold, and anyone who is not buying a Series 5 device cannot use this service.

As mentioned earlier in the article, the Series 5 employs a design similar to its predecessor and to that end also uses a similar display, except for a few changes that are not visible on the surface. 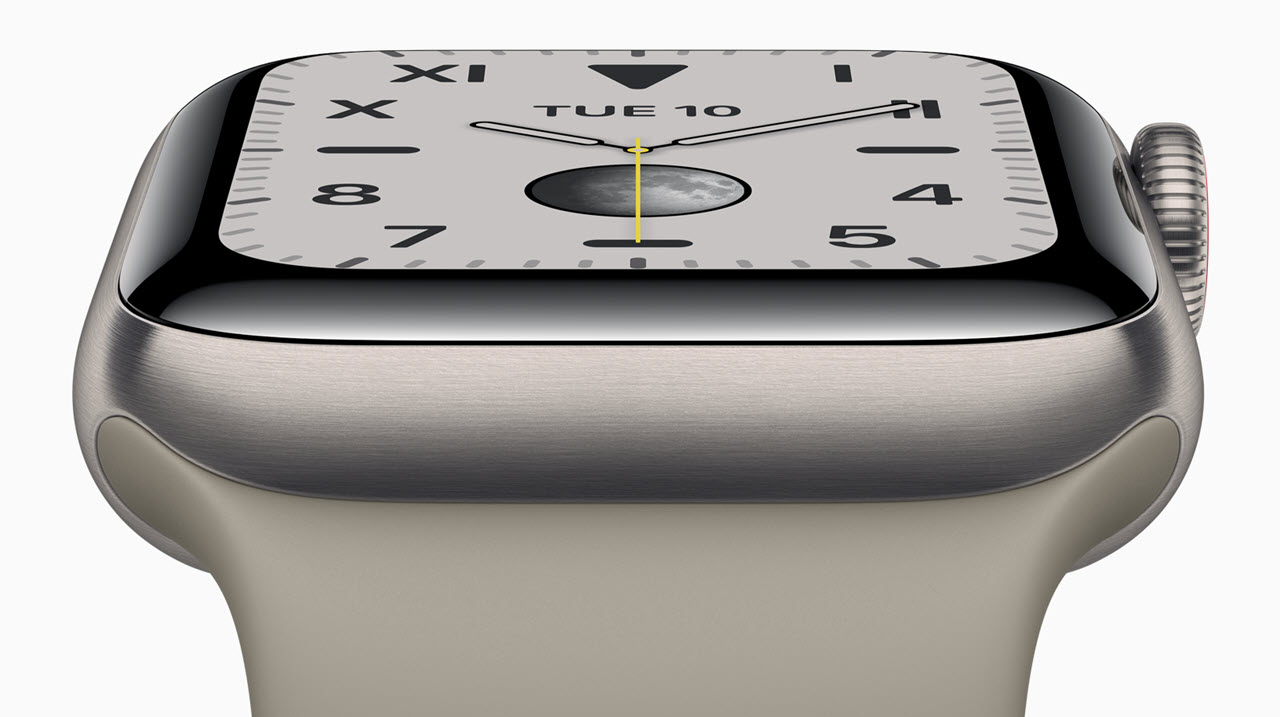 Apple is now using a new LTPO (low-temperature poly-silicon and oxide) display. The new device utilises a new reinvented pixel architecture, which allows the refresh rate to be controlled via the software. When not in use the display refreshes at the rate of 1Hz and when required bumps it up to 60Hz that helps improve battery life, according to the company.

A new low power driver is also being utilised to allow for the always-on functionality that was unavailable on the previous generation.

One would think that an always-on display would eat into the battery life of the device, but Apple claims that their device will still match the 18 hours of usage that they had claimed with the Series 4. This may be due to the new power management system that works in tandem with the display. 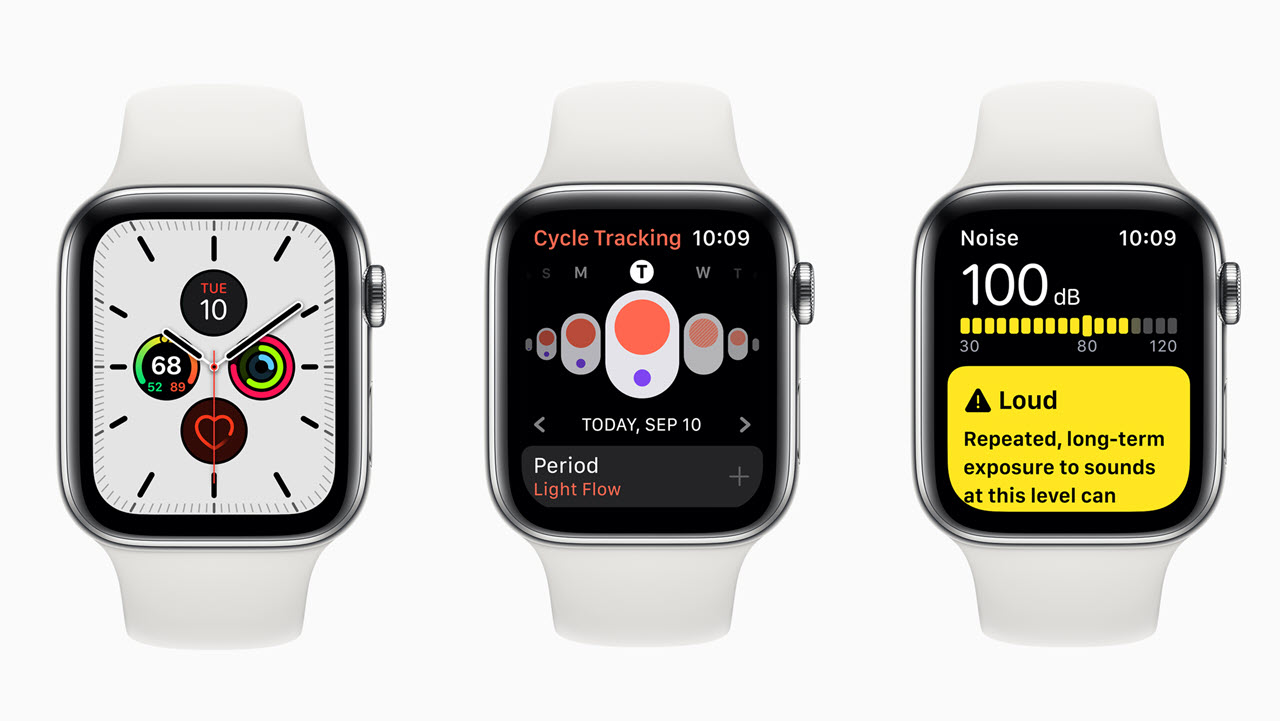 The pre-orders for the Apple Watch Series 5 are already live, and they will be available in stores starting September 20. The GPS variant will retail for $399 while the LTE variant starts at $499. 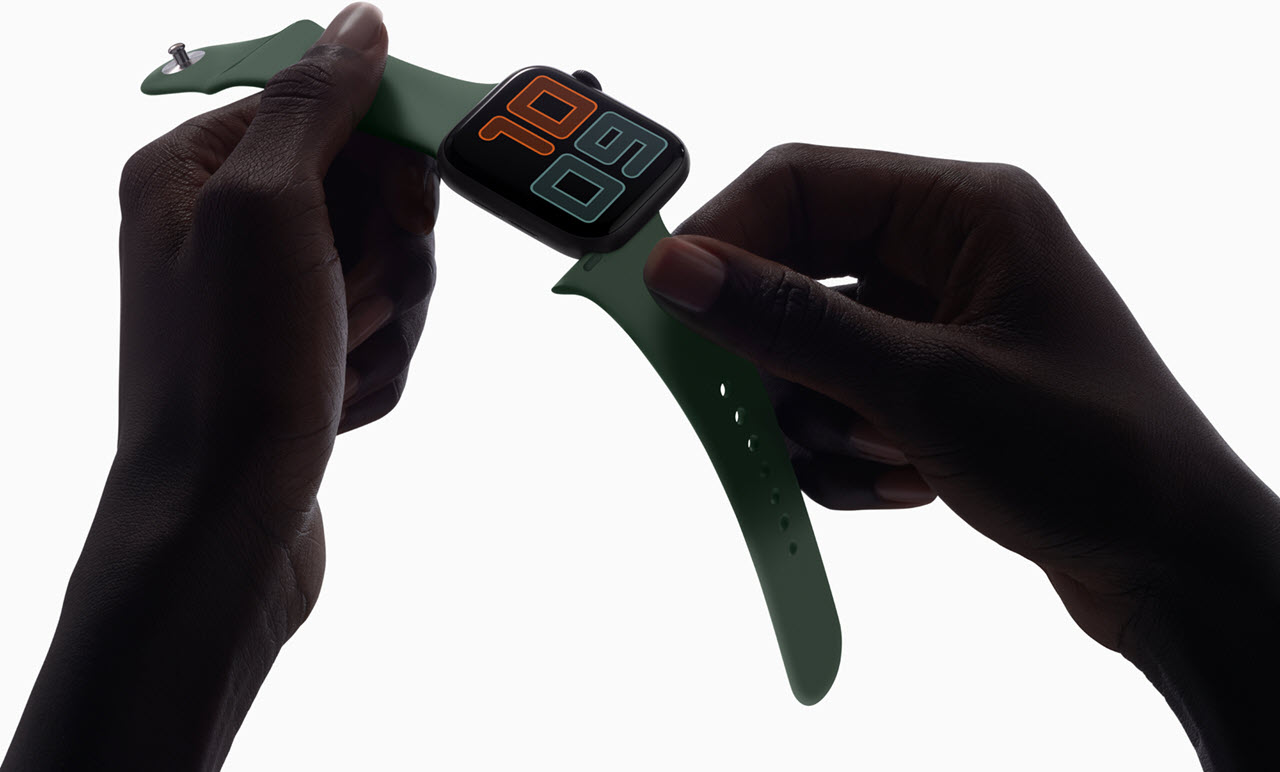 The Series 4 has been dropped from the lineup, but the Series 3 will still be available at a jaw-dropping price of $199 (GPS) and $299 (GPS + Cellular), which is excellent value for all the features that it offers.

Apple Watch Series 5 Nike edition is also available to order but will begin shipping on October 4.

“We’ve seen Apple Watch have a meaningful impact on our customers’ lives and we’re excited to deliver even more capabilities with Apple Watch Series 5 and watchOS 6,” said Jeff Williams, Apple’s chief operating officer. “The seamless integration of new hardware and software delivers an enhanced experience that makes it even easier to stay active and connected to the people and information users care about.”