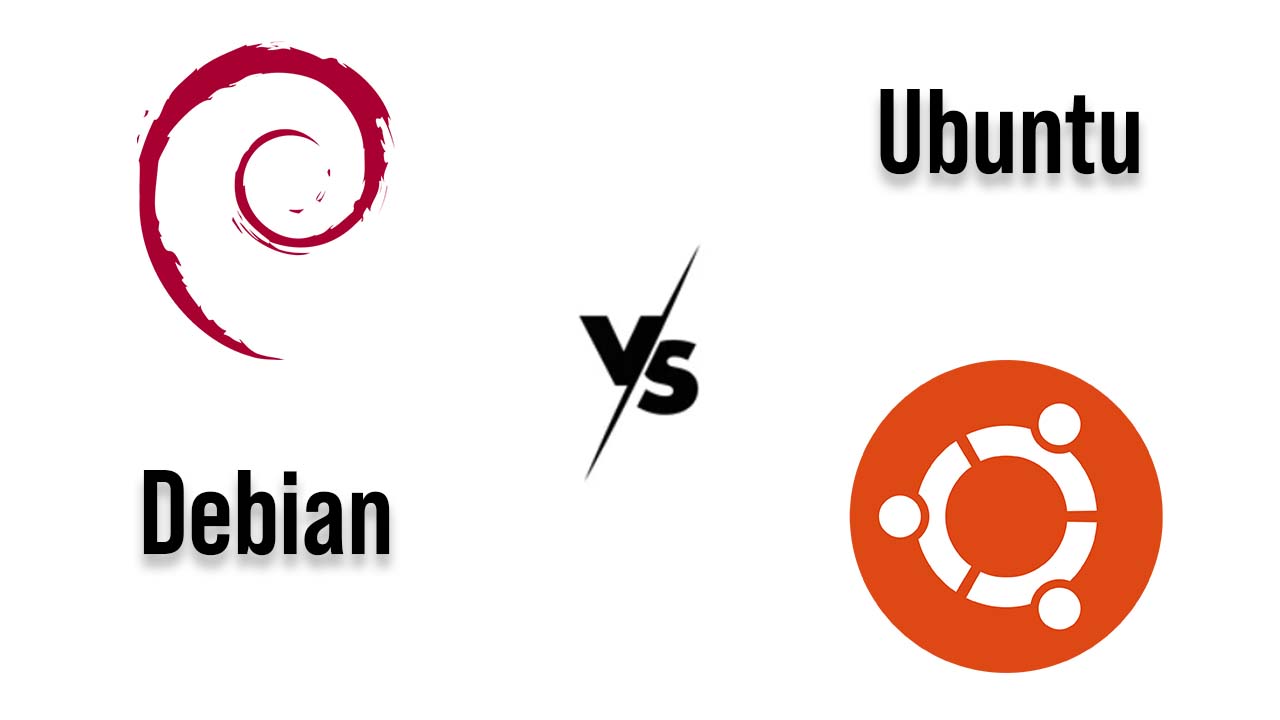 If you’re new to the Linux ecosystem, falling into the Debian vs Ubuntu debate can be exhausting. Yes, Linux is amazing, but the sheer choice you have between all the different versions and flavours can seem intimidating, especially for beginners.

In this article, we’re comparing Debian and Ubuntu to help you decide which one’s the best for you.

One of the oldest Linux based systems around, the first version of Debian came out in 1993. Since then, Debian is known for its stability and strict commitment to the open-source community. Another thing to keep in mind that Debian is entirely community-driven, which generally translates to great community support. Thanks to its stability and simplicity, there have been many popular Debian distros like Fedora, Parrot OS, Deepin and more.

Ubuntu is actually built on top of Debian and is a Debian distro in pretty much every sense. However, owing to its popularity, it’s treated as a separate OS altogether. While Debian is completely community-driven, the company responsible for Ubuntu is Canonical. Having a dedicated company for development has given Ubuntu a boost in the overall user experience.

What’s the difference between Debian and Ubuntu?

Aforementioned, Ubuntu is a distro of Debian, meaning they share a lot of things. However, there’s a good number of differences between them as well.

The major difference between the two is their release cycles. Since Ubuntu has a dedicated team of developers behind it, there are two versions released annually and an LTS (long term support) version released every two years and are supported up to five years since the release. The latest LTS version is Ubuntu 20, also known as Focal Fossa.

Debian has no official release cycle, but a new version pops up every two years or so. Fun fact: the releases are named after characters from the Toy Story franchise, with the latest release called Buster.

There’s one more release of Debian called Debian Unstable, and it’s exactly what it sounds like. This is an unstable version of the OS that sees frequent updates and is intended for testers and developers. The latest unstable release is named Sid, the kid in Toy Story that keeps breaking all the toys.

Aforementioned, Debian is known for rock-solid stability. This is also the main reason why Debian is preferred for server implementations. If the infrequent updates aren’t an issue for you, you can look to Debian for all the OS stability you need.

Ubuntu is fairly stable as well. However, there are a few bugs and glitches here and there, which are quickly fixed more often than not. Ubuntu is generally preferred for personal usage.

It’s a pretty straightforward comparison between the two here. They both feel snappy and can run just fine on just about any system configuration. However, if we really had to pick a difference, you could consider some added features in Ubuntu as bloatware.

Debian does offer a more true to the core Linux experience. Performance nonetheless is pretty much the same.

Also read: How to change boot animation in Ubuntu?

Owing to its popularity, Ubuntu has widespread software support making it the easy pick in this category. You can add more software repos if you feel the need, but the default repos will suffice in most cases.

Ubuntu supports PPA or Personal Package Archive, which is used to add additional repos to the system and is also used by many software managers to install and/or update software. Besides, Canonical has also been working really hard on Snapcraft, a central app publishing and installation platform for Linux distributions.

Debian supports PPA as well-meaning you can additional repos to it as the default repos stick largely to open-source software. This is also one of the reasons people are drawn to the OS. However, if you’ve got hardware that needs proprietary drivers, you might be in for some trouble.

Both the versions have great desktop environment choices; they just handle them differently. Debian comes in GNOME, Cinnamon, Xfce, KDE, MATE, LXDE, LXQt and standard — which is Debian without a GUI.

Ubuntu, on the other hand, treats each desktop environment as a separate version. While Ubuntu itself runs on GNOME, its flavours run on different environments — Kubuntu (KDE), Xubuntu (Xfce), Lubuntu (LXQt), Ubuntu MATE (MATE) and Ubuntu Budgie (Budgie).

Debian utilises the Debian Installer, which is based on nCurses. Ubuntu, on the other hand, uses an installer called Ubiquity. While both these installers have a GUI, nCurses has many more customisation options when it comes to installation.

However, all those options can be intimidating and confusing for a beginner, which means it’s better if they stick with Ubuntu’s Ubiquity.

This might not be a big point to most people, but it still is critical to both versions. Debian is entirely community-driven and enjoys active participation for the entire open-source community. This ensures decentralised development, meaning if one of the devs were to drop out, another would happily take their place.

Ubuntu, on the other hand, is developed by Canonical. While that’s all well and good, if Canonical decides to stop developing Ubuntu, however unlikely that might seem, it means almost certain doom for Ubuntu and the hundreds of distros the OS powers.

Also read: How to install Zoom in Ubuntu?

Debian and Ubuntu are both fairly complete Linux versions that can do whatever you want them to do. The choice here lies entirely in the use case.

If you want an all-in-one, easy to use Linux experience, whether as a beginner or as a pro with great software support and frequent updates; Ubuntu is the obvious choice. It can be bent to fit your needs and purposes quite easily.

However, if you want a lightweight, open-source OS and don’t really care about updates, Debian is a solid choice. A lot of developers use Debian for its unmatched stability.