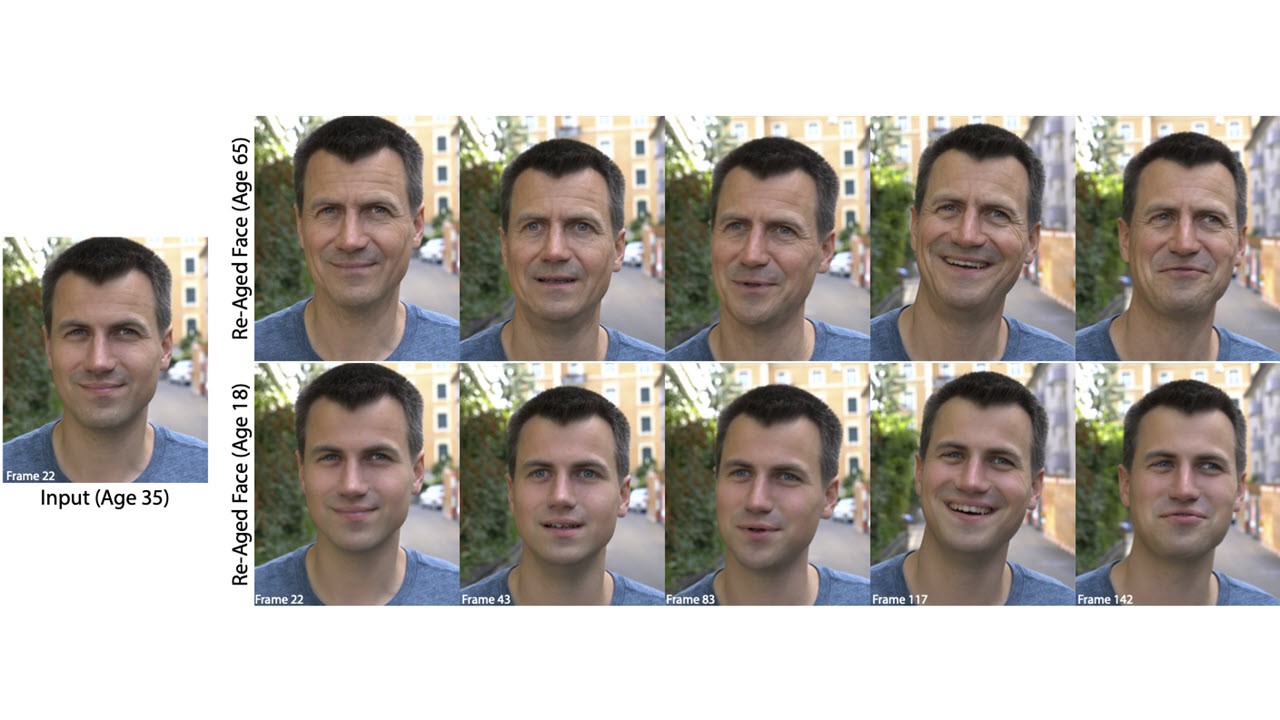 Disney researchers have created a new “production-ready” neural network that can change an actor’s age in the footage. The neural network runs automatically and is far cheaper and less time-consuming than the current alternatives while producing a high enough quality output to be used in movies or TV shows.

This new method, called Face Re-ageing Network or FRAN, automates the process of special effect artists re-ageing an actor using 3D scanning or 2D frame-by-frame digital retouching to make it much faster and cost-effective. Disney claims that FRAN is “the first practical, fully automatic, and production-ready method for re-ageing faces in video images.”

FRAN was demonstrated on Wednesday at the 2022 ACM SIGGRAPH Asia conference under a paper titled “Production-Ready Face Re-Aging for Visual Effects” by authors Gaspard Zoss, Prashanth Chandran, Eftychios Sifakis, Markus Gross, Paulo Gotardo, and Derek Bradley. All of the paper’s authors are associated with the Disney Research Studio in Zurich, Switzerland.

The network was shown the same synthetic and photorealistic person with the corresponding source and target ages. These faces came from a data set of thousands of randomly generated examples of artificially aged faces between 18 to 85 years of age using StyleGAN2 — a tool by Nvidia that uses transfer learning to generate a seemingly infinite number of portraits in an infinity variety of painting styles.

The artificial faces generated from StyleGAN2 were especially helpful as they helped tackle the challenge of depicting “a variety of identities, ages, and ethnicities in different viewpoints”.

The researchers have also made a friendly user interface for the network to help visual artists easily use the tool in production environments. While Disney hasn’t announced any plans to use it in future productions yet, considering the company’s track record with Computer Generated Imagery (CGI), it wouldn’t be surprising seeing FRAN deployed in the field.

In the News: Three vulnerable Android apps discovered with over 2 million downloads