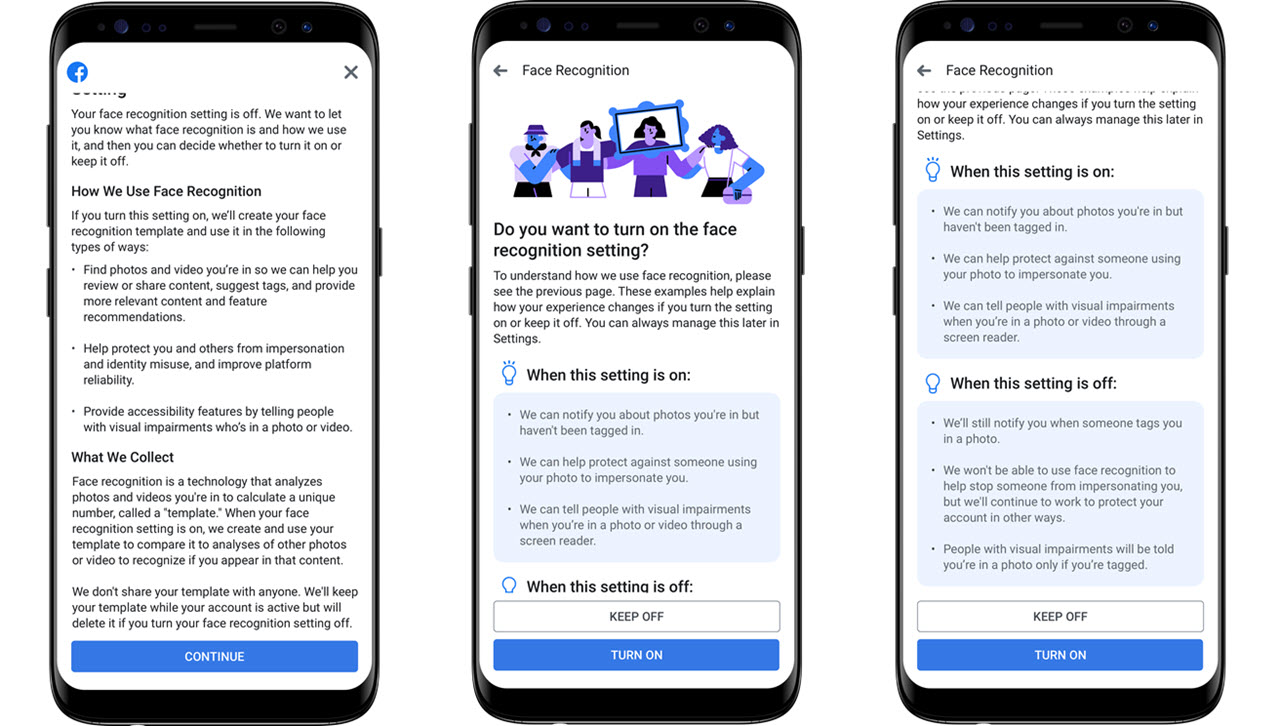 Facebook has announced that it is discontinuing its tag suggestion feature that suggested friends tag each other in photos and videos and new users or those who previously were using the tag suggestions settings, will now have face recognition settings available.

By default, the feature will be turned off, and the notification is intended to show users how the platform uses the face recognition tech — including the data collected, what happens if the settings is on or off — to help them decide whether they wish to keep it turned off or want to turn it on. Those who have the Face recognition settings turned on won’t see a notice.

What are the new features?

According to Facebook, the notice that the users see in their News Feed will give information along with a turn-off/ turn-on button.

Those users who do not have the face recognition settings turned on won’t see any changes, and Facebook will not recognise them or suggest tags. Moreover, for these users, features like Photo Review — which lets the users know when they appear in photos even without tags, will not be available.

In the News: Facebook gears up for 2020 US elections with stricter policies for advertisers

How does Face Recognition work?

According to the company, face recognition works on a unique number called template. The template is generated by analysing the pixels in the already tagged photos and is stored in the Facebook database. So, when the new photo or video of the user is uploaded, a comparison is made by the system to the template and the users are recognised.

All looks good if you read their post. But is it? On December 2018, Facebook admitted that the photos of about 6.8 million users were exposed because of a bug. In the same month, Facebook was fined by Italy for selling the users data without their consent.

We advise people to use their common sense when it comes to any privacy-related settings on social media, especially when it comes to Facebook. Ultimately, privacy is in our own hands, and we must protect it by whatever means necessary.