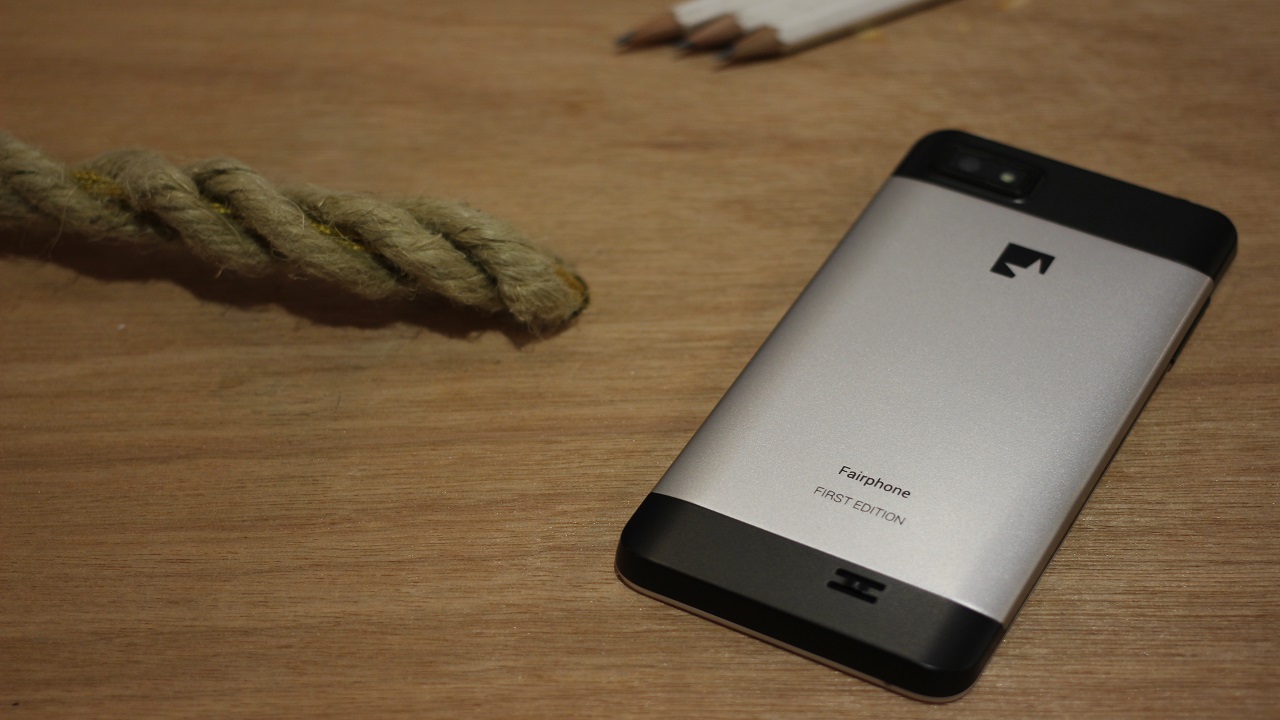 We live in a time where people change their phones year after year, although this trend seems to be slowing down with manufactures making their devices more future-proof. Over the years, the impact that this has had on the environment has been drastic, but a company called Fairphone has been working to change this.

At the base of the organisation is a vision which revolves around producing devices that are made to be long-lasting while also being fair towards the people who help make it. Hence, the focus on three major points ethical mining, better working conditions for employees of the factory, and developing an easy-to-repair device.

On the ethical mining front, the company is trying to revolutionise the industry by choosing materials that are recycled or have been mined responsibly in a fair manner. The 30mg of gold that is traditionally found in smartphones is essential to the PCB, and they have managed to source this in a certified manner. The plastics used are also recycled, and accessories required are sold separately as they expect you to continue using the ones you already have. Their efforts for better working conditions have also been summarised, which mostly revolve around ensuring employee safety and providing them with a living wage rather than the bare minimum.

To make their devices long laster, they incorporate modules in their devices that can be easily replaced as they are only held in place by Philips #000 screws or small clips. The components of the modules can also be replaced if desired, but this requires a T5 Torx screwdriver. Read ahead to find out more about the phones that they have sold, supported and are continuing to sell. 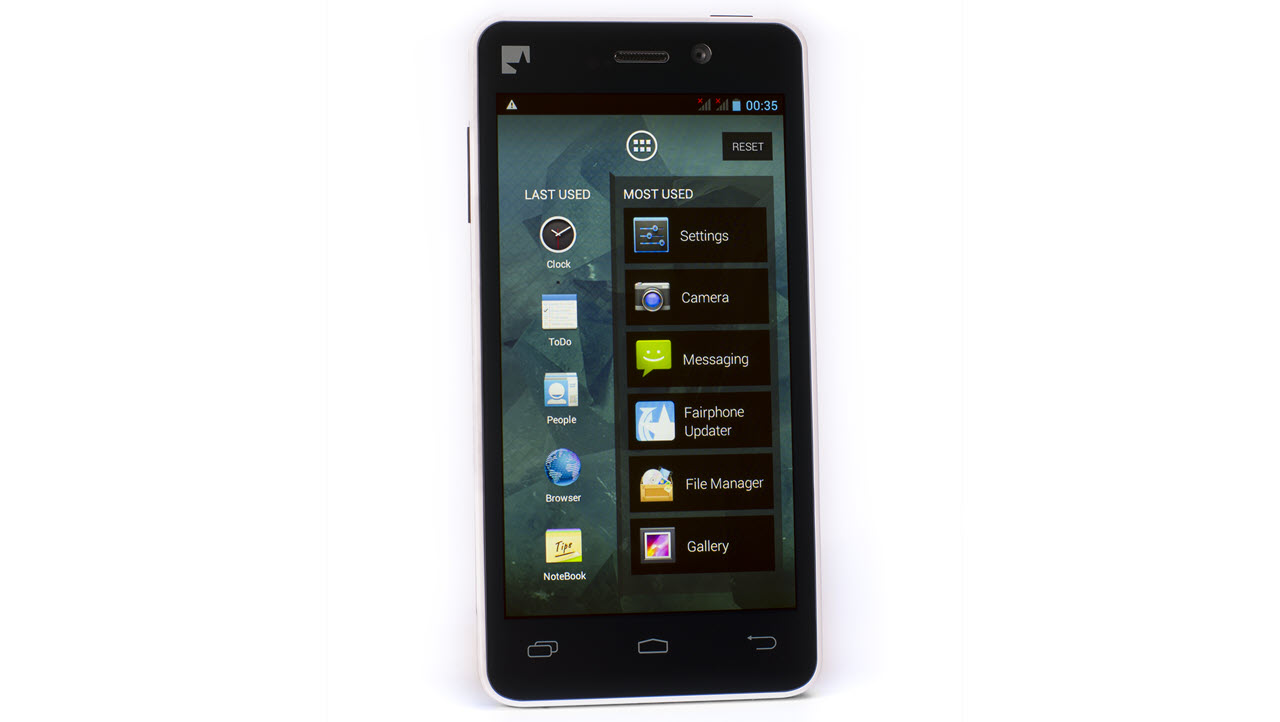 Fairphone 1 was the first phone that the company released. It had a primary focus on using fairer materials, which allowed them to not dedicate a lot of resources on increasing the actual longevity of the device, although it was something that they desired to do but not then.

To begin making a mark on the industry Fairphone utilised a pre-existing smartphone design and worked on it to make it theirs. To this end, they created free repair manuals in collaboration with iFixit and offered spare parts on their website. This model incorporated conflict-free tin and tantalum from the Domestic Republic of Congo.

The phone used a 4.3-inch qHD display, a MediaTek MT6589M quad-core processor supported by 1GB RAM and 16GB of ROM, expandable via microSD. It had an 8MP rear snapper and a 1.3MP lens upfront. This model of the phone had a removable back that allowed easy access to the battery (2000 mAh) and the rear camera sensor had a straightforward — an easy to replace build. All internal components were accessible, which earned it a rating of 7 from iFixit.

In July 2017, Fairphone announced that they were ending support for the Fairphone 1, both software and spare parts. Founder Bas van Abel explained the reasons behind this decision and the steps they had taken to prevent this from happening again in a blog post. This was a let down for many owners Fairphone 1 owners. 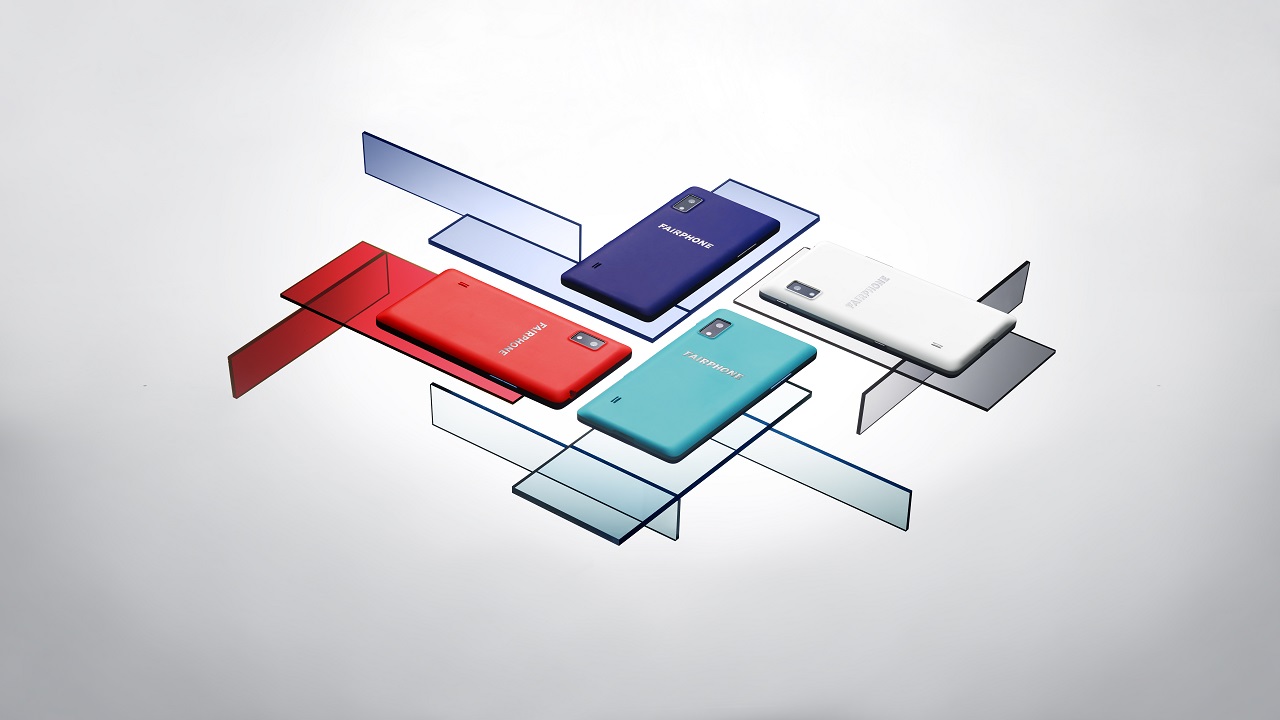 After seeing that the market had demand for a fairer device, Fairphone decided to manufacture a second device to support their movement. The Fairphone 2 utilised an all-new in-house design that allowed them two things that were not present with the first iteration, direct access to their suppliers and the ability to expand the lifespan of their device using the new modular design. In this model of the phone, the company used the same conflict-free tin and tantalum, and also added tungsten from Rwanda and Fairtrade gold from Peru to the list.

This device had the specifications of a flagship from the past. The outdated Snapdragon 801 that was used in it, while popular and widely used, was 45% slower than the 810, which was the new entrant then. This raised questions about the longevity of the phone. Also, there was a lot of news about how Android 7 would not come to devices which used this (Snapdragon 801) chipset although Fairphone stayed true to their word and worked on providing this update. The device currently runs Android 7.1 and was last updated in August 2019 showing that security patches are still coming through, albeit a bit late. If you were wondering, this device was given a rating of 10 by iFixit. 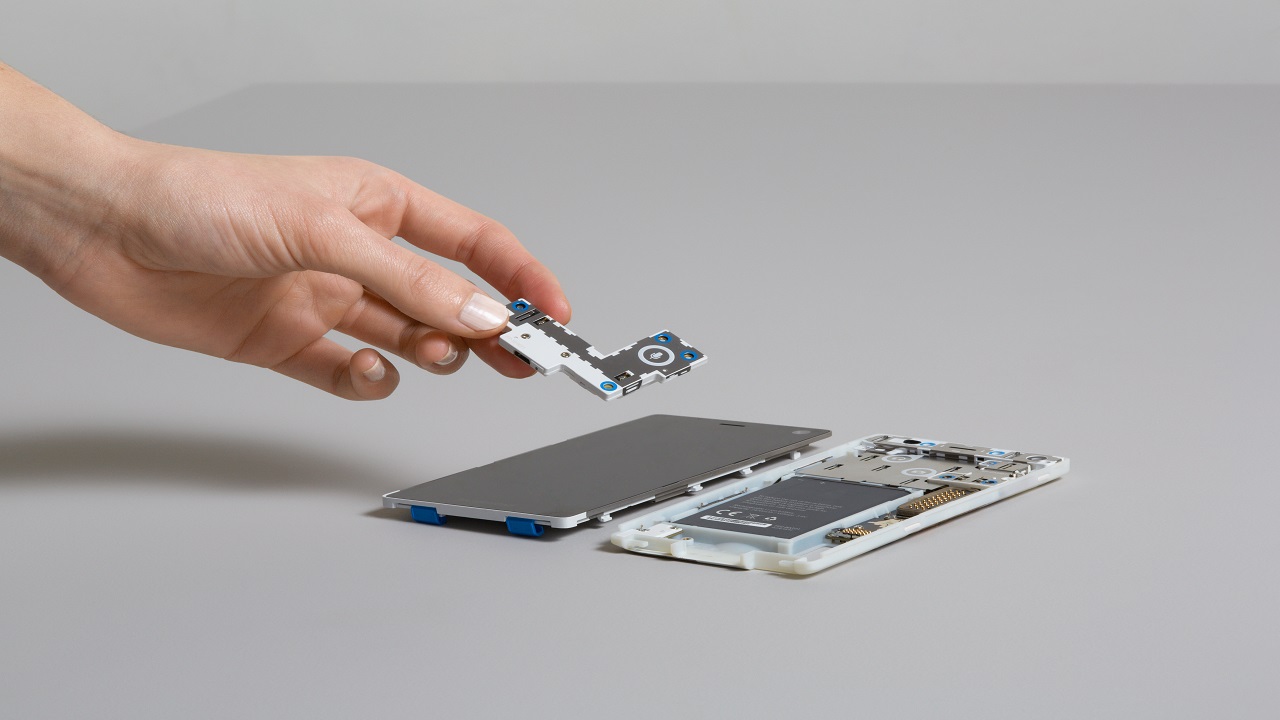 Other than the chipset, the device uses a 5-inch 1080p LCD panel with Gorilla Glass 3, 2GB of RAM and 32GB of ROM, with expandable storage. The camera system made use of a 12 MP camera on the back and a 5MP one in the front. The battery is a 2420 mAh cell that can be replaced at will. 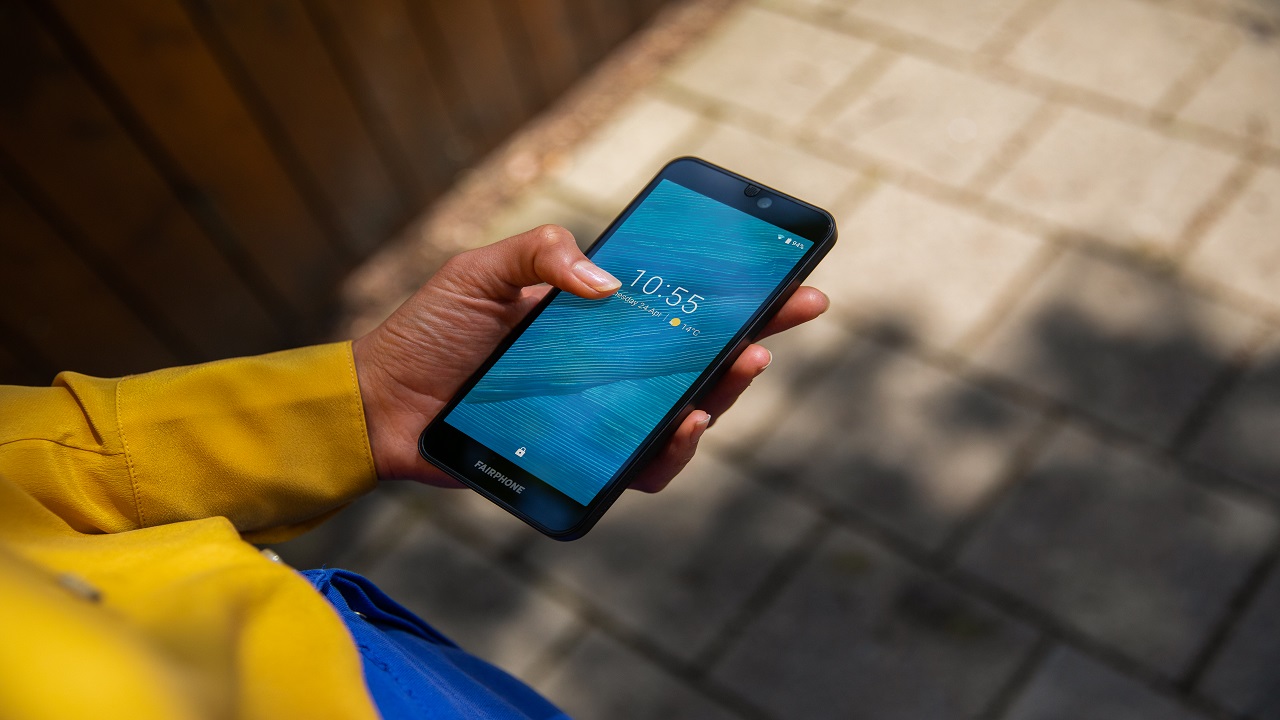 About four years later, Fairphone has now started selling their third smartphone, while support for the Fairphone 2 still seems to be reliable, this phone is the next step for the company towards continuing the change they started in 2013.

The specifications of this phone are finally on par with the phones of 2019 – albeit the mid-ranged section. The device features a Snapdragon 632, which is also found in the Moto G7, 4GB RAM and 64GB internal storage, which can be expanded further. The camera used this time around is a 12MP Sony sensor with an 8MP front-facing camera. The battery is once again replaceable, but with an increased backup at 3060 mAh, which powers a much improved 5.65-inch IPS LCD panel with a resolution of 1080 x 2160. USB Type-C has also made its way onto this smartphone replacing the micro-USB ports of the previous generations.

In the attempt to continue their mission, the modular approach sees the addition of a new module for the loudspeaker (iFixit gave this device a rating of 10 too) and materials like nickel and cobalt have also been added to the list of materials that they are sourcing.

How far have they come since their inception? 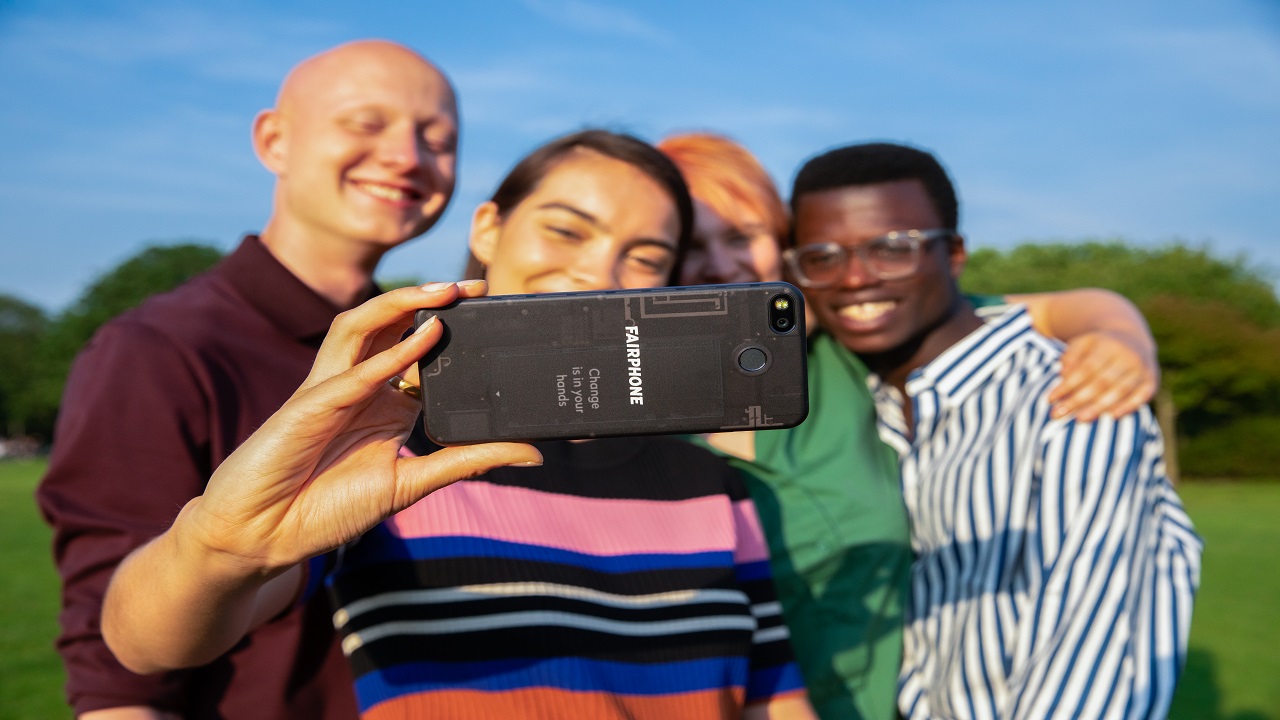 When Fairphone started operations in 2013, they had a goal selling just 5000 units of their first phone. When the demand for those 5000 overwhelmed them, they decided to continue funding and produced a total of 60,000 units, which were all sold. This was followed with them developing a brand new design that led to the inception of the Fairphone 2 which sold 40,000 units by May 26, 2016, which was just five months from its release in December 2015. These were phones that commanded a premium for the specs they offered, and numbers like this were great for the company. In March 2019, they announced that all they had sold nearly all units of the Fairphone 2 and in the September of this year they unveiled to the world the Fairphone 3.

However, not all has been positive for the company, but their efforts show that they’re in it to bring about a change. The support for the 1st generation, as mentioned earlier, had been cut short due to financial in-viability. Still, the company learned from this mistake and sourced enough parts for the Fairphone 2 to last them for a total of 3 years after all devices were sold out. We are yet to see how this pans out as only time will tell.

The company claims that they source resources ethically, providing safe working conditions and are working on increasing longevity of the Fairphone, which sounds like they’ve come a long way. Going by their message behind the device, increasing the longevity isn’t entirely related to the SoC they use, but to their modular approach. They’ve also brought down the premium to sell a fairer phone to below $230, which is a step in the right direction. You can check out the Fairphone here, and find out about their mission and maybe buy a phone if interested, although they only ship to European countries as of now.