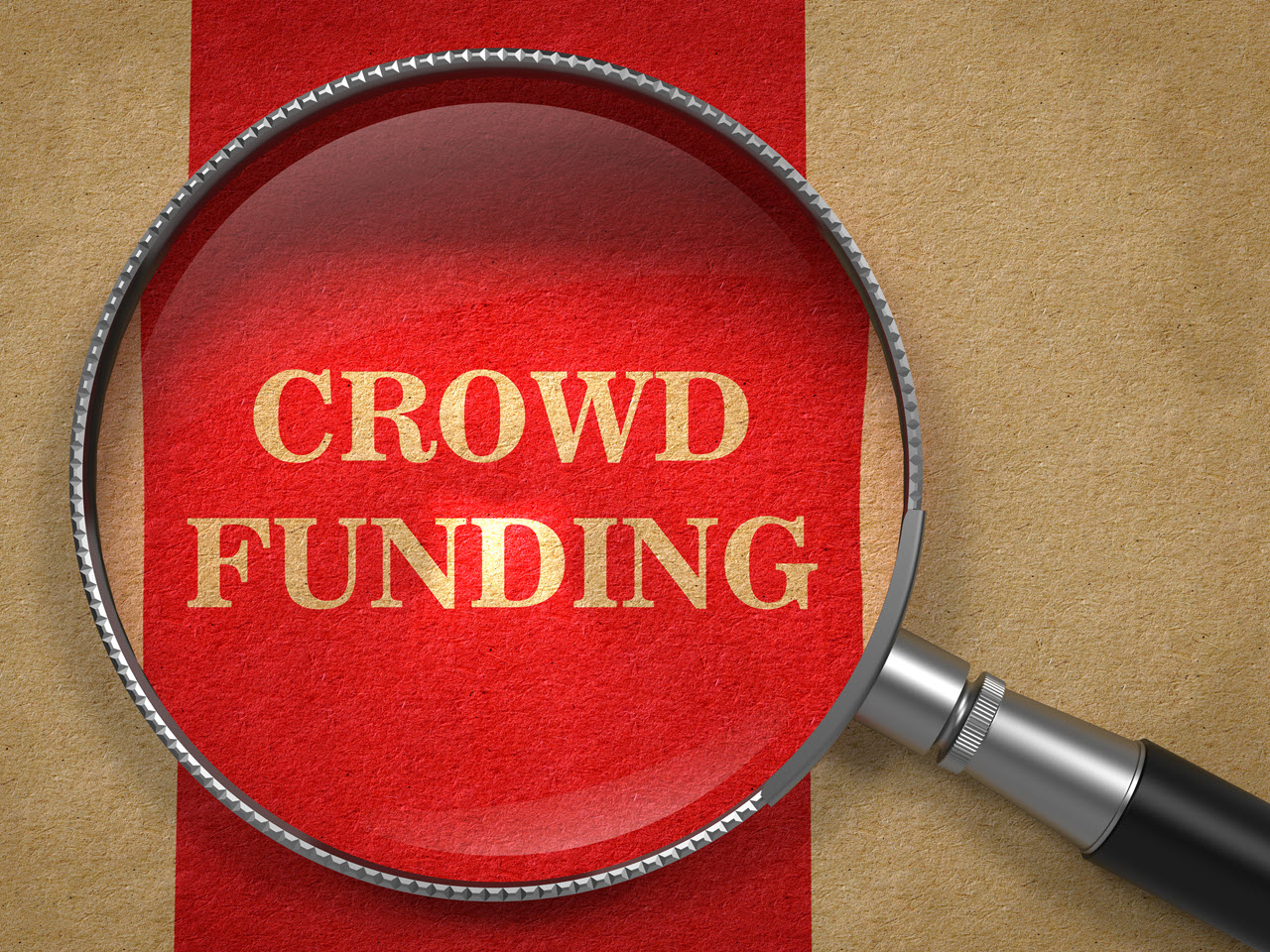 Ever wondered what happens with crowdfunding campaigns that raise a lot of money? Most of these projects tend to die down before they make it to the hands of consumers or are often plagued with issues that make for a bitter experience. But once in a while, a product works its way through the troubles of funding, development and manufacturing to change the course of things.

In August, we published an article talking about the basics of crowdfunding and also my experience with such a campaign. In this article, we have collected an assortment of products from the past which made their way onto the market via crowdfunding and then grew into companies, some which made an impact and some that are continuing to do so. 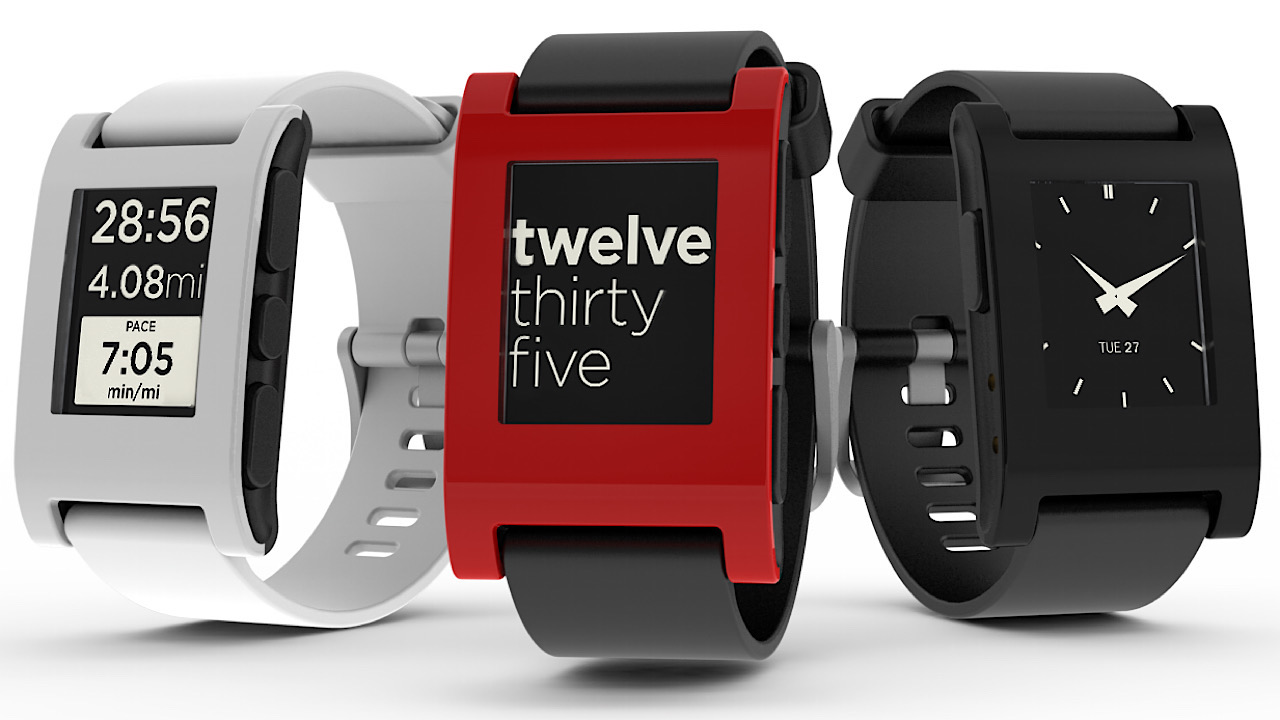 The campaign for the first-generation Pebble started in 2012, and it had an initial funding goal of $100,000 which the manufacturers hoped to accomplish by selling a thousand units. Although, they were in for a shock when their product managed to raise $10,266,845 with the help of 68,929 backers — making it one of the most successful campaigns on Kickstarter.

The overwhelming response at the time affected the company’s timeline for the delivery of the product, but they managed to push through it showing that they had it in them to make it big — which they did before their closure in 2016.

At the time, the Pebble was more of a revolutionary product than anything else. The basic build of the device utilised a curved e-paper screen — which is different from an e-ink display — and a plastic body. Still, it provided a feel and feature set that made it attractive in the developing smartwatch market of 2012. 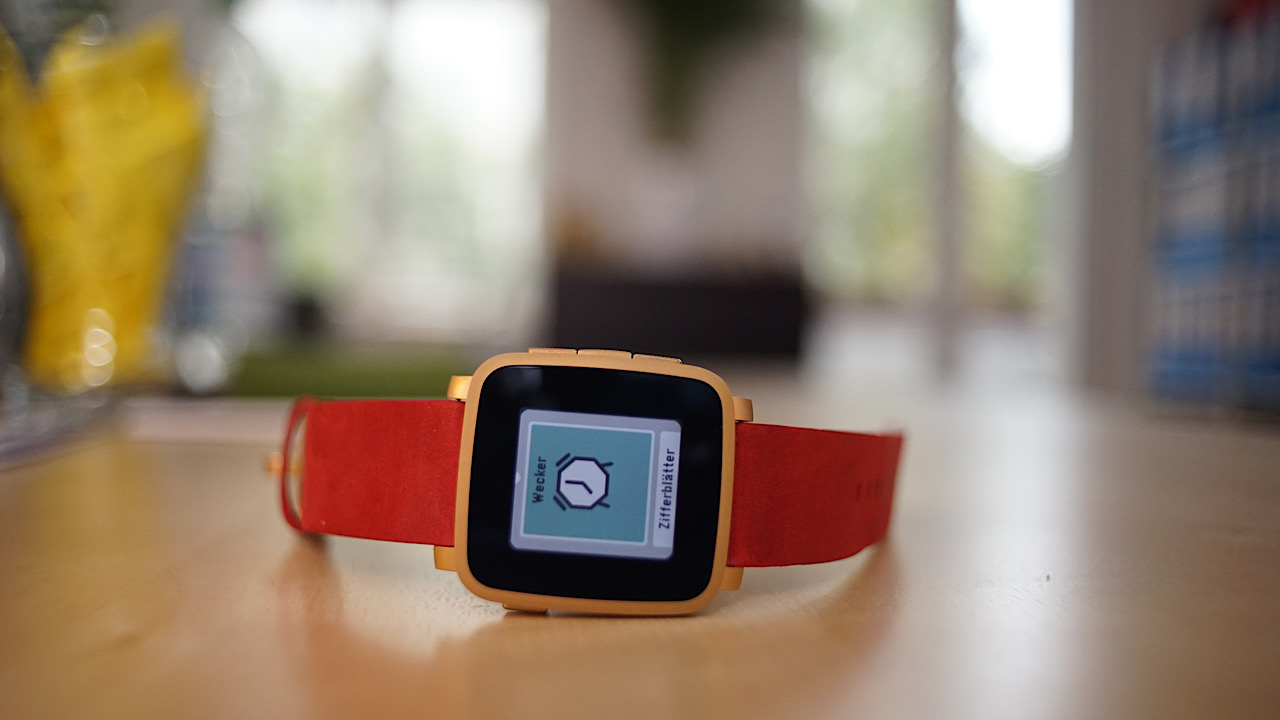 About three years after the launch of the original Pebble in 2015, the smartwatch company introduced the Pebble Time and Time Steel, which went on to become some of the highest backed products on Kickstarter. The campaign had an initial goal of $500,000 but raised a whopping $20 million ($20,338,986) with the help of 78,471 backers. You can check out the product page here to see how the entire campaign progressed.

If people thought the design of the original was a little odd, well, the follow-up was out to change this, with a much more refined look and premium variants in the form the Time Steel. The Time was made with a case that used a combination of stainless steel, whereas the Steel used only stainless steel. The entire software experience of the watch also changed to support the 6500 applications that had been developed for the watch.

In 2016, Pebble shut down all operations as Fitbit acquired them. The ongoing projects at that time were scrapped. Official support for Pebble’s devices has since been shut down. Although, the Rebel community has stepped in and has kept services running in recent times, albeit unofficially.

Update [November 1, 2019]: Google has announced that they’ll be acquiring Fitbit. 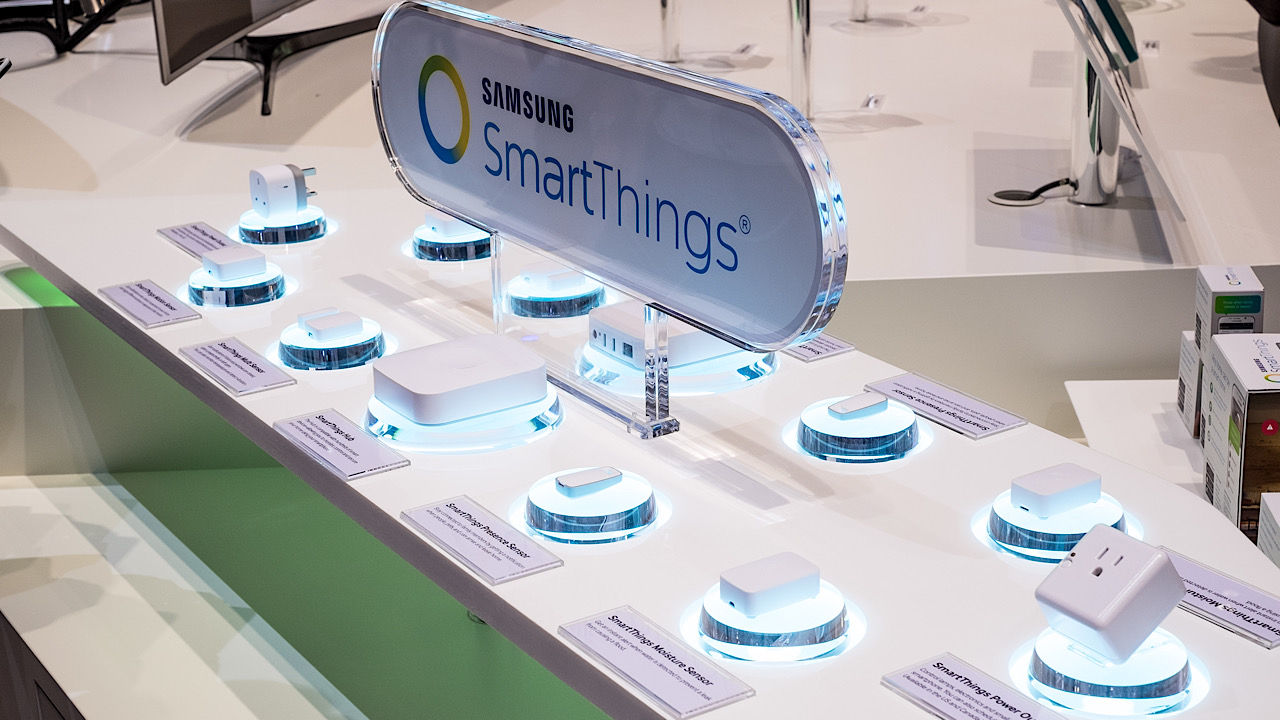 Initially launched in 2012 on Kickstarter, SmartThings set a goal of $250,000 but surpassed it by over $900K when they raised $1,209,423 from 5,694 backers. You can find out more about what the service offered back then on their Kickstarter page here.

SmartThings started as a hub that could link with objects in your household, including smart devices using the array of available sensors. You would believe that with the funds that they had the campaign would sail smoothly, but that was not the case. A lot of international backers were left waiting for their product for well over two years since manufacturing began.

After their initial campaign ended, the company ran several rounds of funding to raise more capital over the next few years. Ultimately, in 2014, they were acquired by Samsung for $200 million, as the Korean giant began to expand its move in the IoT sector.

Development for the SmartThings platform is still ongoing. This year Samsung announced a new Rules API to make it easier for devices to function together and an SDK to bring more compatible devices to shelves to make their system easier and attractive to adopt. 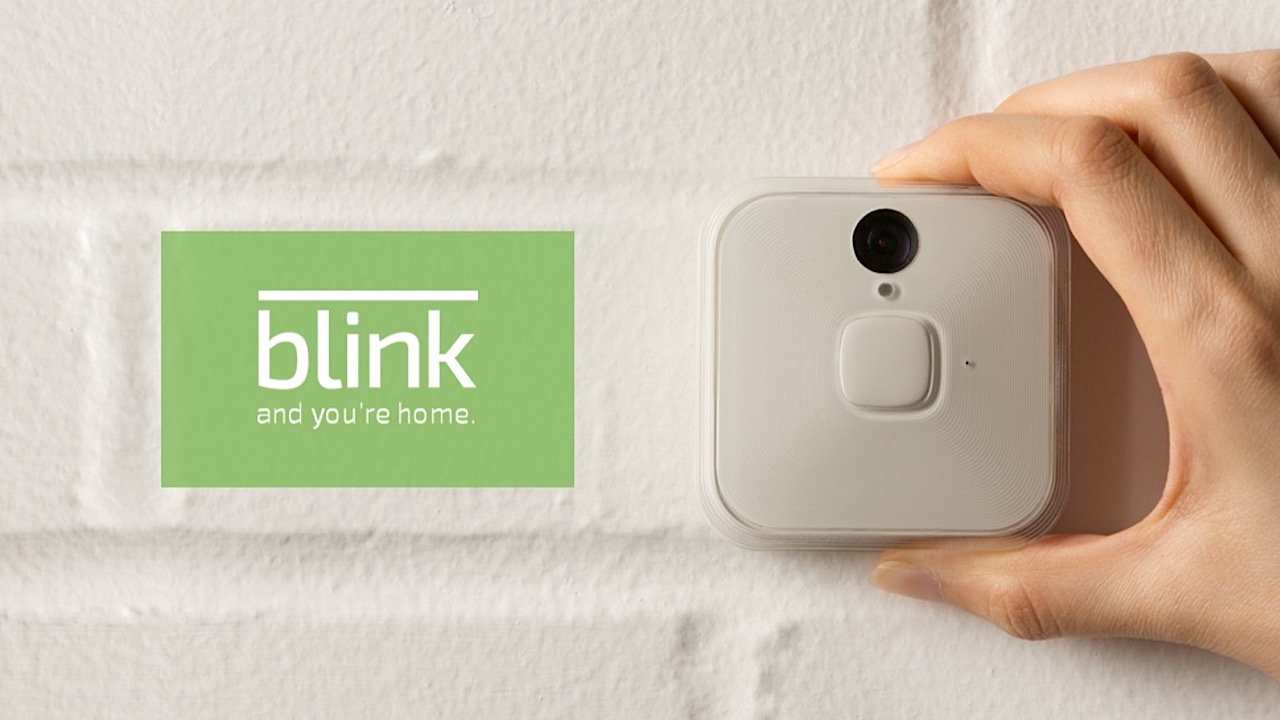 Low cost and high value — the terms that are seldom used for devices whose primary function is to provide users with information about their home’s security. The Blink security camera brought a welcome change to this with its Kickstarter campaign, which took place in 2014 and had a goal of $200,000. Within a few blinks, the camera system had raised $1,069,386 with the help of 6,879 backers.

The Blink is a wireless system which uses a hub known as the Sync module and several cameras to monitor all corners of your house. The main hub remains plugged in while all the individual camera units can be placed anywhere you desire. They are powered by AA batteries, thus getting rid of any limitations due to power connections. All the communications between the hub, cameras and your smartphone take place over wireless connections.

There are no monthly charges for their services and cloud storage for videos is free. The original product has undergone a few design revisions since it came out on Kickstarter and now functions better than ever. Amazon acquired the company in 2017 and since then, have started selling an updated version of the original product, which now lasts for two years with a set of batteries compared to the one year that the early models provided. A new outdoor camera, the XT2, was also added to the lineup. You can find out more about Blink on their website here. 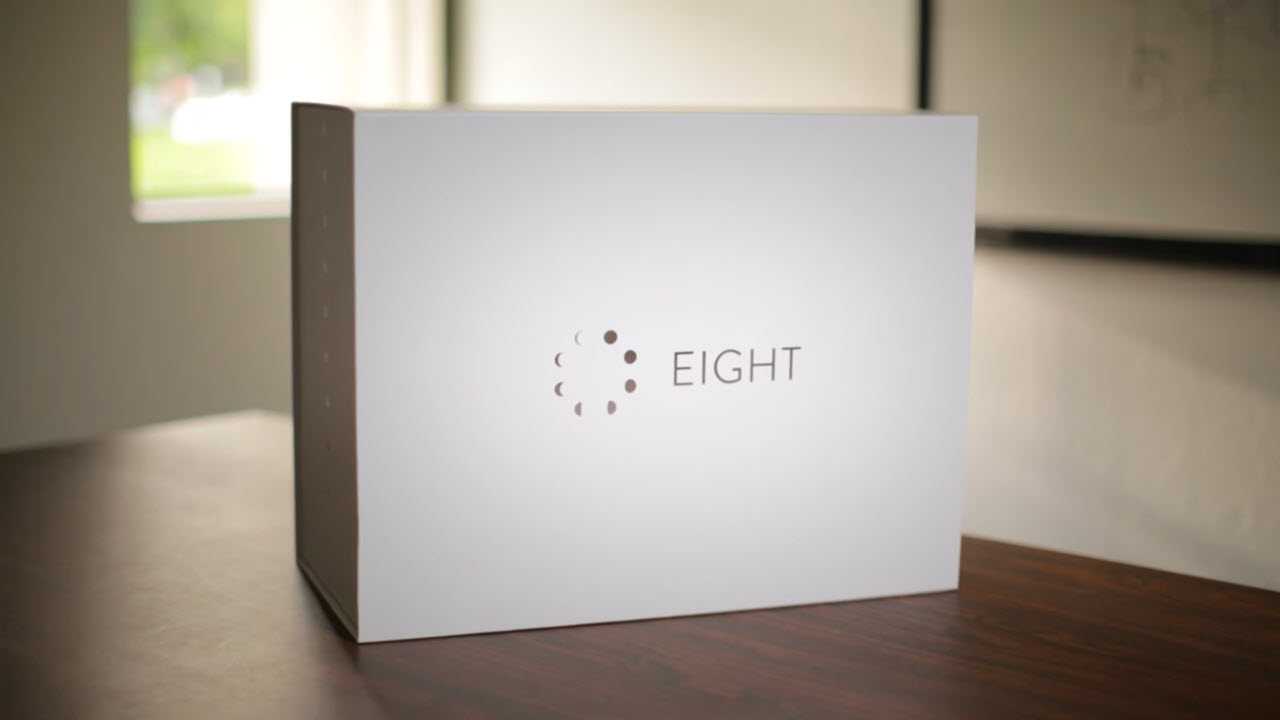 The Eight mattress cover is unlike your traditional run of the mill ones. It joined the plethora of health-based devices in the market with hopes of eliminating the need for wearables in bed. The cover aims to track your sleep, warm up your bed and even connect to other smart products in your house to function in conjunction with them. It works using an application which can integrate with Google Fit and Apple’s Health application to show all your recorded data in one place. 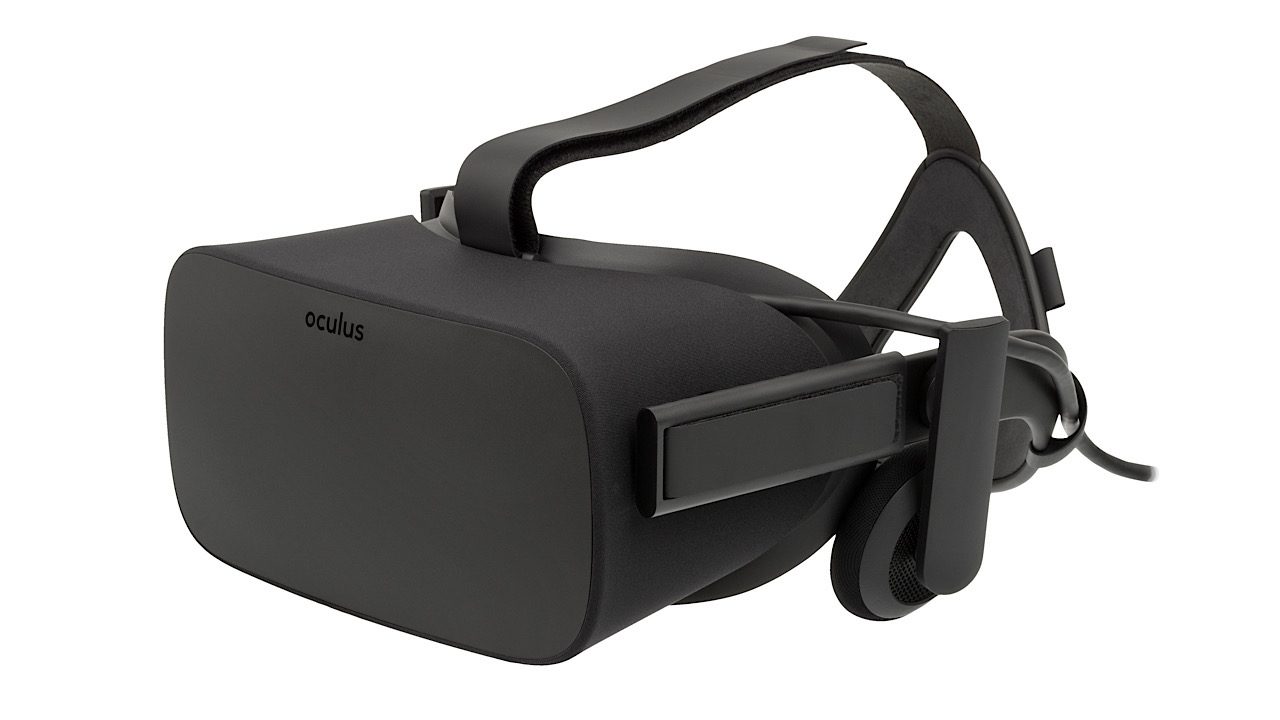 The Oculus Rift was a revolutionary product for the world of VR. Its Kickstarter campaign aimed to raise $250,000 for its campaign but instead made $2,437,429 with the help of 9,522 backers. All of these sales came from the pre-production development kits. Buyers were provided with a copy of Doom which they could play to see what the future held. This device made Home VR which had seemed like a distant dream a reality.

During the campaign, Oculus was acquired by Facebook for $400 million, shares of the company and another sum to the tune of $300 million, provided Facebook achieved some goals. Three years after the success of the campaign, Oculus has discontinued the original headset and replaced it with the Rift S, and another budget headset called the Quest. You can check their website here. 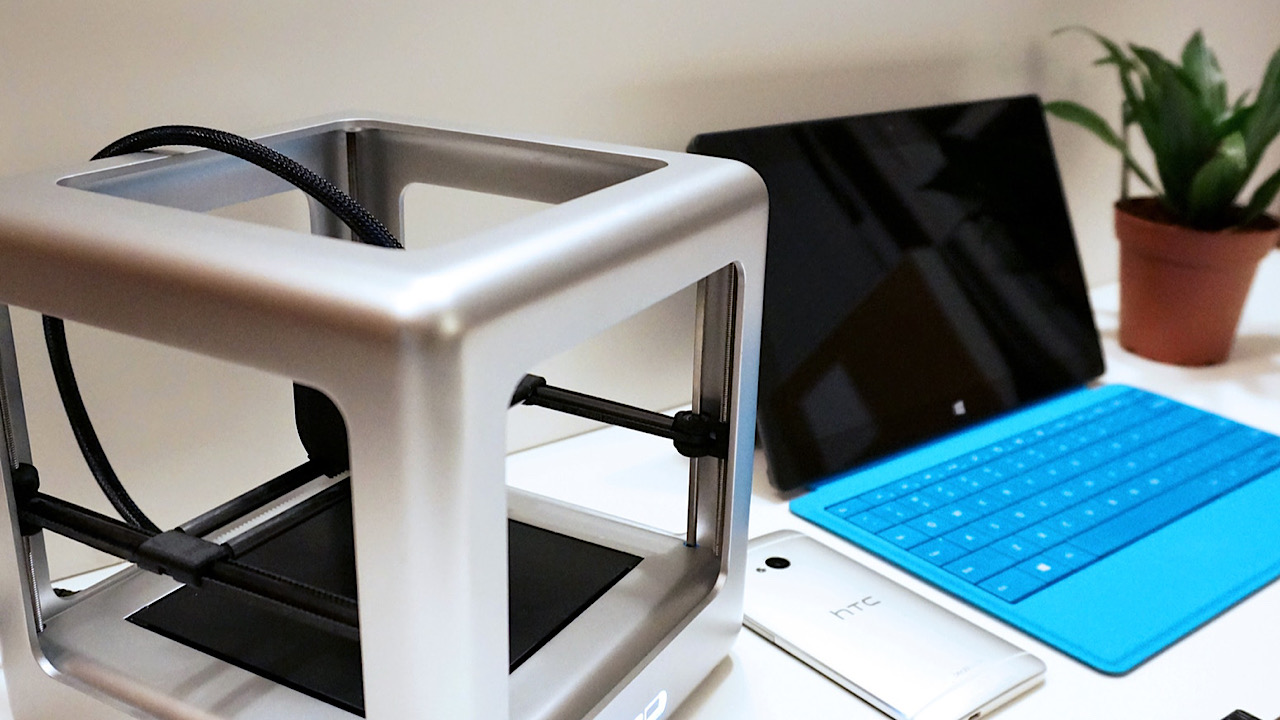 The campaign was started with the aim of bringing 3D printing to the masses in an affordable manner. According to their page the device was aimed at professionals and casual users and for this reason, was made to provide a simple experience which led to the development of the devices unique aspects which are its ability to support different types of spool materials, it’s lightweight, USB compatible and user-friendly software.

The 3Doodler was similar, in essence, to the Micro 3D — listed above — as both share a similar goal, to bring affordable 3D printing to consumers, albeit in a different way. The device in question here is a one that takes in ABS or PLA in the form of strands, melts it and then expels it from the tip allowing you to draw anything that you desire.

Since the inception of the product, the company has developed several other models and has introduced their pens in over 8,000 classrooms around the world, as mentioned on their website.

Also read: Refurbished vs Used vs Certified Pre-owned: Which one to choose? 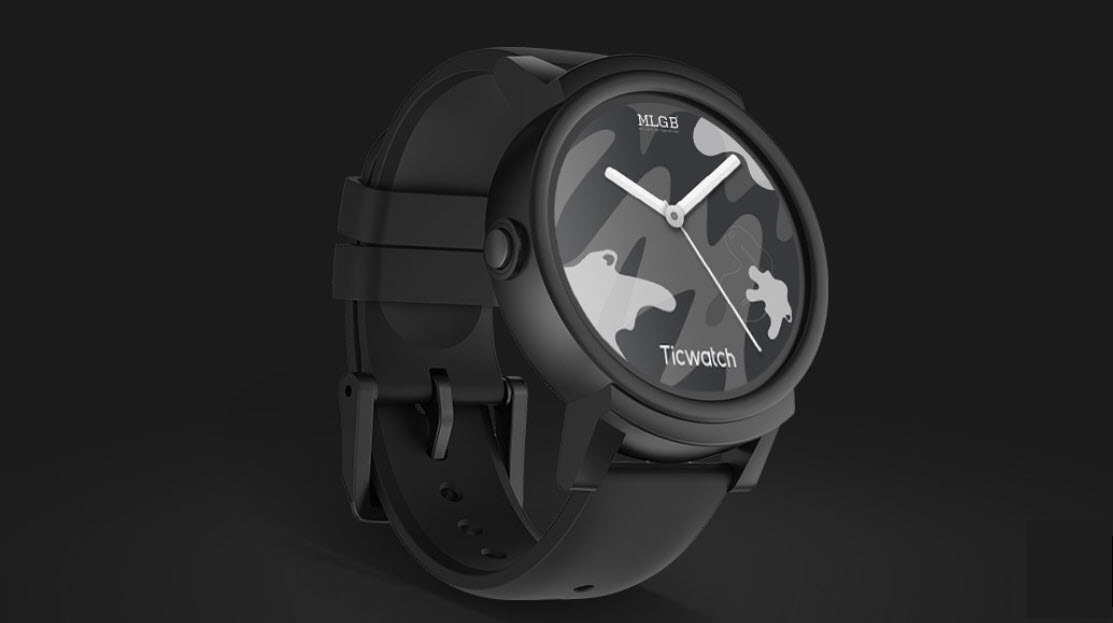 After a successful campaign for the Tic Watch 2 on Kickstarter, Mobvoi brought to the market the TicWatch S & E, the device that they said had it (features) altogether. With the S & E, Mobvoi was able to display the active interest that they took in customer feedback. The company took in all the criticism that the previous smartwatch received and implemented fixes for these in the new devices, showing the actual value of a successful crowdfunded campaign. 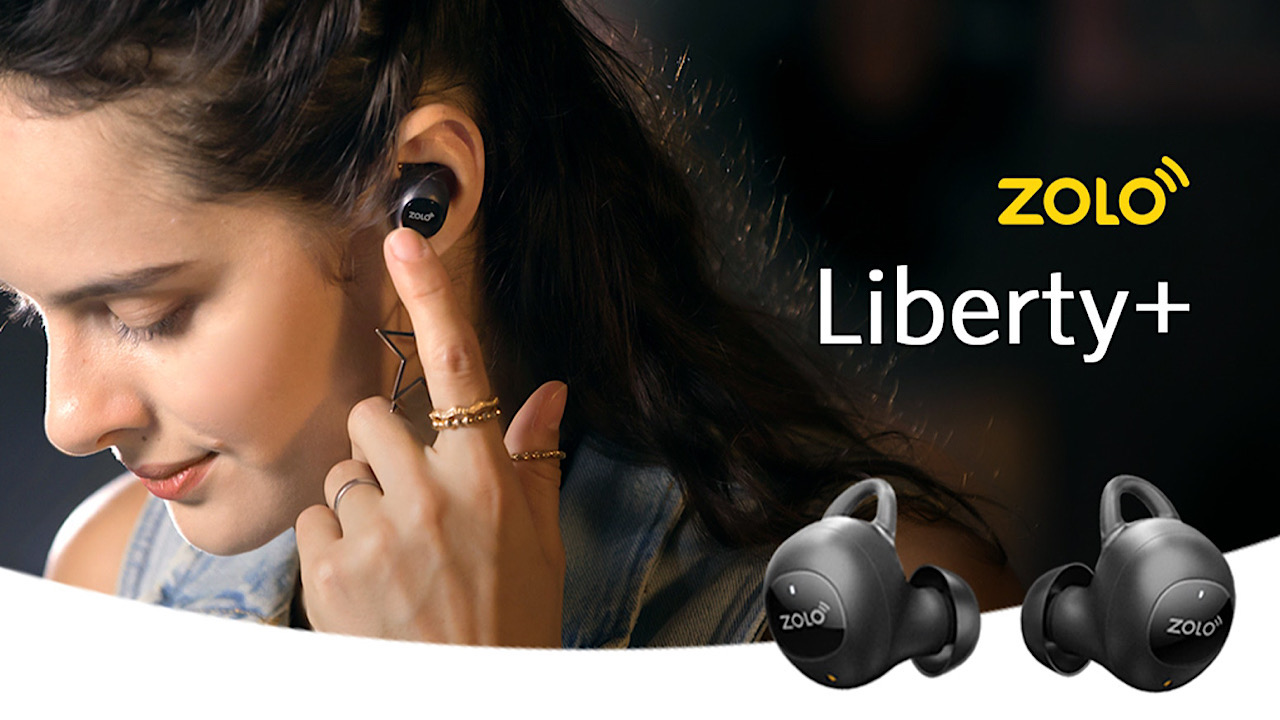 It was backed by 25,412 people and raised a total of $2,804,475 towards the campaign. Since then, Zolo as a brand undergone several changes and is now known as Soundcore.

Soundcore now has several other products under their banner you can check out their website here and the product page for the Liberty+ here.

The Liberty+ by Zolo pledged to be a no-compromise pair of earbuds. Having owned a pair myself, I can say it lives up to its claim. There was barely any inconsistency in the connection, and they fit great, which were both things that they mentioned as essential features. Although the battery life on my device has taken a hit, it is still one of the best products I’ve owned. Throughout the campaign, the company did drop two promised features; the carbon fibre textured finish for the Backer Edition and support for Amazon’s Alexa.

Also read: OEM vs ODM products – Where does apple put their money? 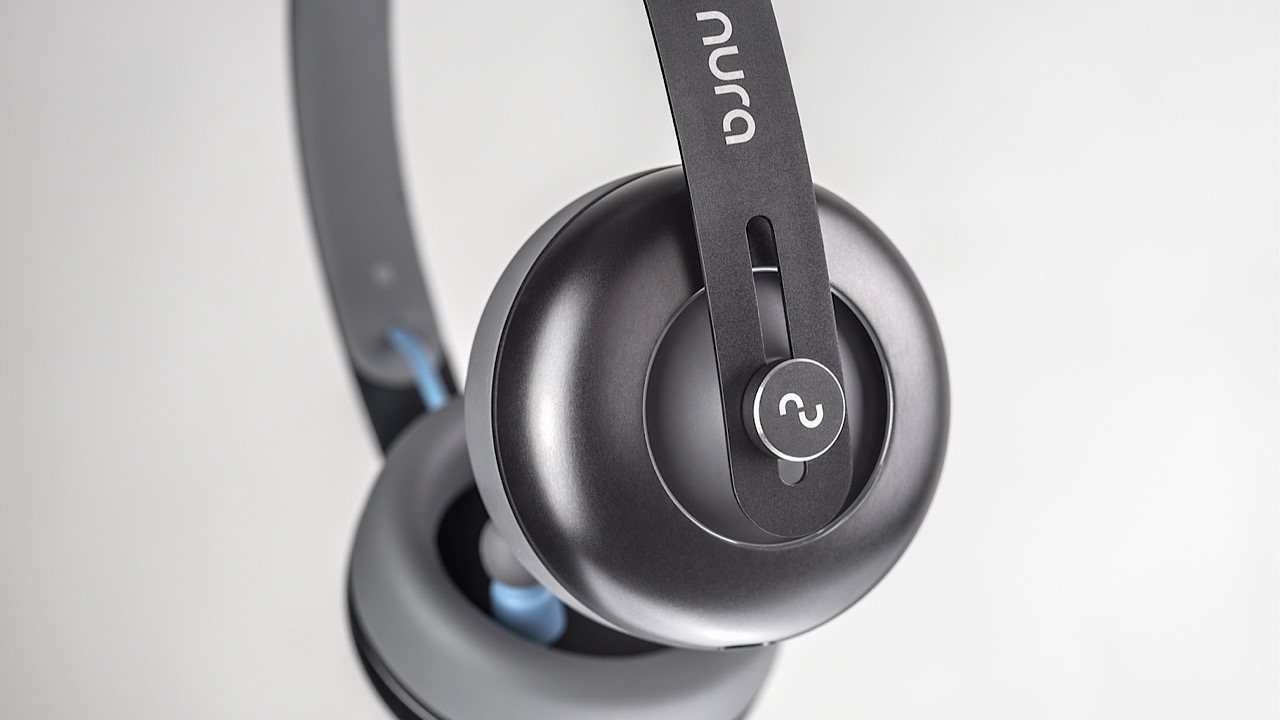 These pair of headphones utilise a unique design which is vital for its key feature — the ability to mould the audio it produces. It has two distinct sets of audio drivers, one present in the large ear cups and the other within the in-ear buds. With the help of software and the hardware on-board, the device that can read and understand soundwaves to mould the audio that is played to the listener’s ears. After the product had made its way onto the market, the company behind this pair of headphones added the ability to cancel noise (ANC) with a software update actively.

They currently have a new pair of earphones available for preorder on their website which you can check out here. 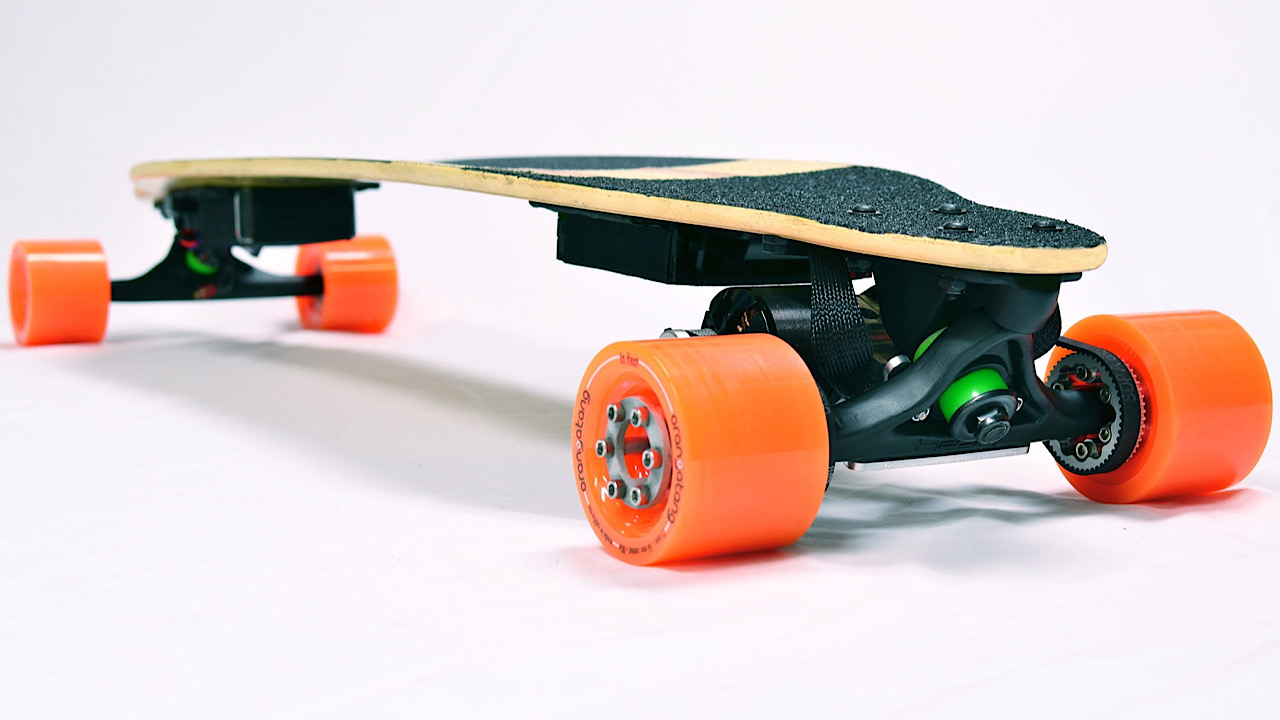 The board was hailed as the world’s lightest electric vehicle during its campaign. It had a range of seven miles when it came out, but over the years this has improved to 14 on the newer models, alongwith the ability to switch the battery packs. All versions of the board are controlled via a handheld remote; for the first version of the board, there was a battery indicator on the remote control. Still, with the later generations, this information was made visible in the application that the company developed.

The boards, since their inception, have seemed like a viable mode of transport for short trips or in areas where traffic is an issue. You can check out the website for the newer options, that are now available, and see for yourself if electric skateboards are something up your alley.

Also read: How to change the username and password on Spotify?