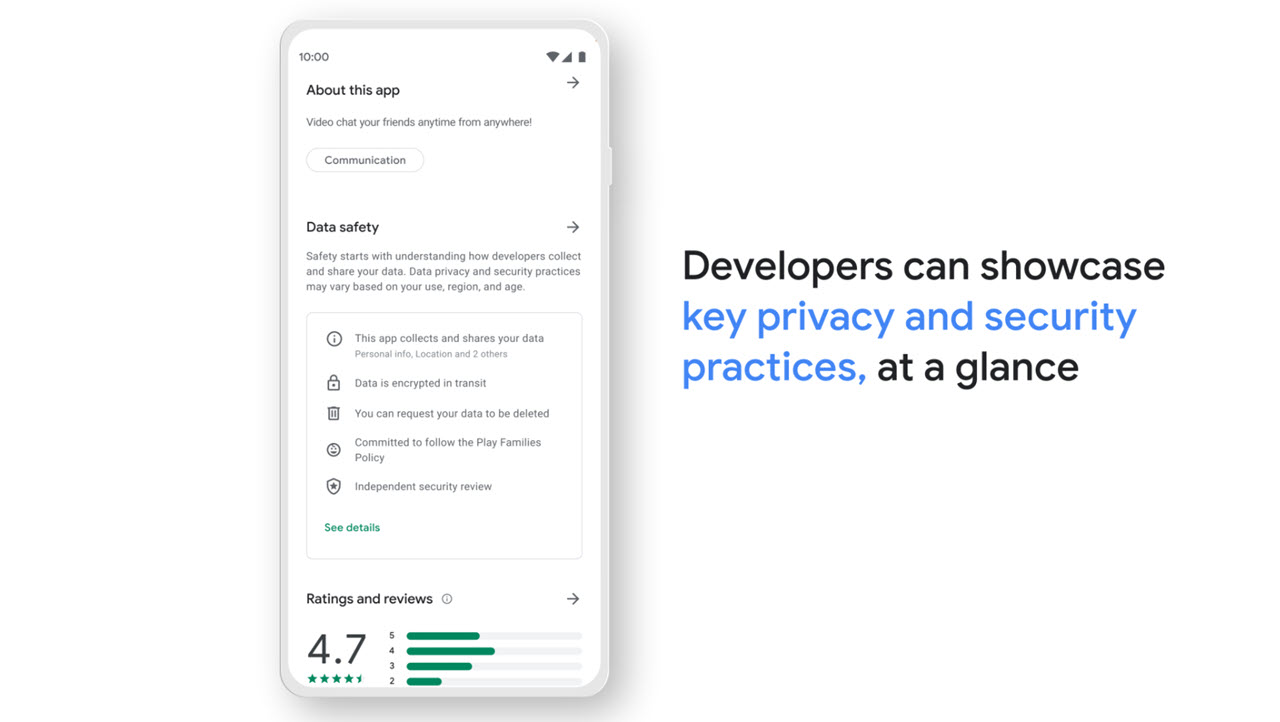 Following through with their roadmap to provide privacy-related data for Android app listings, Google has announced that they’ll be launching the data privacy section on Play Store in February 2022.

As per Google’s announcement earlier this year in May, the new policy has been introduced to the developers a few months prior to the privacy-focused feature’s release on the Play Store to enable devs to get their apps cleared.

The move comes after Apple started showcasing app permissions and data required to function in the App Store details.

App developers will be required to describe the security practices like data encryption implemented in their app if they follow Google’s Families policy if users have a choice when it comes to sharing the data that the app is requesting, and also if users will be able to request data deletion when uninstalling the app.

Developers will also have to highlight the type of data collected and stored by the app — location, contacts, media, other files and personal information — and how that data is used.

Google has published guidelines and steps that developers need to take to get prepared for the upcoming changes to the Play Store that’ll allow them to be more transparent with people concerning the data they collect and permissions their app needs to function.

“We understand that completing the form may require a meaningful amount of work, so we built the product and timeline based on developer feedback to make this process as streamlined as possible. Also, developers have asked for a way to more easily import information when they have multiple apps. Therefore, we’ve added an option for developers to import a pre-populated file,” Google announced.

In the News: US organisations under ransomware threat with demands up to $15 million