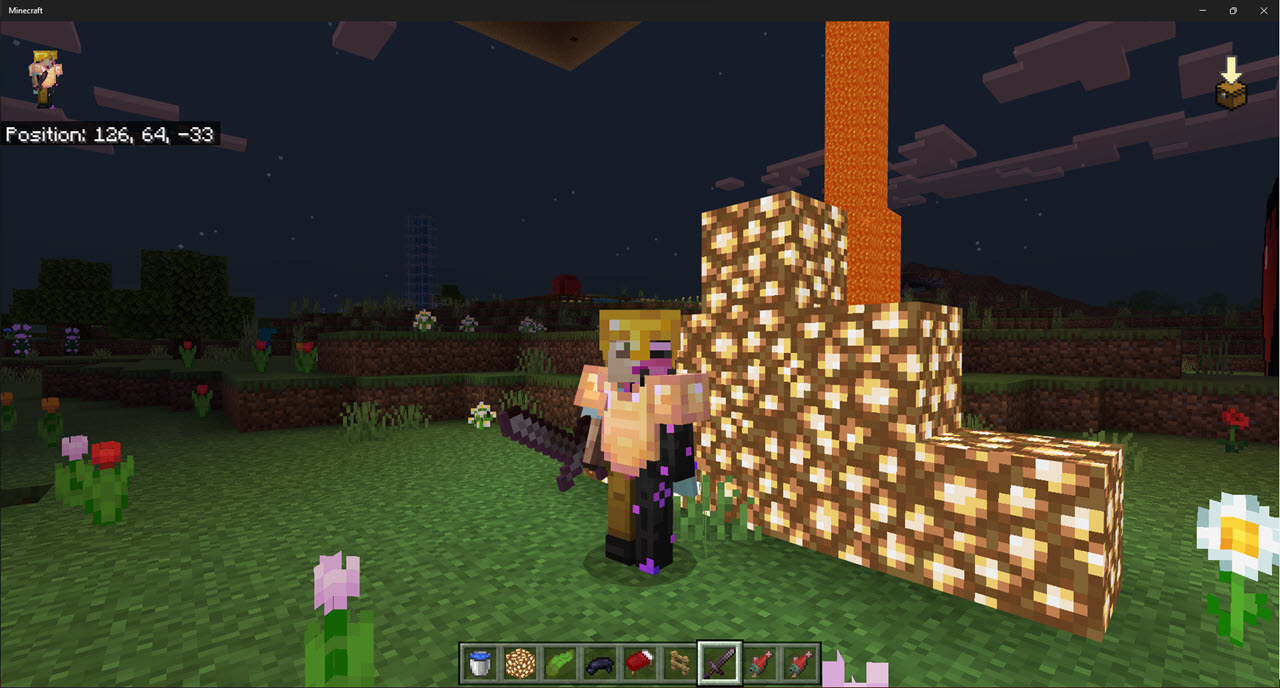 Minecraft is one of the most popular action-adventure sandbox games of all time. That game’s massive popularity, despite being over a decade old, is mostly due to the fact that there’s a massive number of elements in the game, not to mention the infinite map size.

That said, with so many elements, also come hundreds if not thousands of ‘recipes’ for crafting many different things. Anything from tools, armour, and weapons to even building blocks requires a specific recipe in Minecraft to craft.

In this article, we’re talking about Glowstones, what they are, how they work and how you can make them in Minecraft.

Also read: How many blocks are there in Minecraft?

Glowstone is a light-emitting block in Minecraft that occurs in branching structures and is usually found hanging from ceilings and overhangs in the Nether.

The stone only naturally occurs in the Nether as a crystalline blob on the underside of ceilings or overhangs. Glowstone can also generate as a part of the hoglin stable bastion remnants.

Breaking the block with a regular tool drops 2-4 glowstone dust, which in turn can be crafted into Glowstone blocks. If you use a tool with the Silk Touch enchantment, the block drops itself.

How to craft Glowstone?

Crafting Glowstone is rather simple. All you need is four Glowstone dust, and you’re good to go. Remember that since crafting the block requires a 3 x 3 crafting grid, you’ll also need a crafting table in place.

Once you have the elements required, follow these steps.

Step 1: Walk up to your crafting table and right-click to interact.

Step 2: Place the Glowstone dust in precisely the manner shown below.

Once crafted, you can move the Glowstone back to your inventory.

Also read: Is free-to-play the way to go?