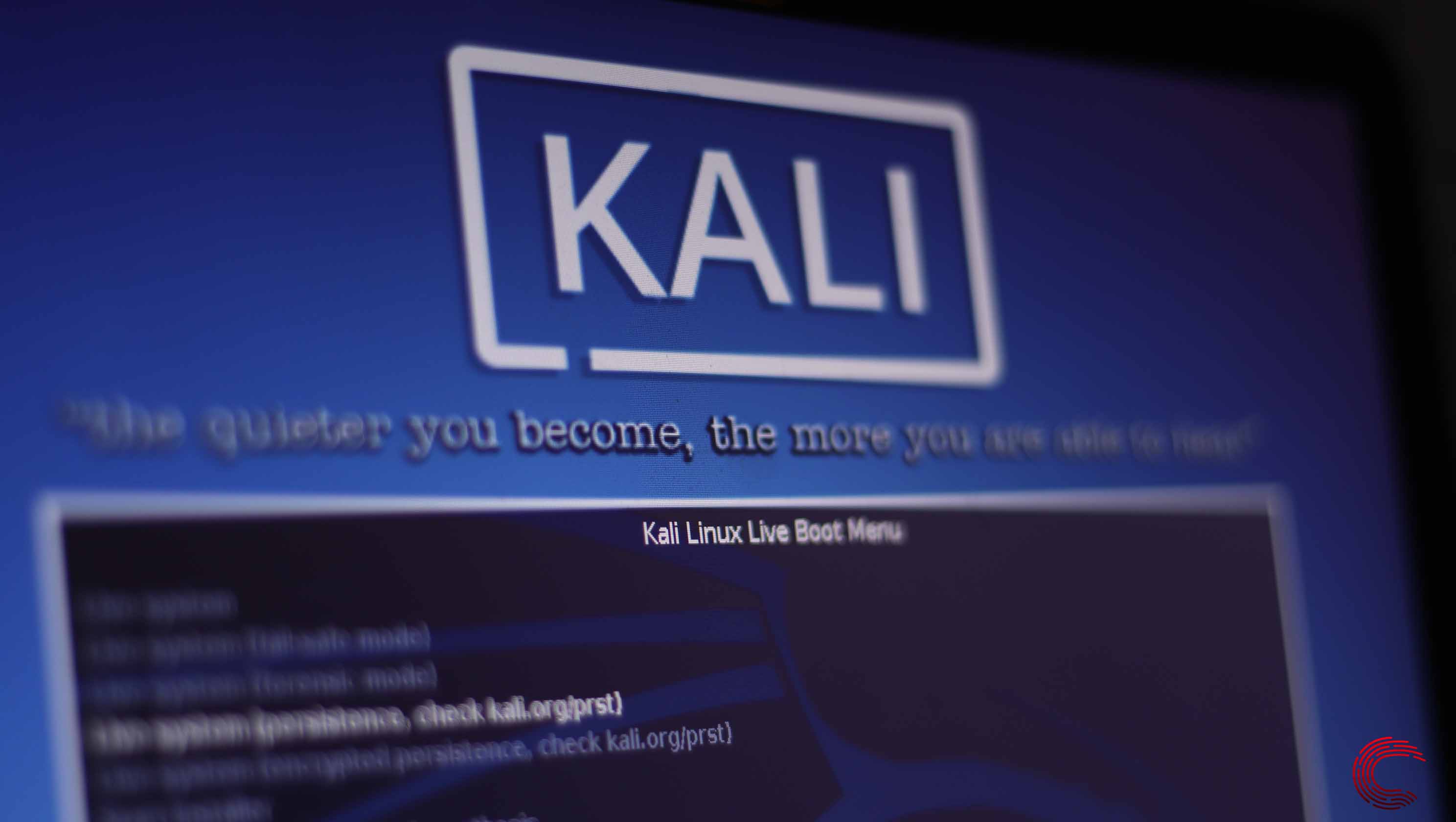 Kali Linux is by far the most popular penetration testing Linux distro out there. The OS features hundreds of tools and utilities to help carry out a variety of tasks. Most beginners in the hacking and penetration testing space use it as their go-to OS.

However, all those tools and utilities mean that there’s also an added layer of complexity to it. While most Linux distros are relatively straightforward to use, Kali is a tad bit different.

In this case, we get started with Kali Linux with a step by step guide on how to install and get it up and running on your system.

There are two ways you can run Kali on your system

Kali has been built from the ground up, keeping mobility and forensics in mind, and that’s precisely why I prefer running it from a bootable drive, and I suggest the same. However, should you decide to install it, the steps aren’t any different.

Step 1: Getting the right version

Kali has had a lot of iterations in the past and has a rich history of updates. If you’re planning to dive deep into it, I suggest going for the full version. Make sure that you choose the right architecture as well.

Make sure to pick the right version

Or in case you’re running Kali on something lighter (like the Raspberry Pi), you can also go for the light version. Keep in mind that a lot of tools will be missing here, though.

You’ll need a USB drive with a minimum of 8 GB capacity. Ideally 16 gigs. An SD/microSD card with a card reader will also work, just the interface needs to be USB (unless your system supports booting from an SD card).

Once you’ve downloaded the image file, burn it to the USB drive, and you’ll be good to go. If you’re on Windows, the simplest way is to download Win32 Disk Imager, select the image, select the USB drive and click on write. You can also use Rufus in case you want more control over the bootable drive. 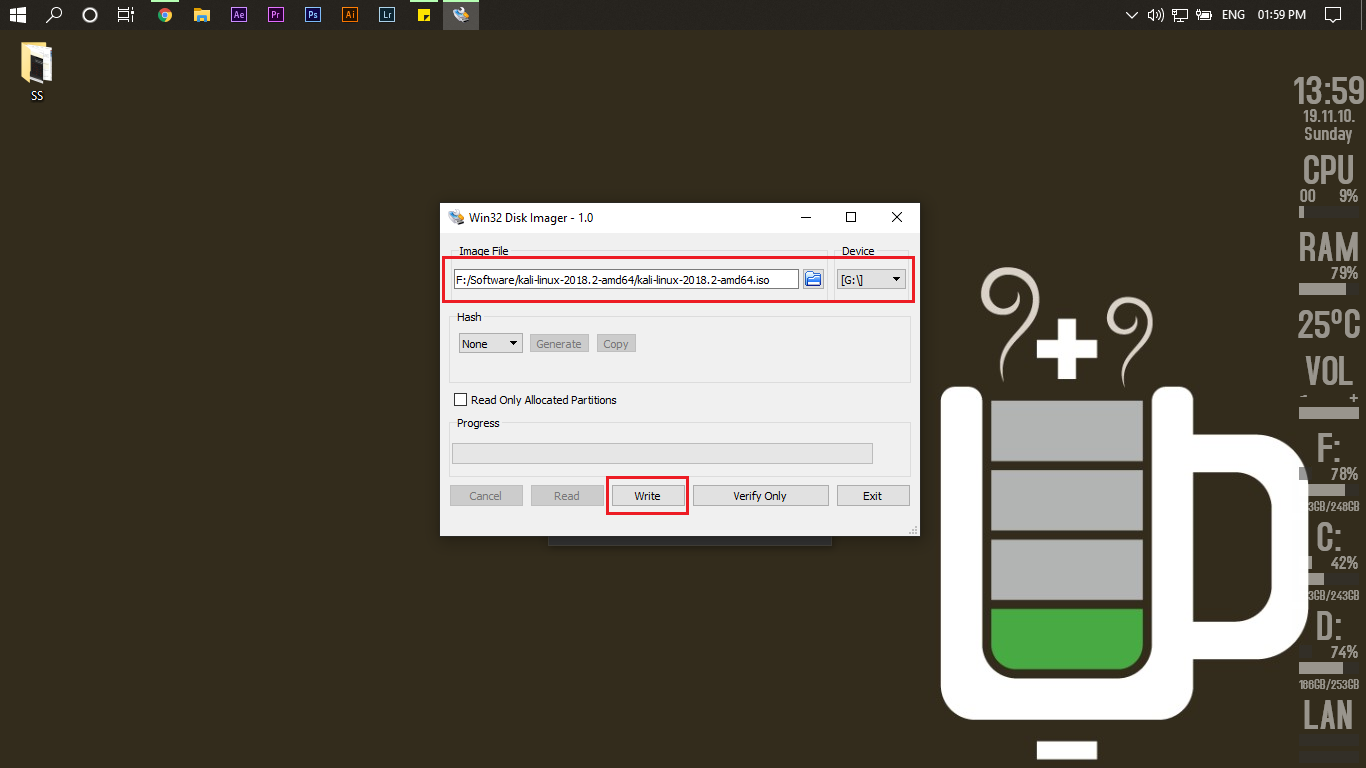 Linux users can use Etcher. It works exactly like Win32 Disk Imager on Windows.

Once you’re done with the burning part, you can plug in and boot from the USB drive. Select the USB drive during the boot process, and you’ll see the Kali boot menu where you can simply go ahead and install or just run it off the drive itself. 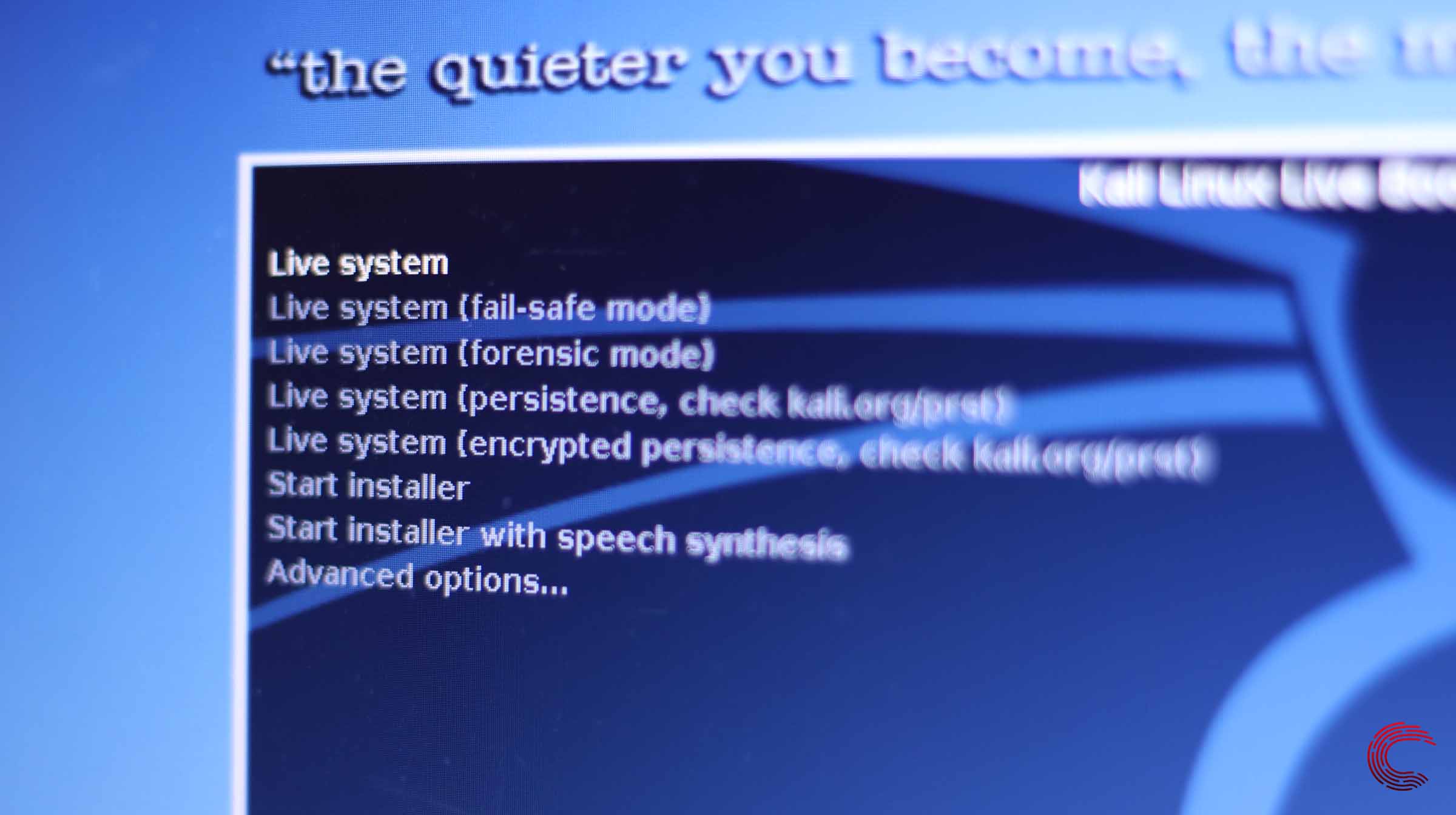 Installation is a pretty straightforward process, and apart from selecting the drive/partition you want to install Kali on you don’t need to do anything.

Also read: How to restore USB drive after making it bootable?

Now in case you’re running into any errors while booting up, this could be because of your BIOS settings. However, it’s always a good idea to go back and make sure you burned your drive correctly. 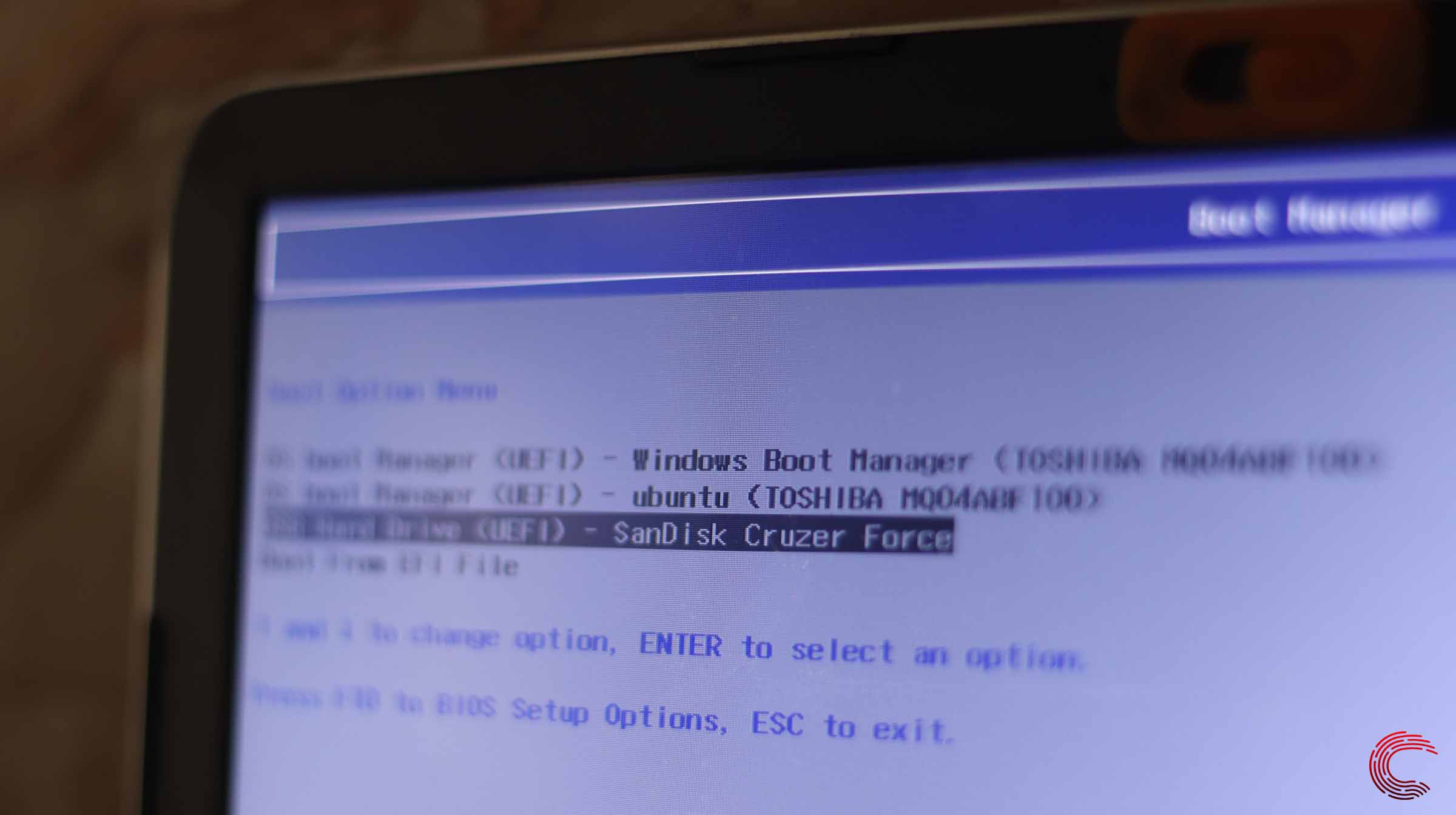 Once you’re certain of that, head into your BIOS settings and disable Secure Boot. You’ll also need to change the boot mode between UEFI and Legacy, and that should fix all the problems.

Pro tip: If you’re installing Kali alongside Windows, it is a good idea to go ahead and disable Fast Startup in Windows as it won’t let Kali use your drive apart from on the partition where it is installed.

Also read: How to check the OS version in Linux?