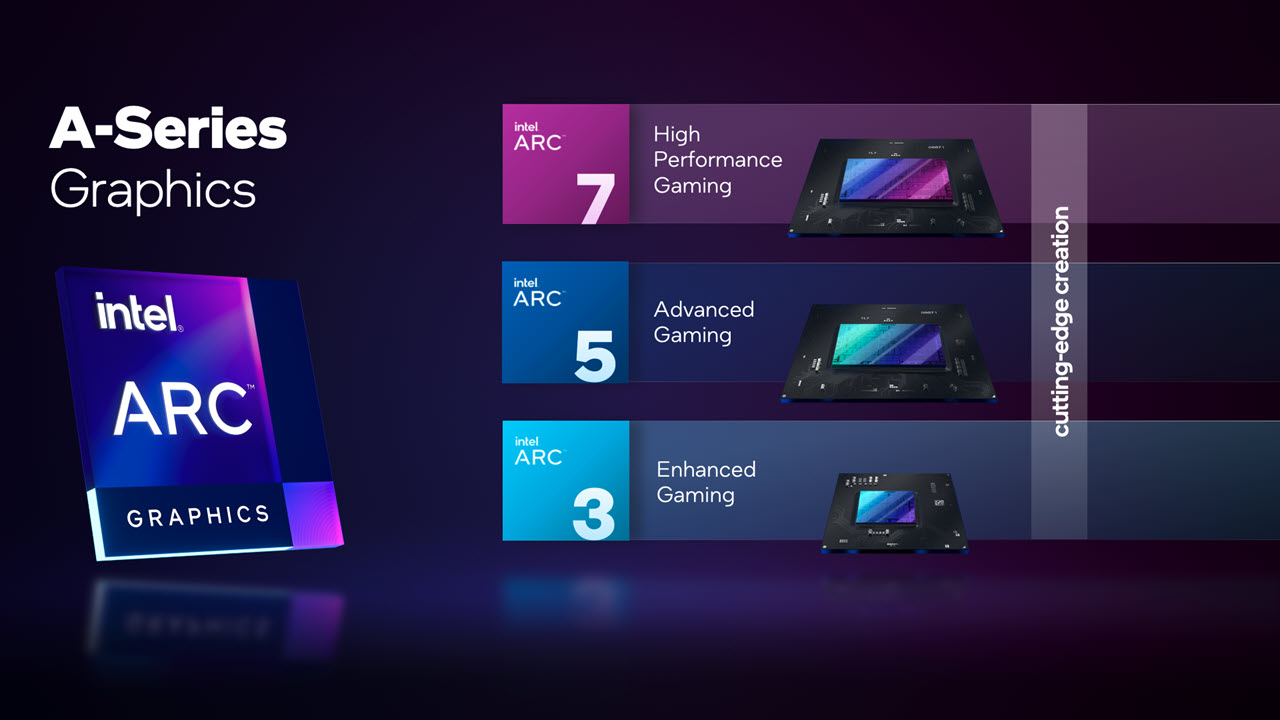 Intel has announced the specs for its dedicated GPU lineup which currently exists of four cards, the entry-level A380, mid-tier A580 and two top-tier models named A750 and A770. All four GPUs have GDDR6 memory starting from 6GB and going all the way up to 16GB on the top-tier A770.

An announcement video launched on Thursday detailing the four cards. The two top-tier models, A770 and A750 will consist of 32 and 28 Xe cores respectively, with the number of Ray Tracing cores also coming in at 32 and 28 for both cards.

Looking at the specs, Intel’s top-tier GPUs look like they’ll be going against Nvidia’s RTX 3070 and RTX 3060Ti cards, especially considering the A580, A750 and A770 all have higher memory bandwidth than the aforementioned Nvidia cards. That said, Nvidia’s latest and greatest remains untouched.

There’s no word on pricing or availability at the moment. However, as reported by PCMag, a Newegg listing showed the A380 being available for $139.99 starting August 22. Since Intel hasn’t officially announced the pricing yet, we don’t know whether this is accurate or not but this puts the A380 head to head against Nvidia and AMD’s rival budget cards.

In the News: Lazarus hacks energy companies in US, Canada and Japan by exploiting Log4j flaw