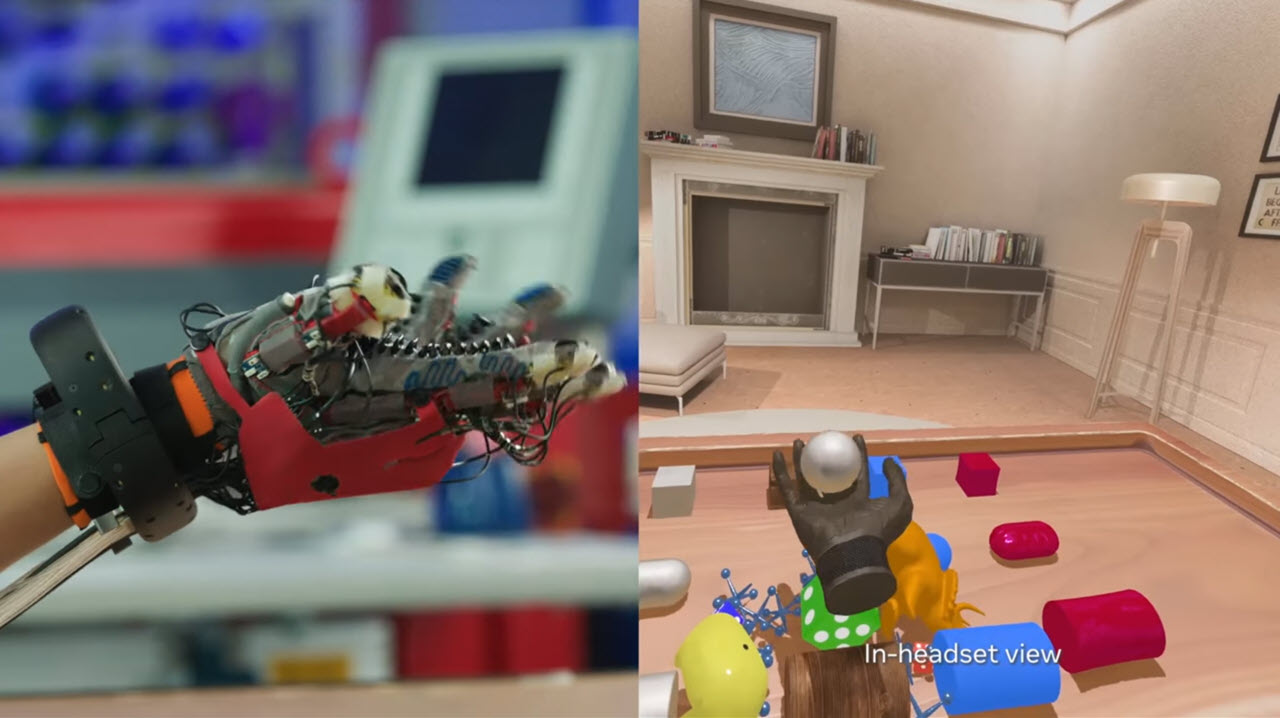 Mark Zuckerberg’s Meta unveiled the prototype haptic feedback gloves on Tuesday, which they claim is developed by the company’s Reality Labs Research teams. However, HaptX’s founder says that the core components behind the Meta gloves are identical to their patented technology, and this might land Meta in another soup if the two companies don’t reach an agreement.

Meta, previously Facebook, knows that haptic feedback is key to creating an interactive ‘metaverse’. Given the company’s track record, it seems like they didn’t shy away from copying HaptX’s tech and calling it their own.

The microfluidic haptic feedback gloves are designed to help people feel texture, pressure and vibration when interacting with 3D objects in the VR or AR ecosystem.

According to Jake Rubin, Founder and CEO of HaptX, the core components of the prototype microfluidic haptic glove, including the “silicone-based microfluidic tactile feedback laminate and pneumatic control architecture”, are identical to HaptX’s patented tech.

“We welcome interest and competition in the field of microfluidic haptics; however, competition must be fair for the industry to thrive,” said Jake Rubin.

HaptX isn’t going to sue Meta just yet and is waiting to reach an agreement with them that addresses their concerns and lets Meta use the patented tech in future consumer products.

“The team is developing haptic gloves: comfortable and customizable gloves that can reproduce a range of sensations in virtual worlds, including texture, pressure and vibration. While we’re still in the early stages of this research, the goal is to one day pair the gloves with your VR headset for an immersive experience like playing in a concert or poker game in the metaverse, and eventually, they’d work with your AR glasses,” Meta announced on Tuesday.

In the News: Belarus government is involved in UNC1151 Ghostwriter attack: Research