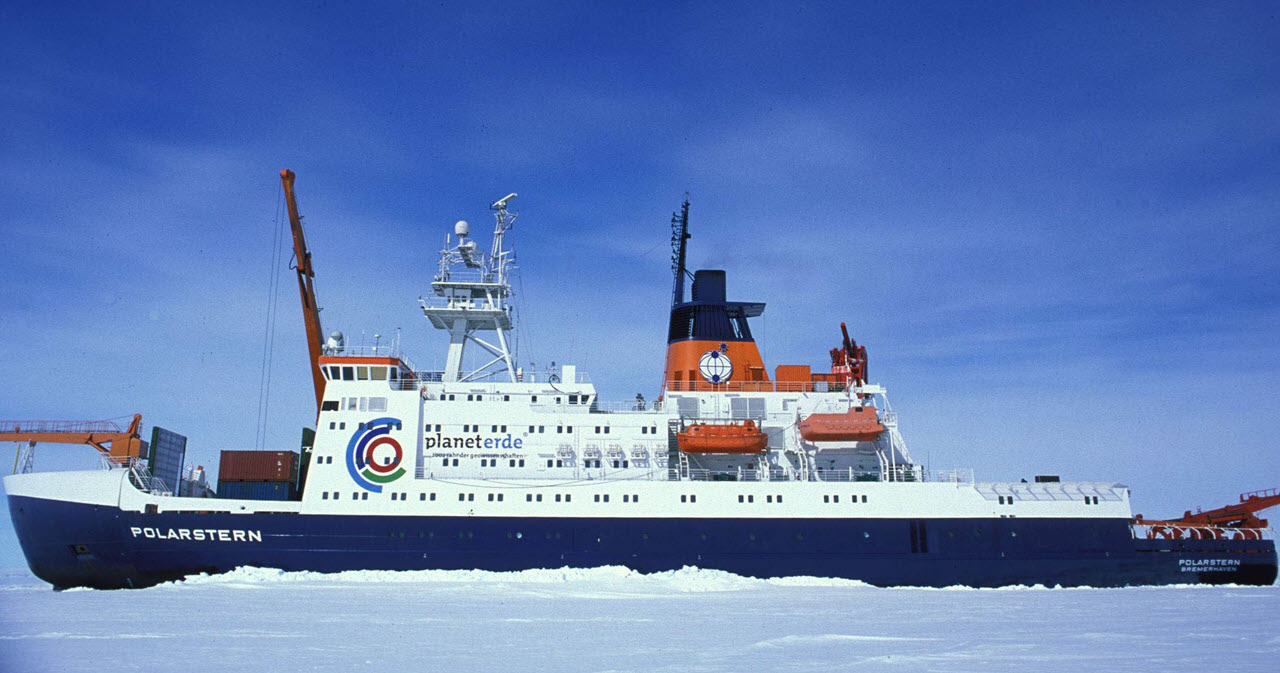 In September 2019, one of a kind expedition will take place in the Arctic. A total of 600 members,  from all over the globe, will spend the entire next year (until September 2020) in the northern wilderness, drifting on the freezing ocean. The expedition will start from Tromsø, Norway and will use the services of Polarstern, a research icebreaker.

With a total budget exceeding €120 million, the project is designed by some of the leading polar research institutions such as  Alfred Wegener Institute, Helmholtz Centre for Polar and Marine Research (AWI), Arctic and Antarctic Research Institute (AARI) and the University of Colorado’s Cooperative Institute for Research in Environmental Sciences (CIRES), under the umbrella of International Arctic science committee.

The mission will see the participation of 17 nations, including China, US, Great Britain, Scandinavian countries along with Japan, Russia, Spain and Switzerland, among others.

What is the mission?

The year-long MOSAiC expedition will study the impact of climate change on the Arctic Region and the subsequent impact on the conditions worldwide. Arctic Region lies in the northernmost part of the globe and remains frozen throughout the year.

The extreme weather conditions and harsh terrain does not allow prolonged research activities in that region. This expedition will seek to understand the causes and consequences of evolving and diminishing ice cover on the Arctic.

Sea ice will be an essential focus of the mission. It serves various purposes such as an important interface for energy flow as well as moisture, particles and other gases to act upon. Sea ice also serves as a medium on which biological activities take place. Various physical and chemical processes occur on the ice, and thus the ice serves as an integrator to multiple variations resulting from the processes.

The project will involve an interdisciplinary approach and will also study various other climatic processes occurring in the atmosphere, ocean, sea ice, biogeochemistry as well as the ecosystem. In short, the mission will try to develop a process-level understanding of the region and integrate it with broader changes.

Why was the Arctic chosen?

The Arctic serves as the world repository of the ice and thus plays a significant part in maintaining the world climate. The Arctic is also one of the most volatile regions of the planet in terms of climate change. The volatility of the region can be gauged from the fact that between 1970 to 2017, the warming rates have exceeded twice the global average.

Also, the climatic conditions in the central Arctic prohibit the year-round observation of the region, which leads to data deficiency. MOSAiC mission tends to bridge this data deficiency. The year-round expedition will measure the rate of climate change, which will further the understanding of the various processes that work in the region.

Experimental design of the expedition

The expedition draws inspiration from the famous Farm Expedition of Fridtjof Nansen in the year 1893-1896. The Farm Expedition depicted the possibility of a research vessel drifting naturally by the help of sea ice. The MOSAiC project relies on the same procedure, though with various research facilities aboard.

Various observational sites will be set up within a distance of up to 50km from RV Polarstern. The research facilities onboard the RV will study the critical aspects of the Arctic climate system. A central observatory will be set up which will comprise of various sensors, autonomous as well as remotely operated. The setup will represent a typical grid model used by modern climate models where the data provided by the sensors will be used to develop a framework on a sub-grid scale.

This project will also use the services of German research aircrafts Polar 5 and Polar 6 as well as HALO aircraft to supplement the measurements. Four icebreakers from Russia, China, and Sweden along with long-distance helicopters, will be used for providing fuel as well as exchange personnel.

The data garnered by the expedition will be not only useful for the climate change study but also safer maritime operations, fisheries, traffic along northern routes, along with informed policy and decision making and increasing coastal community resilience.