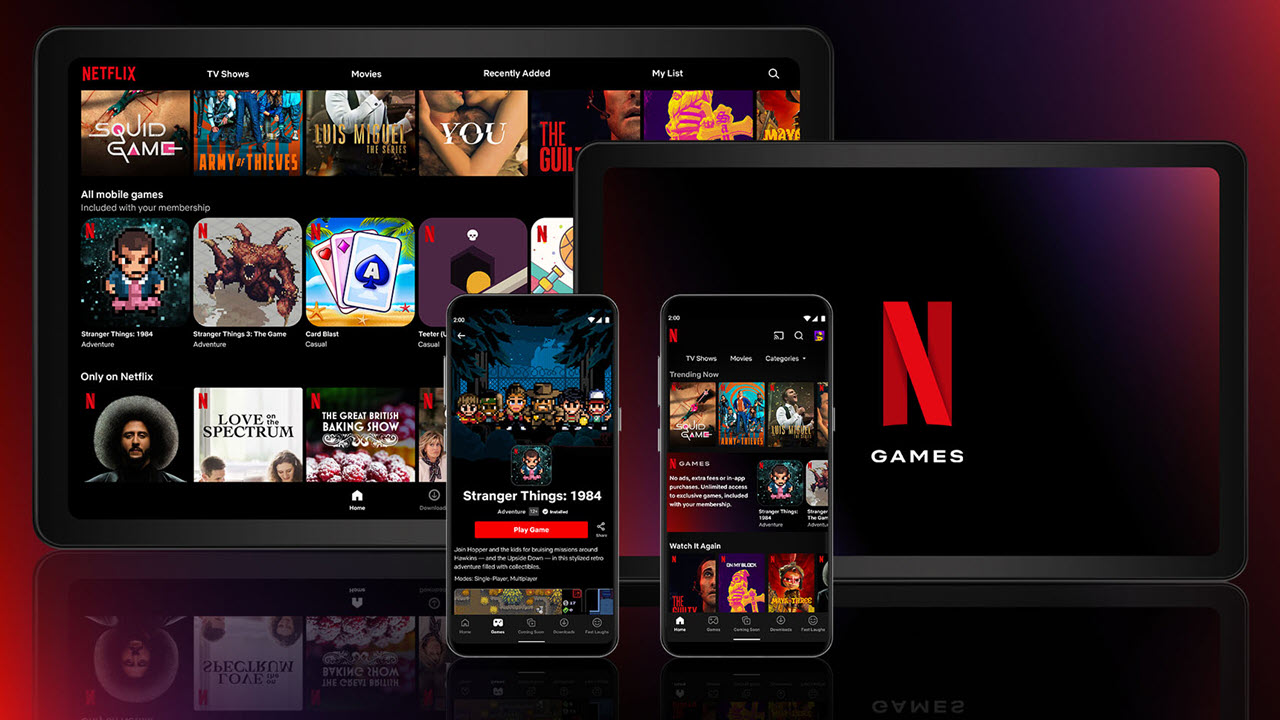 Netflix has been working on bringing games to the platform and, following the acquisition of gaming studios, has rolled out five new games for their subscribers worldwide. The games are currently available on Android devices and are expected to ship to iOS soon.

Netflix has launched its gaming library with Stranger Things:1984, Stranger Things 3: The Game, Shooting Hoops, Card Blast and Teeter Up. These are available to all subscribers worldwide at no extra cost — ad-free and no in-app purchases.

The games can currently only be accessed on Android smartphones or tablets in a new games tab inside the Netflix app. Subscribers can download and play any game they want.

Netflix Games are currently not available on Kids profiles. The same PIN that can be set up for a profile can also prevent kids from accessing any downloaded games on the device.

Some of the Netflix Games will also be available to play offline.

“We love games, whether it’s physical games (Floor Is Lava), mind games (The Circle) or Squid Game. And we love entertaining our members. That’s why we’re excited to take our first step in launching Netflix games on mobile to the world,” Netflix announced on Tuesday.

Earlier this year, Netflix had announced their plans to venture into mobile gaming in the second-quarter earnings report. The company acquired Night School Studio last month, the creators of the popular title Oxenfree.

In the same shareholder report, Netflix also said that they’re competing for screen time not only with Youtube and social networks like TikTok but also with game publishers Epic Games, creators of Fortnite. With the rollout of Netflix games to their global subscriber base on Android, the company seems to have begun their journey to challenge gaming studios.

In the News: Newly discovered bug threatens all computer code out there