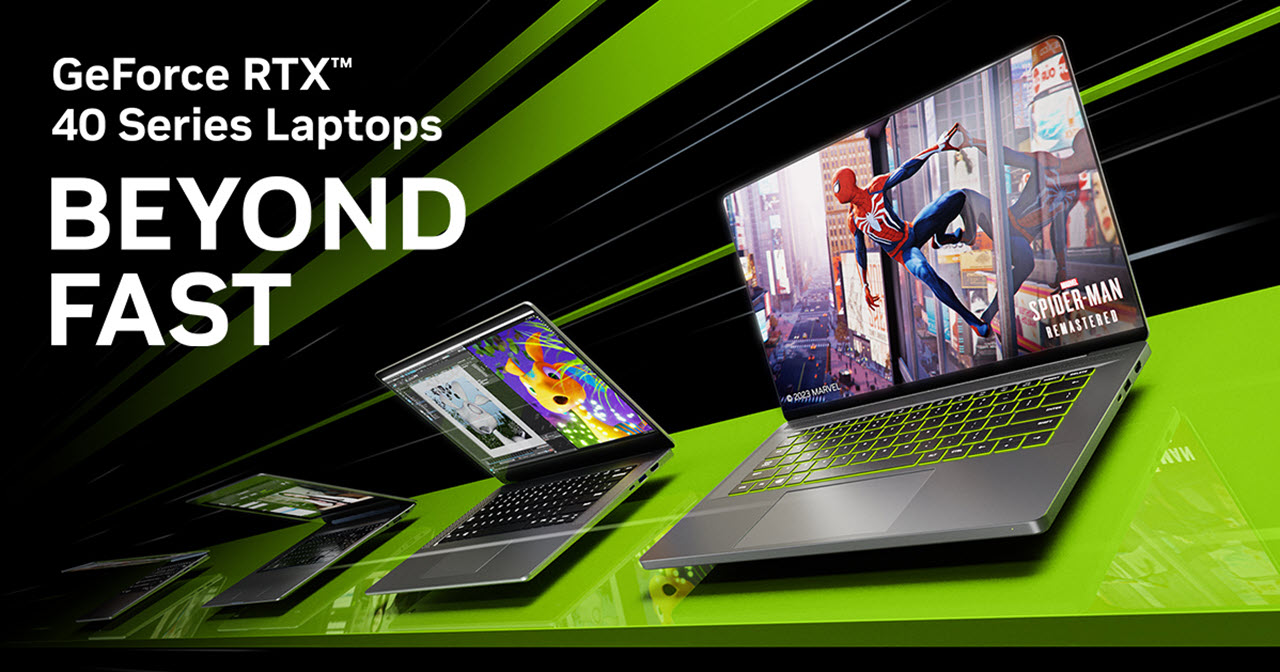 Nvidia has announced that gaming laptops with its 40-series GPUs starting from the RTX 4050 and going all the way up to the RTX 4090 will be hitting the market starting in February.

Laptops from Alienware (including the new X16), Acer, Dell, MSI, Gigabyte, Samsung, Lenovo and Razor will be the first to feature the next-gen GPUs. These machines will also come in different form-factors, including thin and light as well as 14-inch devices.

This means that early adopters won’t be breaking their backs with big and heavy laptops if they want the performance that the 40-series has to offer.

While these won’t match up to the performance promised by their desktop counterparts, these GPUs are the company’s most powerful mobile offerings so far with support for DLSS 3 and improved ray tracing capabilities.

The generation also makes a huge jump in terms of power efficiency. Nvidia claims that its RTX 4070, 4060 and 4050 Laptop GPUs offer up to RTX 3080 levels of performance with one-third of the power consumption thanks to the use of memory-efficient GDDR6 memory.

This means that the aforementioned laptops should have better battery life and GPU performance, at least theoretically. The RTX 4090 and 4080 GPUs also claim to be up to three times more efficient than the previous generation.

The specs for these mobile GPUs are as follows:

In the News: API vulnerabilities in over 20 car manufacturers leaked owners info