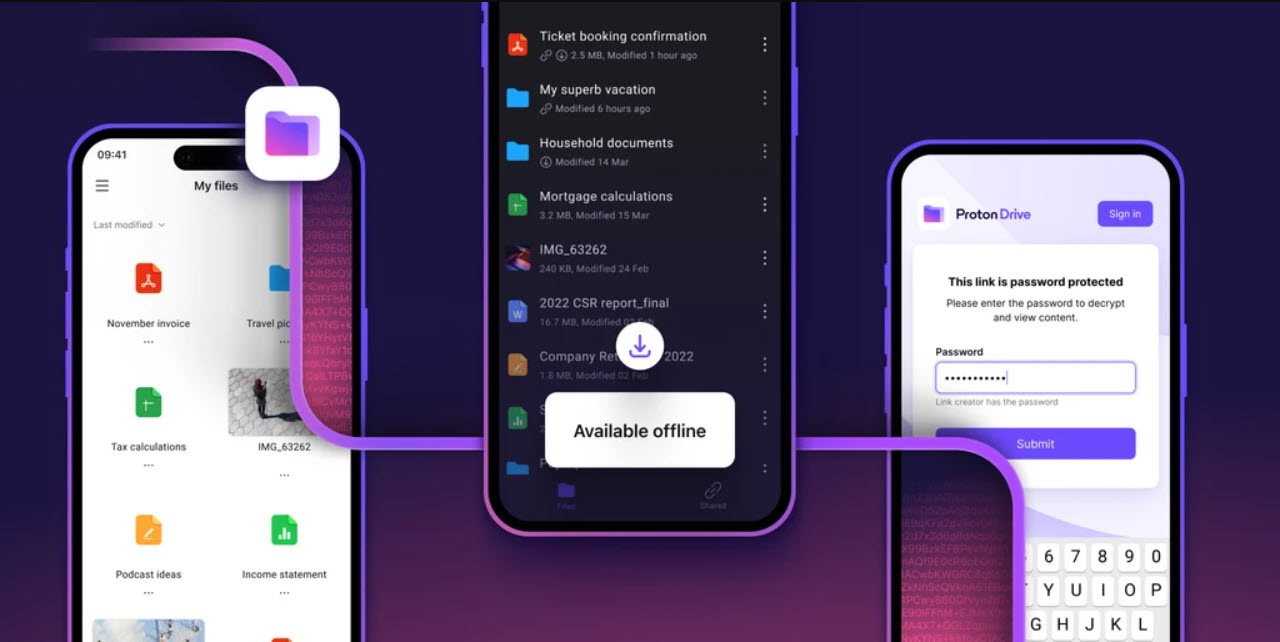 Proton’s Drive is finally getting dedicated Android and iOS apps, nearly two months after the service was announced and launched for the web. Storage tiers are still the same as with any Proton service — users get one GB of storage for free, 200 GB for $3.99/month and 500 GB for $9.99/month.

The thing that makes Proton’s drive different from other offerings like Google or Mega is the fact that Proton is based in Switzerland. The company claims that since Proton Drive falls outside US and EU jurisdiction, it’s not subject to agreements like Five Eyes or Fourteen Eyes keeping users’ data inaccessible to law enforcement agencies for the most part.

Additionally, Switzerland doesn’t have any data processing regulations. However, since Swiss law only applies to Swiss citizens, foreign accounts that’ll make up the bulk of people using Proton will be protected by the revised Swiss Data Protection Act.

The company markets its commitment to privacy and security as well as the end-to-end encryption implemented in just about all of its services rather heavily. Since this applies to Proton Drive as well, only the user and the people they’re sharing their files with can access them.

Folders can be sent to anyone via sharing links, including non-Proton users with additional features such as passwords and expiry dates baked in, except only available to paid users. Any metadata associated with the files, including names, creation dates and even thumbnails are also encrypted. Finally, there’s cryptographic uploader verification built into the drive to track which account uploaded a specific file, or if a file was replaced by a malicious actor.

The launch of the Proton Drive has been a resounding success for the company so far as they surpass one million files uploaded per day at the start of November, just two months after its launch on September 22.

In the News: Telegram partners with Fragment to remove SIM requirement for new signups