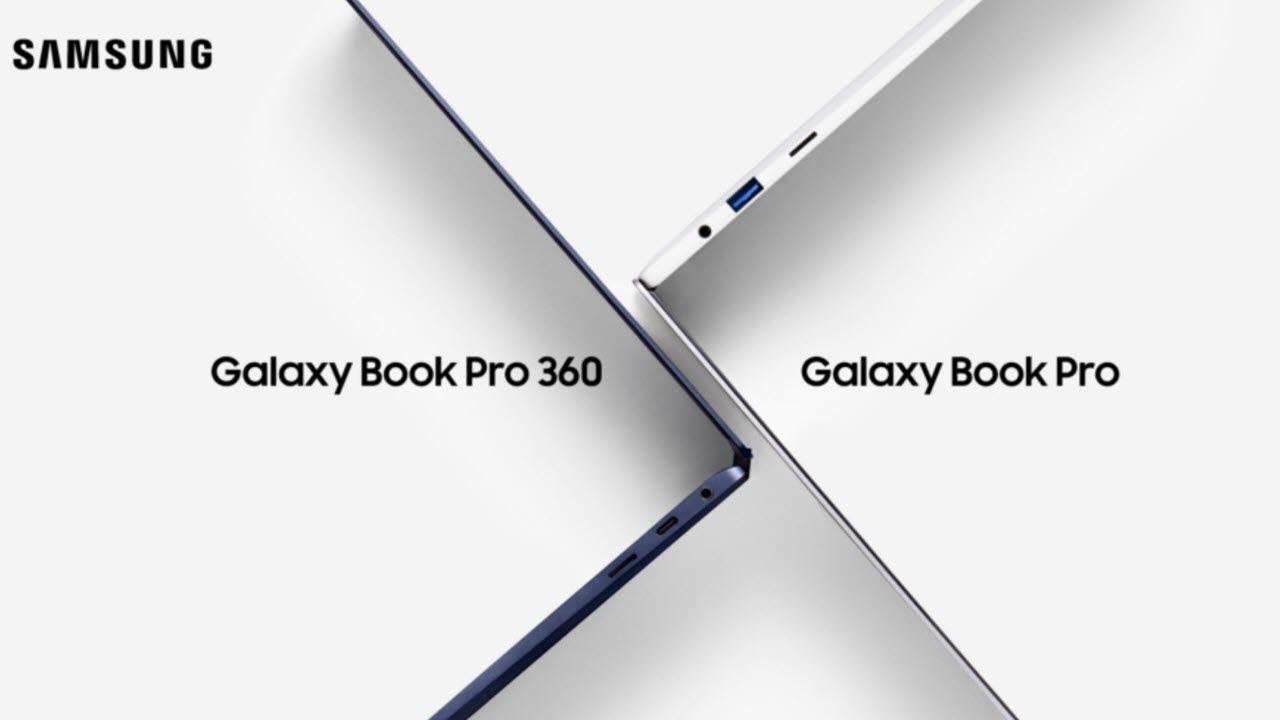 In its online event on Wednesday, Samsung launched two laptops, Galaxy Book Pro and Galaxy Book Pro 360, which are available for pre-order starting at US$999 and US$1,199, respectively. They’ll start shipping on May 14.

The company has partnered with Intel and Microsoft to put out these thin and light devices powered by 11th-gen Intel processors and provide deep Windows integration into the Galaxy Ecosystem.

For the Galaxy Book Pro 360, on the i7 and i5 models, you get Intel Iris X graphics while the i3 model receives the inferior Intel UHD Graphics GPU.

While you won’t be able to pull off any graphics-intensive tasks with the Iris GPU, note that both variants have a Thunderbolt 4 port which should help you hook up an external GPU and push those 11 gen CPUs to the limit.

The Galaxy Book Pro offers identical specs when it comes to the processor and GPU. However, there’s an option for an Nvidia GeForce MX450 on the 15-inch model.

Once again, these variants are also equipped with a Thunderbolt 4 port, which means external GPUs can help cover up and GPU-based workloads.

Both models have similarly decked out storage and memory options with only slight differences.

The 13-inch variant has two choices regarding RAM, namely 8 and 16GB of LPDDR4x memory. On the 15-inch model, you get an additional 32GB option as well.

In terms of storage, you get up to 1TB of NVMe SSD storage which should be fast enough to keep up with the rest of the system.

Memory options are identical between the two variants here, with users having the choice between 8,16 and 32GB of LPDDR4x RAM. Once again, both the 13 and 15-inch variants come up to 1TB of NVMe SSDs.

Samsung has decked these machines out with connectivity options, including everything from Wi-FI 6 to 5G capabilities.

The 13-inch variant comes with onboard 5G capabilities and 6E ready Wi-Fi to help users make the most out of modern 6GHz Wi-Fi connections. There’s Bluetooth 5.1 support, too, as you’d expect.

The 15-inch variant is decked out identically, except it misses out on the 5G capabilities.

Both models and all four variants are equipped with an AMOLED screen with an FHD (1920×1080) resolution. While that may not seem like a lot on paper, considering the AMOLED displays, it should be sharp enough.

The displays are Eye Care certified by SGS and produce less blue light emissions than standard LCDs. You get DCI-P3 or AMOLED Native colour profiles as well.

The sound system is also identical on both models and all four variants. You get AKG speakers with Dolby Atmos support.

Both the laptops are pretty well equipped with a bunch of ports.

You similar ports on both variants: Thunderbolt 4, two USB Type-C, 3.5mm combined headphone, and a mic. The variant with mobile connectivity gets a nano sim slot. The Galaxy Book Pro 360 offers a MicroSD card slot on both its variants as well.

Once again, you get one Thunderbolt 4, two USB Type-C, a MicroSD slot, a 3.5mm combined headphone/mic and the variant with mobile connectivity get a nano sim slot.

The difference here is that the Galaxy Book Pro throws in an extra USB 3.2 port on both the 13 and the 15-inch variant.

The new Pro Keyboard is also offered on all four variants. They also share their ports, which are one Thunderbolt 4, one USB Type-C, one regular USB 3.2, a 3.5mm combined headphone/mic and the variants with mobile connectivity get a nano sim slot.

Both models feature a fingerprint sensor on the power button for Windows Hello support and have the same 720P camera with dual array mics built-in.

And of course, being a convertible, the Galaxy Book Pro 360 supports the S Pen, which comes with the laptop.

Samsung also announced a budget variant called the Galaxy Book at the end of the event, which will come in 15.6-inches with an 11th gen i3 at $859 in Canada.