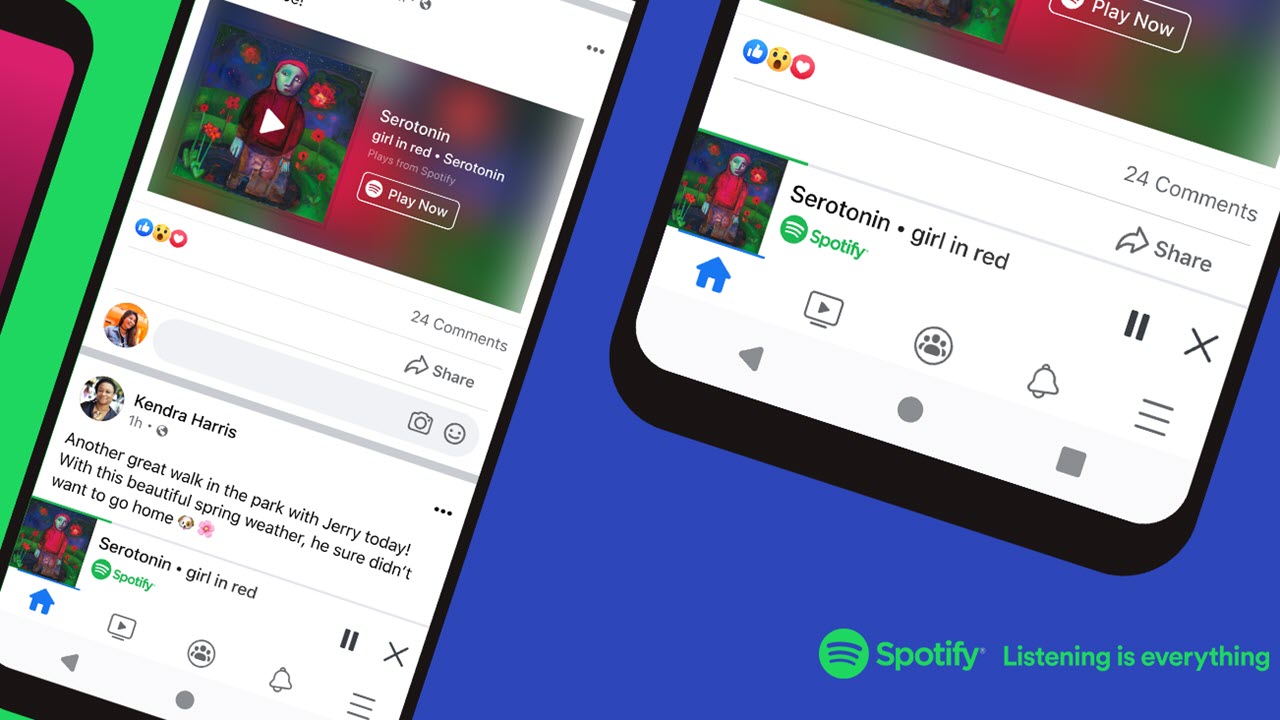 Spotify Premium users can access a new mini-player integrated into the Facebook app for Android and iOS, which will allow them to play songs and podcasts directly within Facebook.

Spotify users on the free plan can access songs via shuffle mode alongwith ads. The feature is rolling out in 27 countries and is expected to be expanded to more countries in the coming months.

Users will be able to play songs through the mini-player on select verified artists’ posts and even licensed music in user-uploaded videos on Facebook.

The product results from Spotify and Facebook’s collaboration through Project Boombox, which was revealed last week through Casey Newton’s interview with Mark Zuckerberg.

“Discovery is important to Spotify. That’s why we’re improving how users share and engage with songs and podcast episodes by introducing a new mini player experience driven by social discovery — discovery that allows listeners to enjoy audio from Spotify directly within Facebook, without switching between apps,” Spotify announced.

Facebook is also working on a couple of new audio tools, including a Clubhouse rival called live audio rooms, an audio creation tool, podcasts and Soundbites, a short form audio clip tool. These are expected to ship in the coming months.

Earlier this month, Spotify announced their first gadget, a streaming device called Car Thing, and it’s available for free. It is currently in limited release in USA and is available for free, but the buyer will need to pay a $6.99 shipping charge for the continental US and $14.99 for Alaska and Hawaii.

In the News: Google announces $18M COVID fund for India, including $15M in Ad Grants