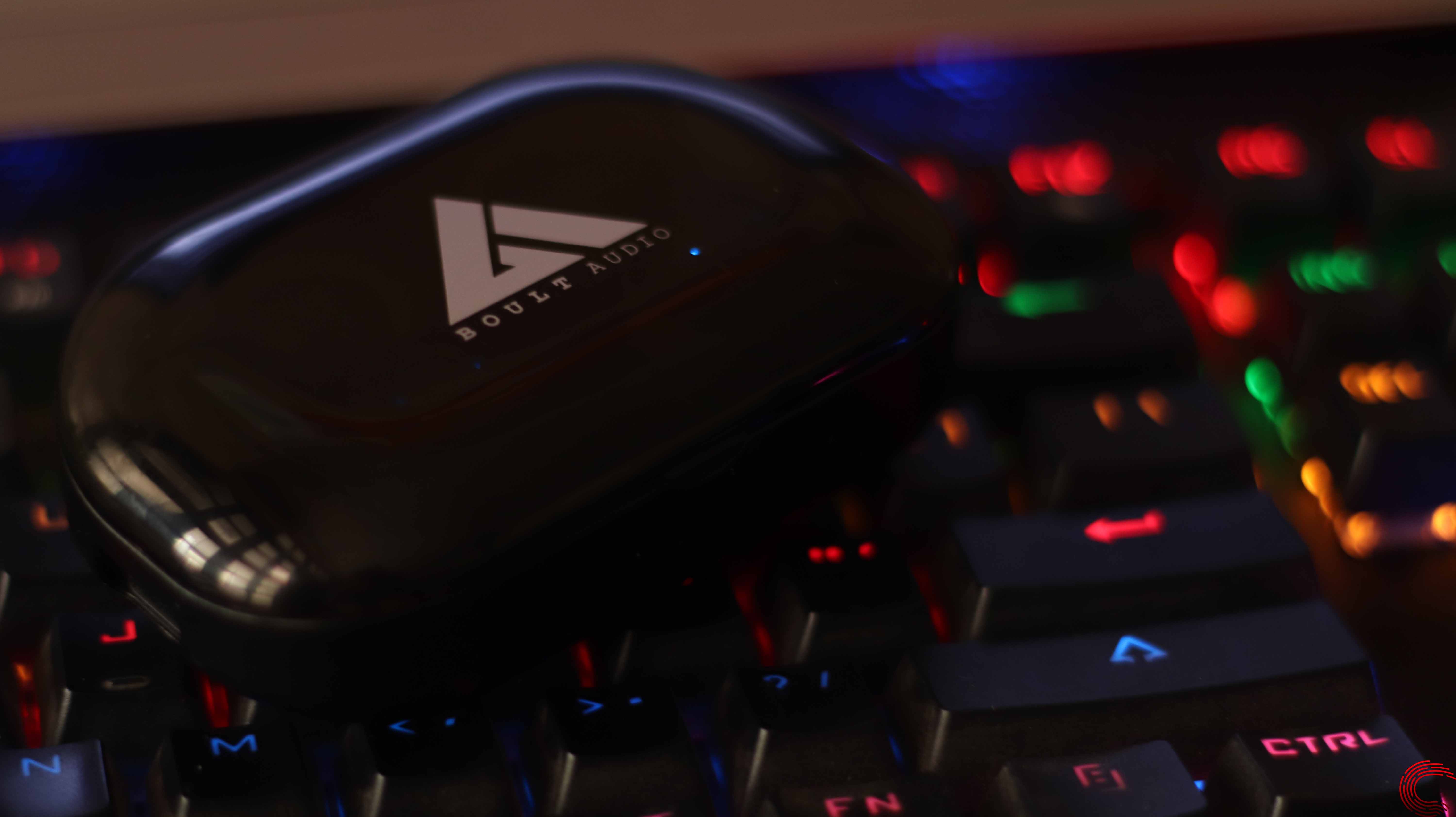 Ever since the release of Apple AirPods, they’re widely known to be the best truly wireless earphones out there. With a staggering price tag of INR 12k however, they’re out of reach of a lot of people.

As with any new technology, many cheap TWS earphones have also found their way in the market. These earphones are usually around 2-5k and end up being horrible.

Standing out of these offerings is one by Boult. The Bould Audio Tru5ive is one hell of an experience. They come in at around INR 3k and are worth every penny you pay for them.

First up, if you’re not familiar with the name of the company, that’s fine. It’s an American company that makes several other Bluetooth earphones.

Take one look at these and you’ll be surprised. The earphones look fairly sturdy. As a matter of fact, they are quite sturdy. The earphones themselves have a matt black finish to them and are made out of plastic.

Inside the box you get the earphones, charging case, a carrying pouch, extra ear tips/earloops, and a charging cable. 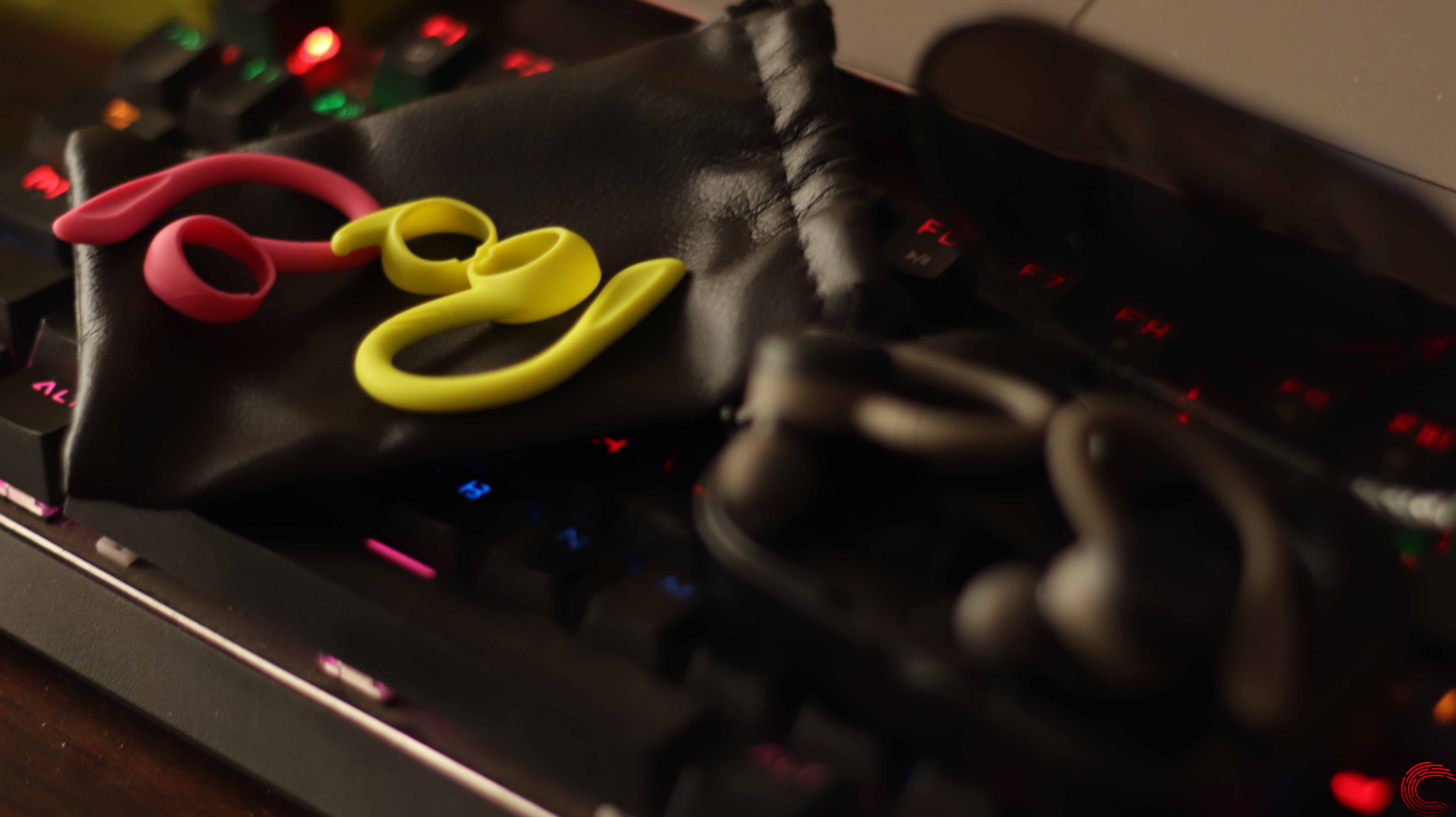 The charging case does seem a bit flimsy but has yet held on for us. There are no magnets on this one though. The lid closes off with a latch and sometimes it’s really difficult to open it up.

One most notable thing about these, one that made me buy them, was the fact that these are perhaps the only TWS earphones out there with earloops.

The earphones come with both additional earloops and earhooks that too in three different colours to match the environment you’ll be wearing them in.

Overall, the earphones are extremely comfy. The added earhooks/earloops ensure that these don’t fall off by accident and add to the overall look.

Soundwise, these earphones are way better than I expected.

There’s not a lot of bass, which is completely understandable given the constraints, but still, the earphones do make you feel it. The mids and lows are also crystal clear. Blast any song on these babies, you’ll know what I’m talking about. 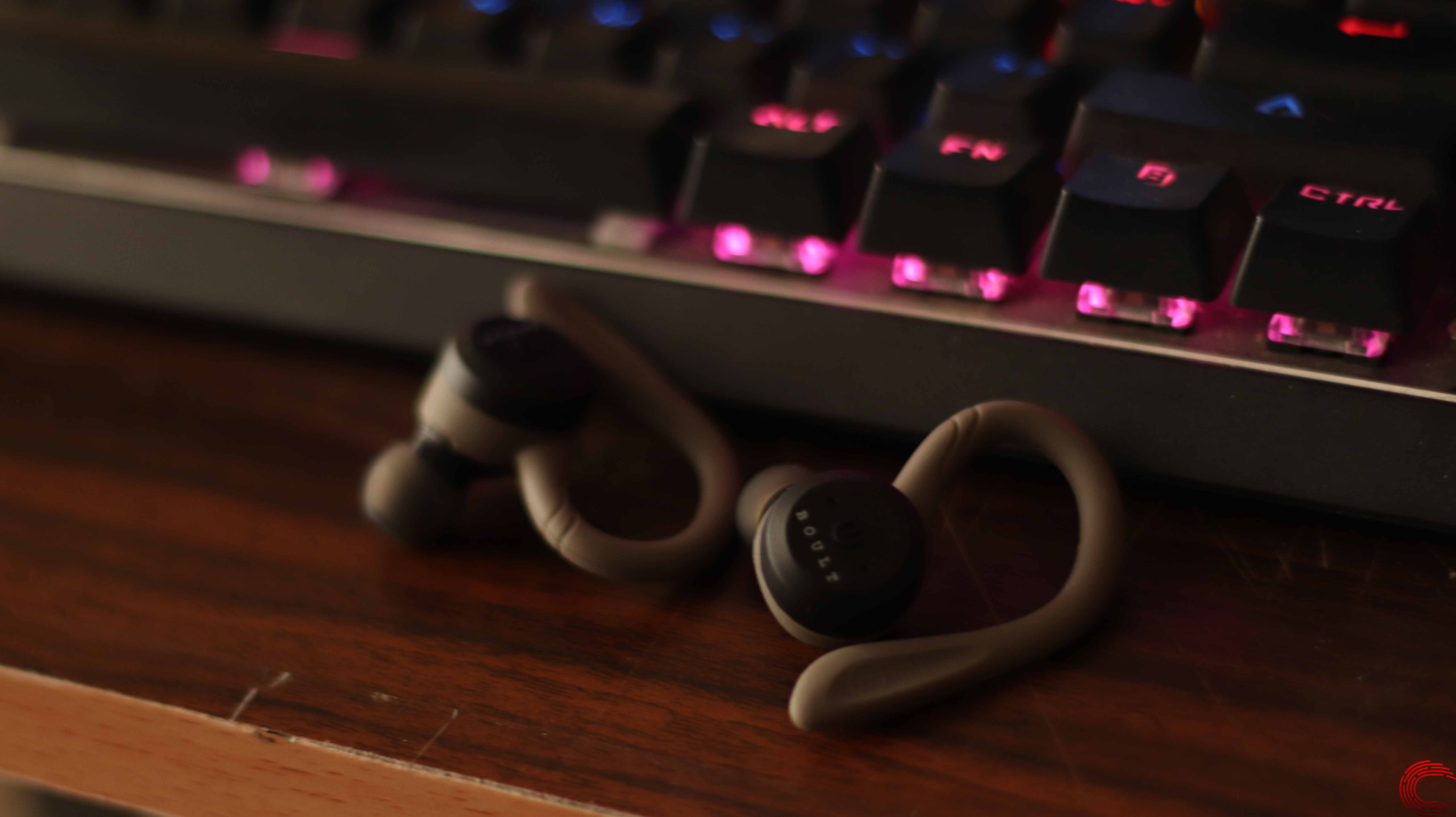 Moving on, Boult claims that the earphones last 3-4 hours on a full charge. I found this to be spot on true. On full volume, the earphones easily last me four or sometimes even five hours of play time.

Since they’re Bluetooth 5.0, you get battery info on your device (assuming your device is Bluetooth 5.0 too), last longer battery wise and there’s no lag whatsoever while watching/streaming videos.

They also have buttons on each earbud for play/pause and next/prev. Long pressing any button launches Google Assistant or Siri.

Voice calls are stereo, as compared to mono on most other earphones in this range. Mic reception can be a bit shady though.

Both the earbuds pair automatically with each other and then to the device they were last connected to automatically. You can even use them individually.

Surprisingly, there’s also an IPX7 rating on these earbuds. Which means they can easily handle swear and even rain. 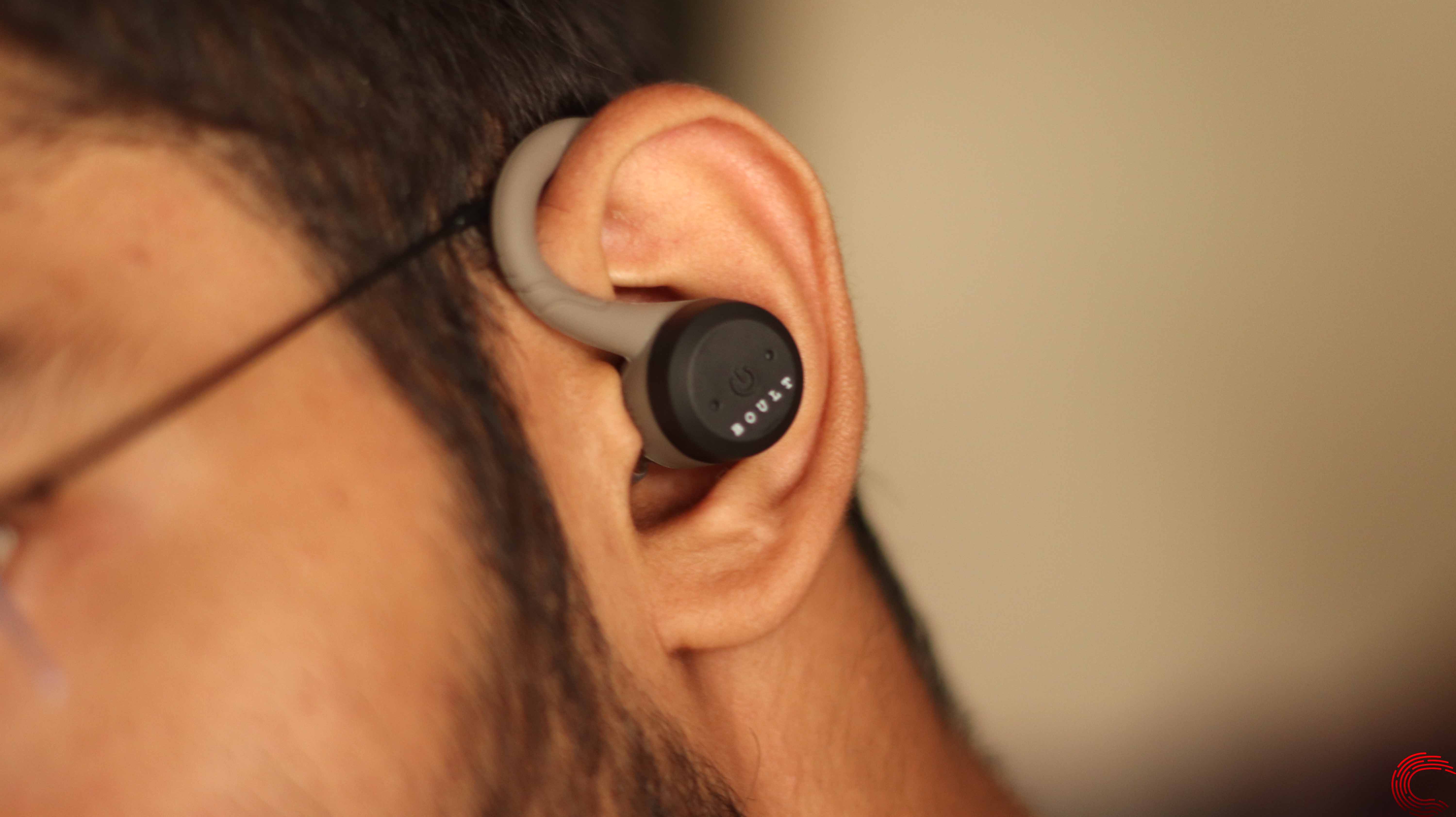 There’s one strange thing though. The earbuds sometimes cut out for like a second or two. This problem becomes very prevalent when I’m riding my bike with the earbuds on. The sound just keeps cutting randomly. My guess on it is interference from other devices, but I can’t say for sure.

One night, I accidentally plugged the charging case the wrong way. It uses a micro USB port so this shouldn’t have had happened, but it did and I ended up with a short circuit in the case.

I emailed Boult support and told them the issue. They asked me to fill a form and courier the earphones to an address. Within the next five days, I had a replacement in hand.

So kudos to the customer support experience as well.

Overall, the Boult Tru5ive are a great pair of wireless earphones available at a great price. You get a little bit of everything and that’s what makes these earphones so great.