Twitter has updated its policy of sharing information with business partners, which now states that users will have less control over their data and how it’s shared.

Before the update, users could prevent Twitter from sharing their data with their digital advertising business partners, which happen to be Facebook and Google at the time of writing — unarguably two of the top names when it comes to data collection.

According to a notification shown to users on the app, “The control you have over what information Twitter shares with its business partners has changed. Specifically, your ability to control mobile app advertising measurements has been removed, but you can control whether to share some non-public data to improve Twitter’s marketing activities on other sites and apps.” 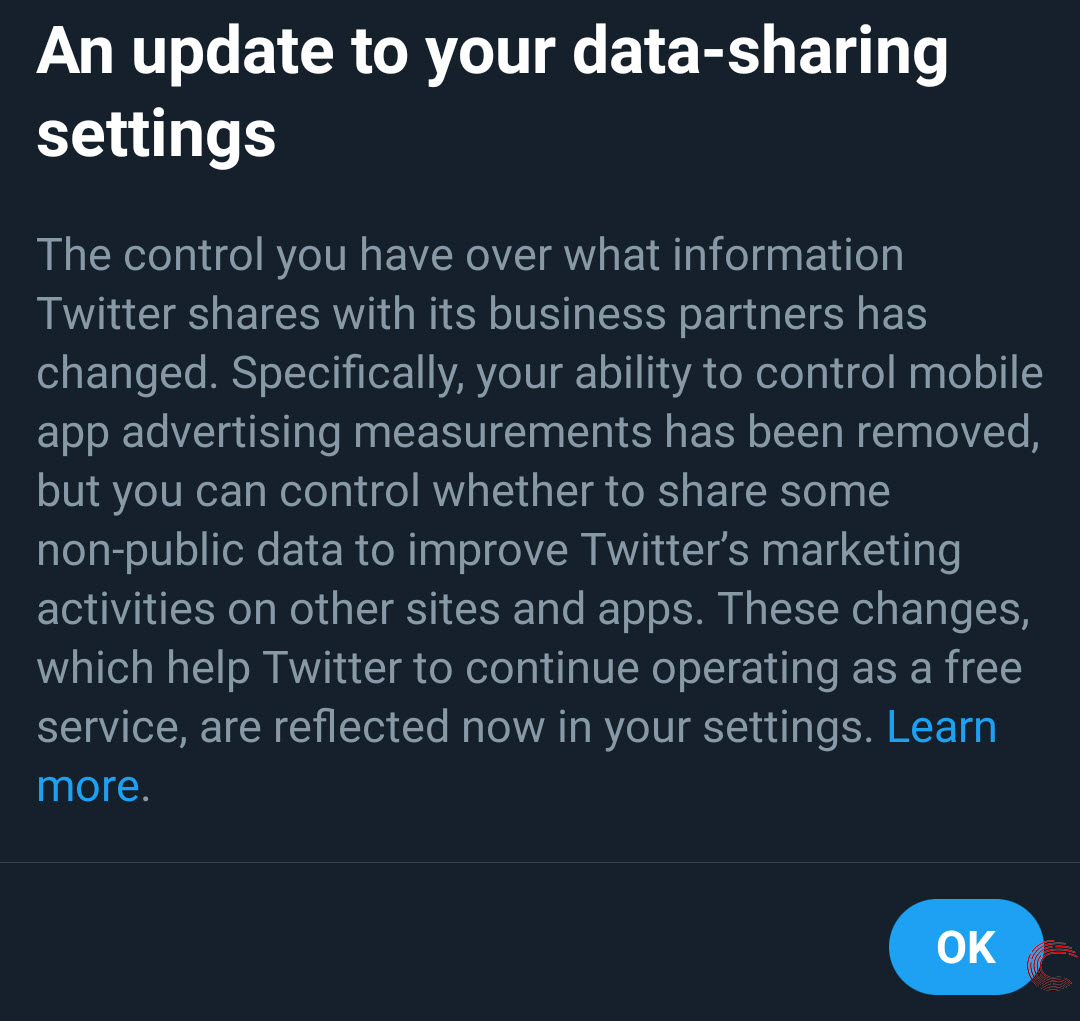 Twitter’s modified policy dictates that non-public personal information such as “IP address and mobile device advertising identifiers for devices that open or log in to Twitter’s mobile apps” will be shared with their business partners to “help measure and optimise the effectiveness of our efforts to market Twitter on those platforms”. It’s important to note that this non-personal data that’s being shared with Twitter’s business partners do not include your name, email address, phone number or username on the platform.

The “additional information sharing with business partners” policy also suggests that not only will Twitter share information with its partners after you’ve signed up on the platform but even before you’ve signed up when you open Twitter’s website or app. The user can not control the data shared as such.

However, users from European Union, UK, or an EFTA state, who has signed up on Twitter before the change in the information-sharing policy won’t have their non-personal public data shared as mentioned above, unless they opt-in to do so.

Twitter’s update to its data-sharing policies with its partners gives more control over user data to Twitter and relatively less power to the users — a move that several other social networking platforms have made in the past few years.

In the News: Google offers Stadia Pro free for two months in 14 countries