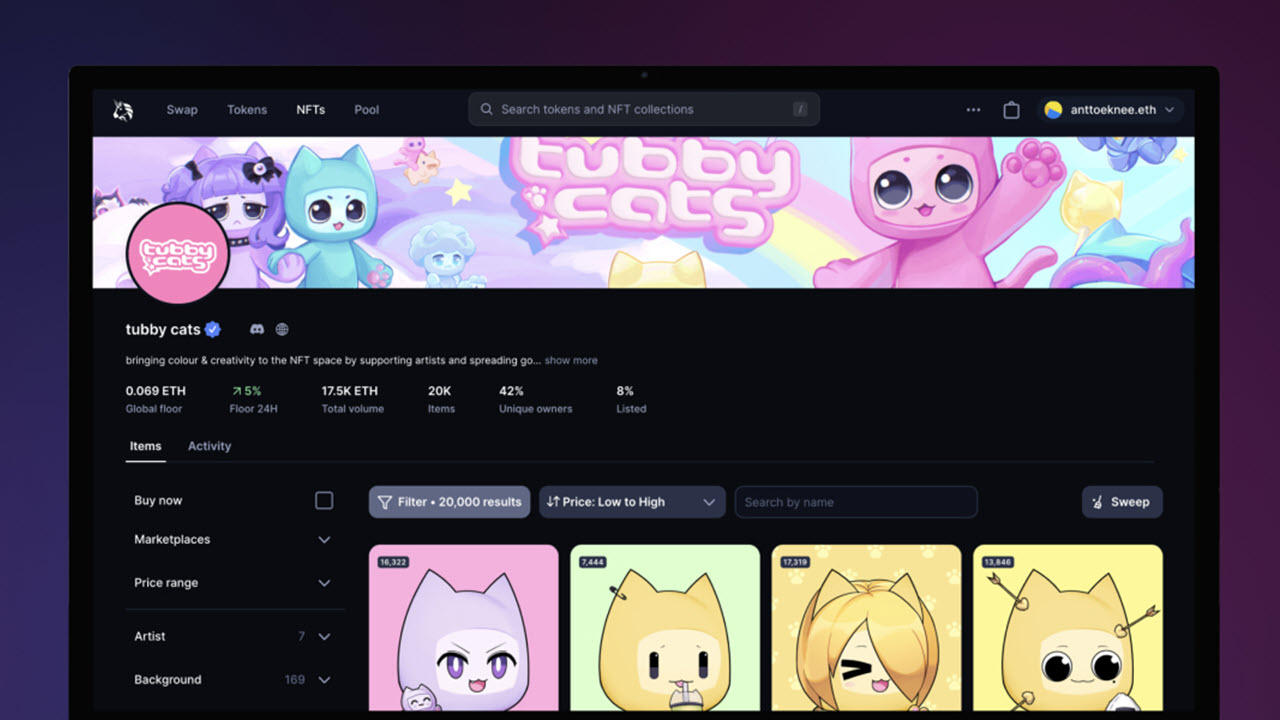 The tool is claimed to deliver better prices, faster indexing, safer smart contracts and efficient execution. Uniswap stated in its announcement that launching NFTs on the platform is the first step in building interoperable experiences between NFTs and ERC-20 tokens — both of which it claims to be “essential to growing the digital economy”.

The platform also claims that its new open-source Universal Router contract can save as much as 15% on gas fees compared to competitors. Furthermore, the platform offers gas rebates capped at 0.01 ETH for the first 22,000 new users who purchase an NFT. The rebate runs from November 30 to December 14 and will be claimable starting January 16, 2023, on the Uniswap app for the next 12 months.

Historical users of Genie, the NFT marketplace aggregator Uniswap acquired in June, will also be taken care of, courtesy of the $5 million airdrop announcement that Uniswap made alongside the NFT marketplace. Users will be airdropped $300 for completing more than one transaction or $1000 for holding a Genie — a Genesis NFT before Uniswap took snapshots in April. Eligible users can claim their airdrops in USDC for the next 12 months.

Lastly, the platform claims to be the first major NFT platform to bring trustless, transparent and open-source principles to its NFT trading service and has open-sourced all its front-end code.

Uniswap’s service will mostly go against Blur, as both platforms target professional NFT traders who continue to brave the market despite the current mishaps. Blur itself launched back in October with backing from venture firm Paradigm.

In the News: LastPass gets hacked again, customer data leaked