What is the difference between Virtual and True surround sound headsets? 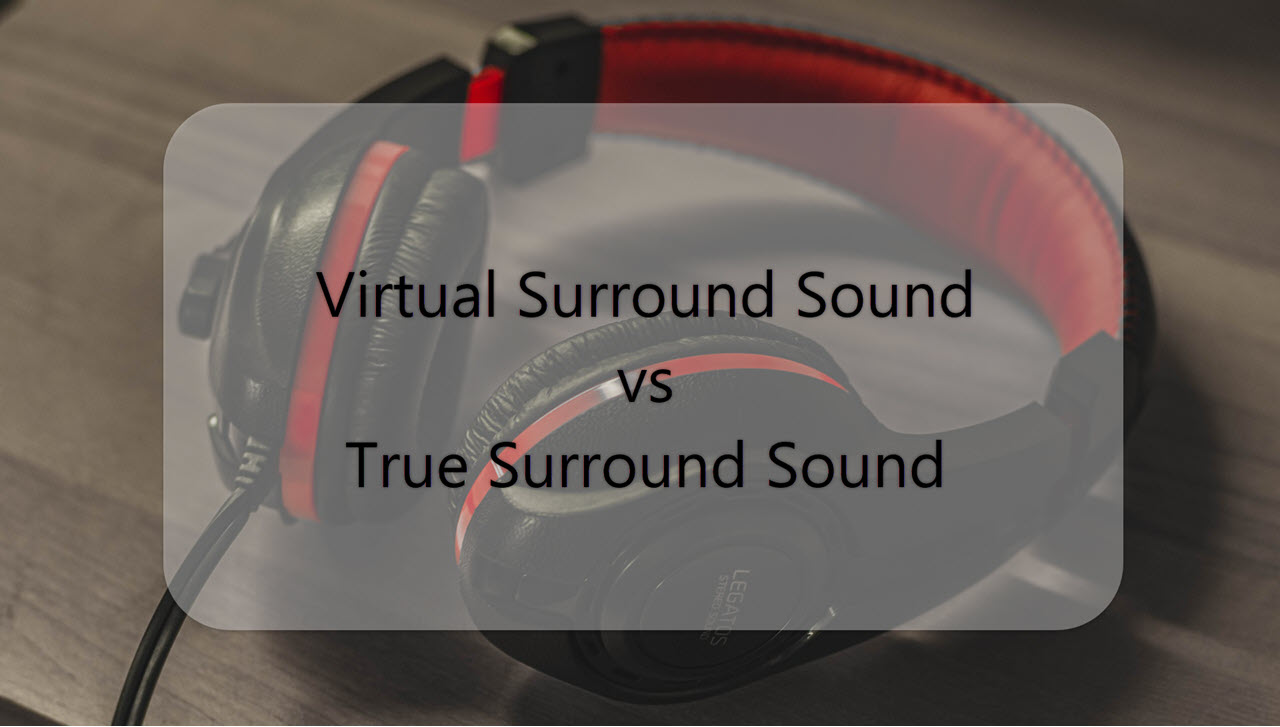 Playing PC games with a good surround system is bliss. It can help boost your performance and prove to be surprisingly effective in fast-paced competitive games by helping you notice every sound of your opponent. When we shop for a headset, we can see many headphones highlighting the surround sound feature, but not every surround sound headphone is the same.

The two most common options you’ll find when searching for headphones are true surround sound and virtual surround sound headphones. How are these two different from each other? Read on to find out.

Virtual Surround Sound headphones tend to play with the listener’s mind. Researchers have worked for years and finally found a way to enhance the software to such an extent that the user can experience surround sound even without the aid of hardware.

For example, assume that someone is speaking to you from your left. The sound will not only be perceived in your left ear but also in your right ear in a lesser magnitude and with a slight, unnoticeable delay. When you turn your head towards the person, both your ears will receive the sound simultaneously and with the same intensity. Regular stereo headphones implement the variation in sound magnitude. But the virtual stereo headphones take it even further by implementing a delay in sound perseverance by a fraction of seconds to fool the brain and give you an experience of hearing the sound from more than one directions at once.

As the name suggests, 5.1 surround sound headphones have five drivers distributed across both ears. There is also a sixth driver for low-frequency bass. The drivers’ position helps implement surround sound effects from all directions.

So, will you pay the ‘extra’ cost for a fantastic gaming or movie experience? Let us know in the comments section below.