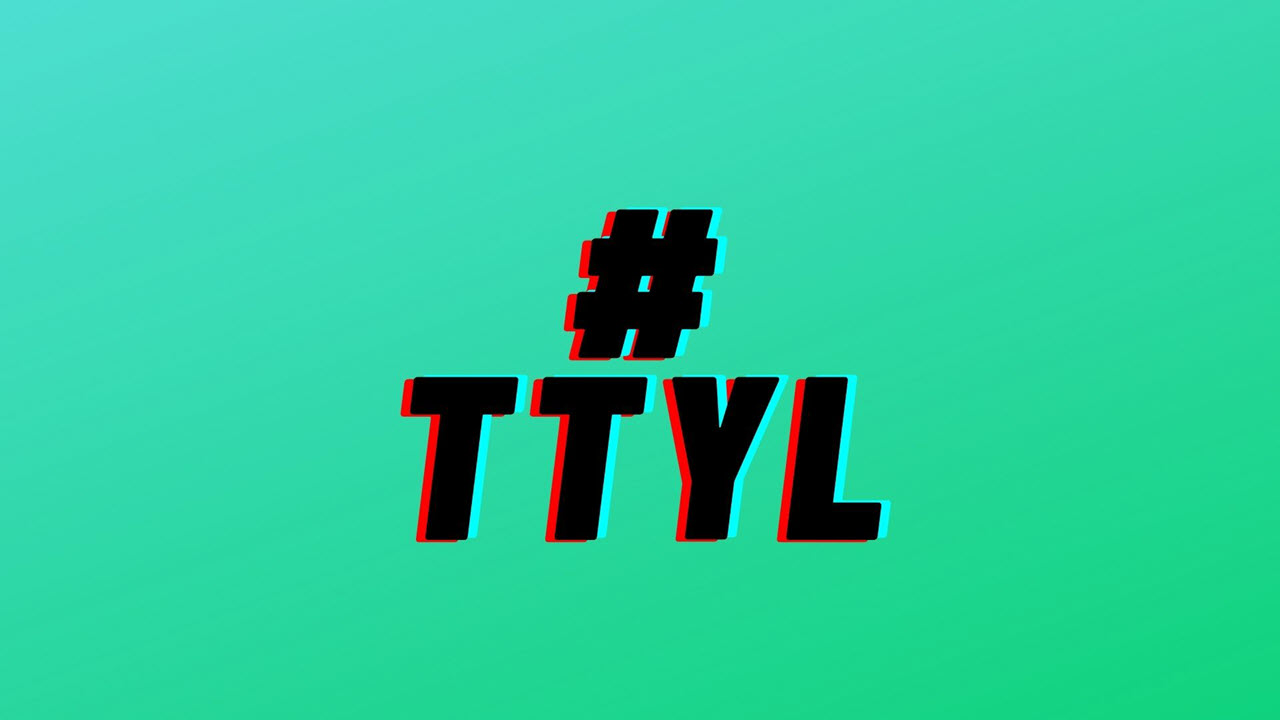 Internet text messaging slangs have their own greetings, including acronyms and abbreviations to communicate among one another. These shorter word forms have been created in different languages for different people. However, among all of this, one greeting that remains consistent and common among all languages is goodbye. A growing slang over the internet to express this greeting is TTYL.

TTYL is a simple text messaging slang used over the messages to indicate common phrases used face-to-face by the people, such as ‘see you soon’ or ‘see you later’. Here we’ve discussed what TTLY means, how to use it, context and alternatives of the word.

Also read: What does WYWTTA mean? How to use it?

What does TTYL stand for?

TTYL stands for ‘Talk To You Later’

It is used to greet someone a goodbye or to express to the receiver that the sender shall communicate with them sometime later in the near future.

Unlike the other acronyms used in the same context — BRB (Be Right Back) or AFK (Away From Keyboard) — TTYL suggests that the sender might take a longer break from talking, such as several hours or even days.

It can also apply to the receiver to stop continuously messaging so that the sender can talk to that person again in a while.

In what context is TTYL used?

TTYL can be used in the context to explain to the receiver that the sender might not be able to take their messages for a certain period of time until they message them back.

It also indicates that the sender wants to communicate with the receiver in future and assures the receiver that a conversation shall take place sometime soon.

Also read: How to measure heart rate and Spo2 levels on Samsung s9?

How to use TTYL?

TTYL is used to bid goodbye in a simple four-letter text. It can be used as shown in the following examples.

If the person is away for a shorter period of time, then to express goodbye instead of using TTYL, a person can use BRB. People also use AFK in the third person to describe if someone is away from their keyboard.

BRB stands for Be Right Back. It means that the sender is away for a short time and shall communicate with the receiver soon and be back at messaging.

AFK stands for Away From Keyboard. It means that the sender is away from typing and cannot communicate via online text messages for some time.

Also read: How to install brushes in Photoshop?