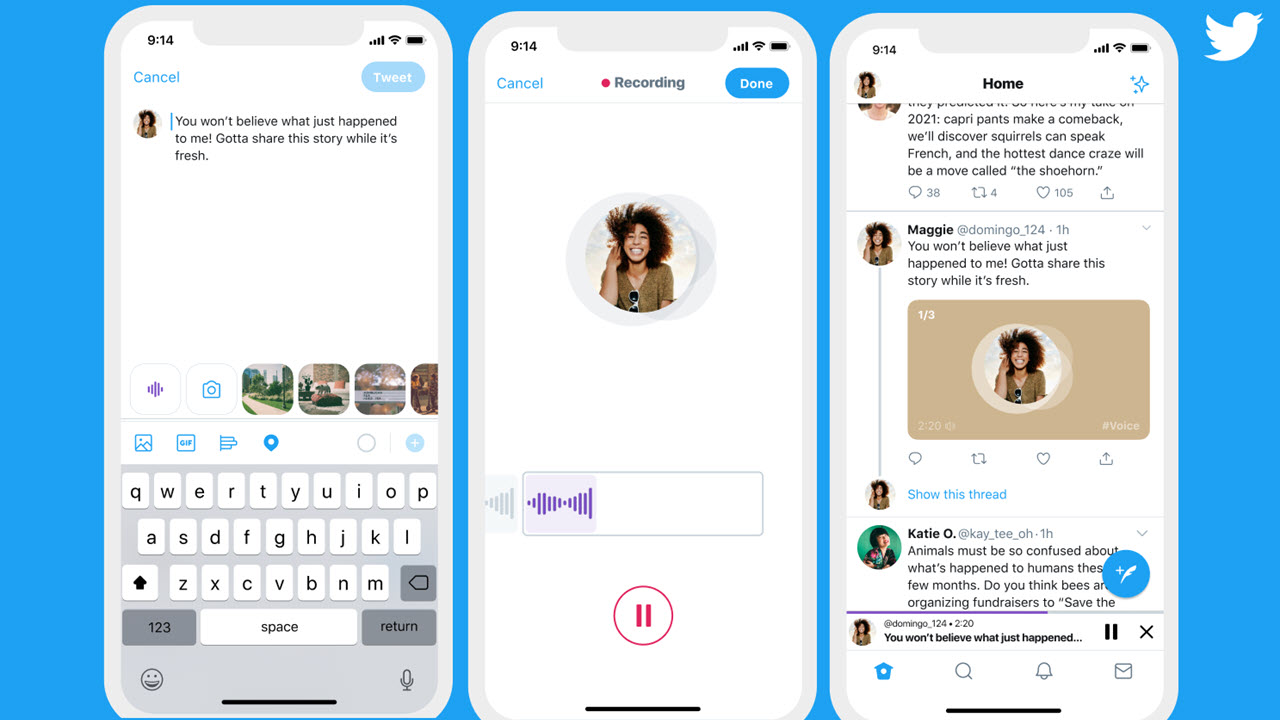 Twitter is rolling out a new feature for iOS users, which will allow them to add a 140-seconds long voice recording to their tweets.

Currently, only a limited number of people will have access to audio recording feature on the social networking platform but every iOS user will be able to record audio tweets in the next few weeks. Meanwhile, everyone will be able to see and comment on audio tweets.

While users can only record 140-seconds of audio at once in a single tweet, if they continue recording after the time has elapsed, the recording will be carried over to the next tweet, automatically creating a thread. Once the recording has been completed, tapping on the ‘done’ button will return the user back to the compose screen.

To start recording audio in a tweet, open the tweet composer and then tap on the new ‘wavelength’ icon beside the camera icon. A record button will appear on the next page below your profile picture; tap on it and the audio tweet will begin recording.

Voice tweets will appear alongside other tweets on people’s timelines and they can tap on the image below the tweet text to listen to the audio recording.

On iOS devices, the audio tweet will start playing in a new window, which will appear at the bottom of the screen and users can keep scrolling their timeline while listening. Audio tweets can also be played in the background while using other apps on the phone.

“Over the years, photos, videos, gifs, and extra characters have allowed you to add your own flair and personality to your conversations. But sometimes 280 characters aren’t enough and some conversational nuances are lost in translation. So starting today, we’re testing a new feature that will add a more human touch to the way we use Twitter – your very own voice,” Twitter announced.