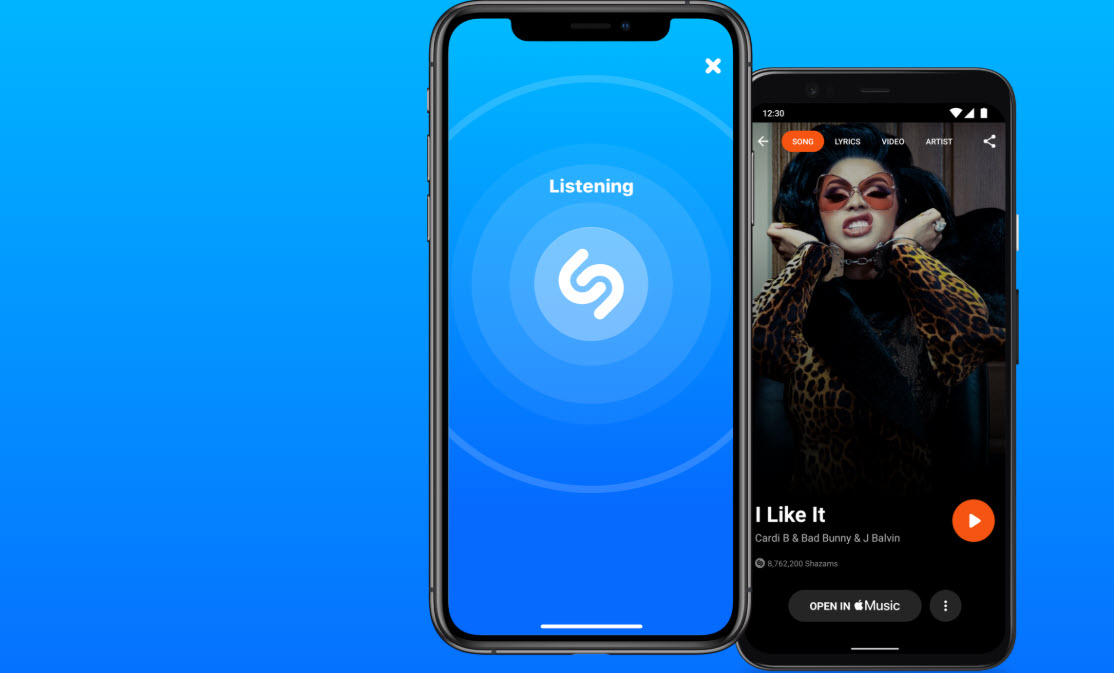 If you liked a song that was playing in the cafe but don’t know the title, it’s easy-peasy as you can identify it using apps built for that exact purpose from the App Store. Shazam is one of the most popular apps when it comes to music recognition. However, there are many other apps out there, which prove to be fantastic at doing the same and here are seven of the cool alternatives for Shazam that will help you identify music quickly.

It is one of the best alternatives to Shazam, which is not only available for iOS users but also Android users. When you try to detect the song playing in your surrounding, the app first listens then identifies the song, and later plays it for you.

No matter how bad you are at singing, this app will also identify that song quickly. You can even interact with the app by saying “Hey SoundHound”. You are allowed to link your Apple Music or your Spotify account to this app. Trending and popular songs can be browsed using this app.

Also read: How does Shazam work?

Save space in your phone by downloading this cool app, which not only acts as a song identifier but also as a music player. As soon as the app is finished identifying the song, it immediately shows the lyrics of the song on the screen. The app has an amazing feature called ‘floating lyrics’ which when switched on will show the lyrics on top of any music video that you play online. You can get lyrics for Apple Music or Spotify or the lock screen itself.

This amazing app allows you to identify lyrics quickly. After placing the song, it plays the lyrics. In a few seconds, you can know what kind of music is playing in your surrounding. You can also see the artist of the song alongwith the title and full lyrics of the song. A year of Lyrics Mania Premium will cost you $5.99.

Also read: How much does Grammarly cost? Is Grammarly Premium worth it?

Songs can be identified super quickly. It is a great app and a strong competitor to Shazam. After identifying the song, all of its information is displayed on your screen. You can even add a note to the recognised song. Other songs of the artist alongwith similar artists, are also shown to you. Its simple interface makes it much easier to identify the song.

The app not only identifies the song but also displays the lyrics alongwith the music video (if available). After finding the song, you can play it directly on your phone via Apple Music, Spotify, and much more. Opening an account on this platform will let you interact with others, check out the top songs and play them directly through the app of your choice.

This simple app interface makes it easier for you to identify songs. After the song in your background is identified, this app provides you with the option to play the song on YouTube. When the music is identified it will tell you the title, about the artist, and any other information available. The app is fast in identifying songs. You can even check the history.

You can quickly identify the song playing in the background by just saying, “Hey, Siri, what song is this?”; all you need to do is ask, and you will get the answer. Siri will identify the song in a matter of seconds and will ask whether you want the song to be played on Apple Music.

Also read: How to record on SoundCloud?