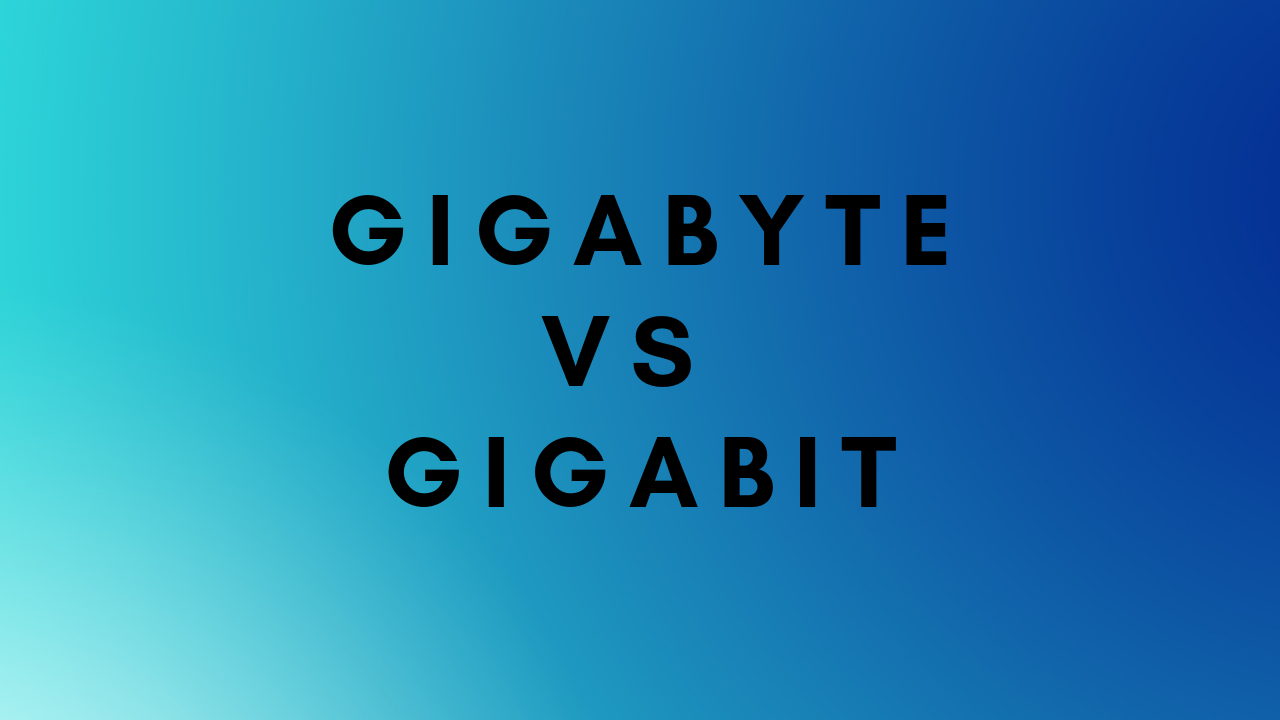 First, for the sake of clarity, let’s get this out off the way. A Gigabyte is much bigger than a Gigabit. With that out off the way let me explain further. A lot of people confuse gigabyte and gigabit as they sound similar. They both indicate a unit of measure in digital information or computer storage.

Some hosting companies also use them to make their offerings substantially more prominent than their competitor’s which is why people often get confused.

What are they and How different are they from each other? Let’s dive deeper to address these questions.

Gigabyte is the most commonly used term out of the two. It is mainly used while describing disk-space or memory of a PC and also by VSP or other hosting companies as they mostly deal with digital data.

A Gigabyte is 1,000,000,000 bytes. On the data chart, it stands after megabyte and before terabyte. Gigabyte is mainly indicated by ‘GB’.

A Byte, on the other hand, consists of 8 bits. Yes, 1 Byte is = 8 Bits. This is much more complex and obviously, allows more data storage in them.

A gigabit is similar, but the core difference is found in bit Vs. Byte a gigabit represents only 1,000,000,000 bits you must note that 1byte=8bits. Gigabit is denoted by ‘Gb’.

A bit is a binary unit meaning that it’s either “1” or “0”  to a computer its a “Yes” or “No.” This is the purest form of information you can code into your computer.

How different are they from each other? Where does it matter?

Many websites hosting companies employ gigabytes to measure their storage, ram, and bandwidth. This factor is crucial because if they are using gigabits, you may be getting eight times less compared to gigabytes.

The most crucial time you will need to realise the difference between Gigabyte vs Gigabit is when you are using a dedicated server hosting. This will make a massive difference in terms of pricing and value you might end up paying more because of this technicality.

You might be asking, why aren’t following the same data units to measure their offerings? You might even be tempted to call them shady, but using bits and bytes go beyond marketing strategies.

As a general rule of thumb, you should only use gigabits for interface speed and gigabytes for storage. Calculating multiple forms of data such as memory and bandwidth require companies to utilise different factors which work better with either unit — hence the confusion.