Over the past half-decade GIFs have become popular for communicating on various messaging apps or while replying to comments on social networks, so today, Google is introducing ‘Share GIFs’ section in Google Images.

According to Google, over the past five years, search interest in GIFs has tripled, and Share GIFs is meant to help people search and share GIFs over the internet quickly and smoothly.

Users will be directly able to share the preferred GIF on Google Image search to different apps including Gmail, Hangouts, WhatsApp and Android messages.

The new Share GIFs feature has been rolled out on Google Images starting Thursday and will be available on Google app for iOS and Android, and on Chrome for Android. It will be brought to other mobile browsers soon too.

The new feature is powered by Google’s GIF search engine, which has seen immense growth since they acquired Tenor — a GIF platform for Android, iOS and PC — in March 2018. 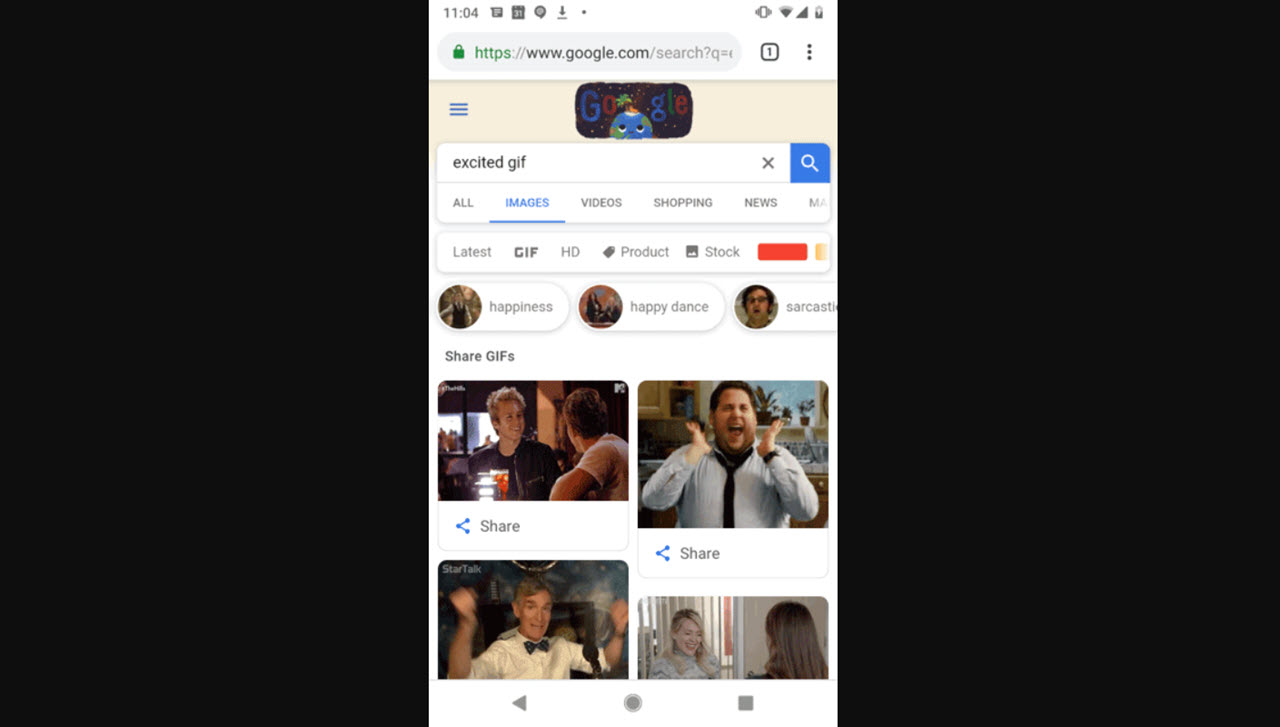 These shareable GIFs will be created by Google’s partner streaming services, movies studios and YouTube creators. Anyone who wishes to submit their GIF can upload it to Tenor.com. If you’re a GIF platform or creator looking to partner with Google, contact them here.

“GIFs appear in this section based on how likely they are to be shared so that you can find a GIF that captures exactly what you want to say,” says Kyler Blue, Product Manager, Tenor.

Earlier this month, sync update for Google Photos and Drive were announced. You can read about them here.

Also read: Under display cameras are here – a look at what is to come in the future